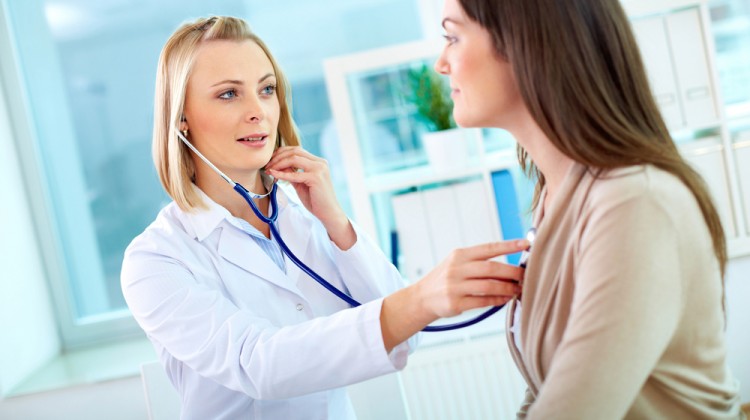 ARAB HEALTH 2019: ACCESS TO SURGERY IS ESSENTIAL FOR WOMEN DIAGNOSED
WITH ENDOMETRIOSIS

Improved access to specialized surgery could significantly reduce pain and improve fertility for women diagnosed with endometriosis, a leading international physician said today during the Arab Health conference in Dubai.

Dr. Tomasso Falcone, M.D. is past Chairman of the Ob/Gyn & Women’s Health Institute at Cleveland Clinic in the United States, and now Medical Director of Cleveland Clinic London, with more than 25 years of clinical and research experience treating endometriosis. Speaking on the sidelines of Arab Health, Dr. Falcone said improved rates of diagnosis had increased the number of women seeking treatment. He said medication could control the symptoms for some patients, but for more serious cases surgery was the best option to reduce pain.

“We have definitely seen an increase in the number of women being diagnosed with endometriosis, and that is linked to improved awareness going back over the past 10 years or so,” said Dr. Falcone. “Part of that is because doctors are listening to their patients better, and referring women showing symptoms for more specialized tests. In the past, many signs of endometriosis – such as heavy bleeding or pain during a woman’s period – were often misinterpreted.”

Endometriosis is a condition where fragments of endometrium – the inner lining of the uterus – grow in the wrong place, such as the ovaries, or sometimes on the fallopian tubes, the vagina, the peritoneum, or the intestine. During menstruation, the tissue bleeds, just like the endometrium inside the uterus, and surrounding tissue may become inflamed. Over time, scar tissue and cysts can form.

The condition can cause symptoms including very painful menstrual cramps, abdominal cramps or back pain during menstruation, or painful bowel movements. Women with endometriosis may also have difficulty becoming pregnant.

Endometriosis can only be fully diagnosed by a laparoscopy, where a small scope is inserted through a keyhole incision in the abdomen to search for endometrial growths. Surgery can range from draining and then removing its base with laser or electrosurgery; cutting away of the cyst wall; or cysts can be drained, treated with medication and then removed later.

“The treatment is based on how advanced the disease is, using a scale from stage-one to stage-four,” explained Dr. Falcone. “For a smaller scale of disease, the patient can be treated with medication or minor surgery, but more advanced stages of the disease can require more complex surgery to improve pain.”

As part of Arab Health, Dr. Falcone spoke in a debate on the relative merits of a surgical approach to fertility preservation for endometriosis patients, compared with in-vitro fertilization (IVF). While Dr. Falcone said IVF was often effective in helping women conceive, he argued surgery should be the first step for patients experiencing more serious pain.

“If you are focused only on infertility, then IVF is relatively straightforward and there is less risk, but this is uncommon,” he said. “Many women experience pain as well as infertility. You cannot separate these symptoms, and the patient wants you to deal with them both.”

For the most advanced cases, a hysterectomy – removing the uterus and other parts of the patient’s reproductive organs – is also an option, but this also removes the woman’s ability to carry a child.