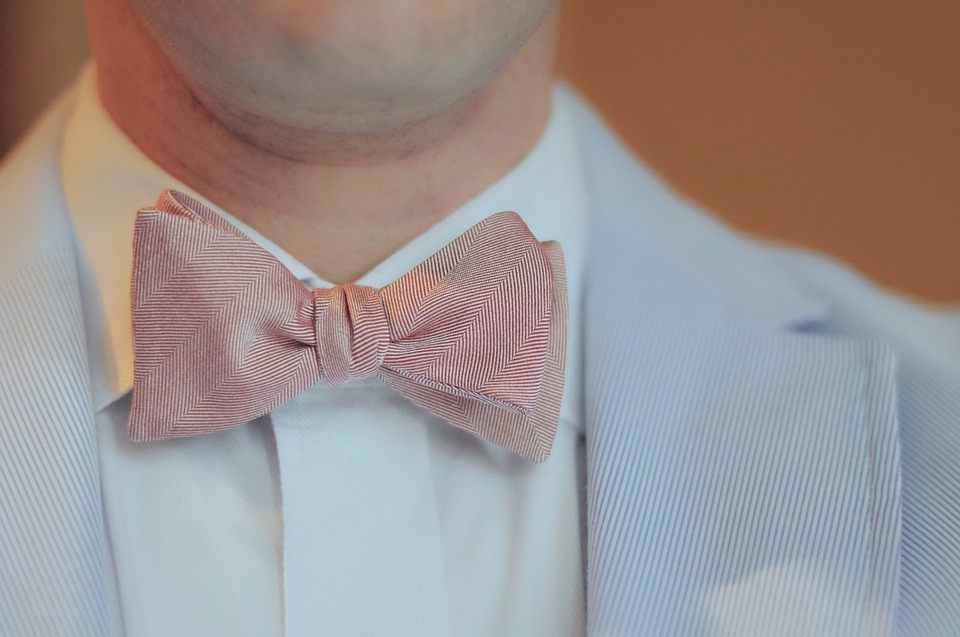 Can a pink tie signify a ‘rosier’ economy?

Do you ask yourself each morning, what should I wear today?

For men this a quick question with – generally – a quick answer; it’s either business suit or casual shirt and trousers. In both cases the choice of colors is not difficult either… men do not use as varied a range of colors if compared to women’s clothing. So this decision is relatively easy and the choice is limited. But when it comes to ties, here comes the question, which color should you wear? It’s a simple question for an answer that might not be as shallow as you might think!

Some of us may have noticed men trying to insert some adventurous new colors into their selection of ties, and we might think that it must be ‘the latest trend’ or that their favorite designer is experimenting with lighter or more outrageous colors! In fact it’s not always the case at all…

Robert Allsbrook, chief economist at te US’s Regions Bank, does not take the colour of a man’s tie for granted.  As an economist, he looks into the choce of colour from an altogether different angle. He says, “Look for pink ties. Men and women wear bright colours when they feel confident, and drab beige colours when they feel bad”. He feels that men’s ties are a leading economic indicator because they’re an inexpensive way to update a wardrobe; just as a new lipstick/nail polish combination can be an indicator for females, ties do this for men.

Even the width of a tie has something to express about the economy, with men tending to wear wider ties when they feel sales are bouyant and the market is good, whereas they wear narrow ties in difficult economic situations.

At Milan’s menswear fashion week of 2009, just a few months after the financial crisis started, designers said the global financial crisis remained firmly on their minds as they premiered their designs to buyers.

Burberry Creative Director (and soon to be CEO later in 2014), Christopher Bailey, told Reuters in 2009 after his show that it was important for designers to keep the global economic context in mind.

So if you see many of the fashion houses producing men’s clothes in brighter hues, it can mean only one thing: The global economic recovery has truly started!