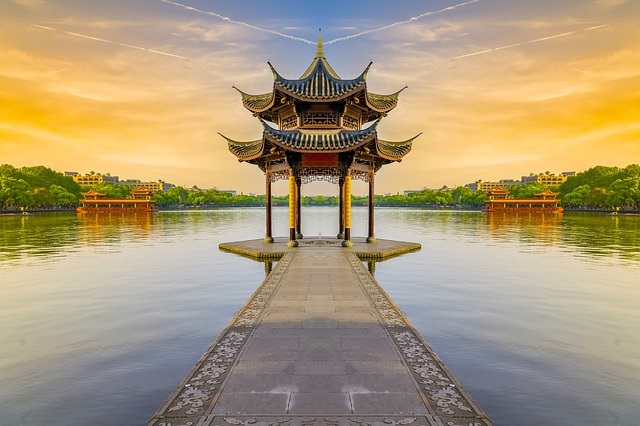 After an 8% decline in Q3 2021, the aggregate market capitalization of the top 50 APAC companies attained stability with a marginal decline of 0.7% over the previous quarter to reach $7.9 trillion in Q4 2021, of which Chinese enterprises accounted for more than 50%, according to GlobalData, a leading data and analytics company.

The list is dominated by companies from China, which had 26 companies, followed by 10 from Japan, five from India, three from Australia, two each from Hong Kong and South Korea, and one each from Singapore and Taiwan. 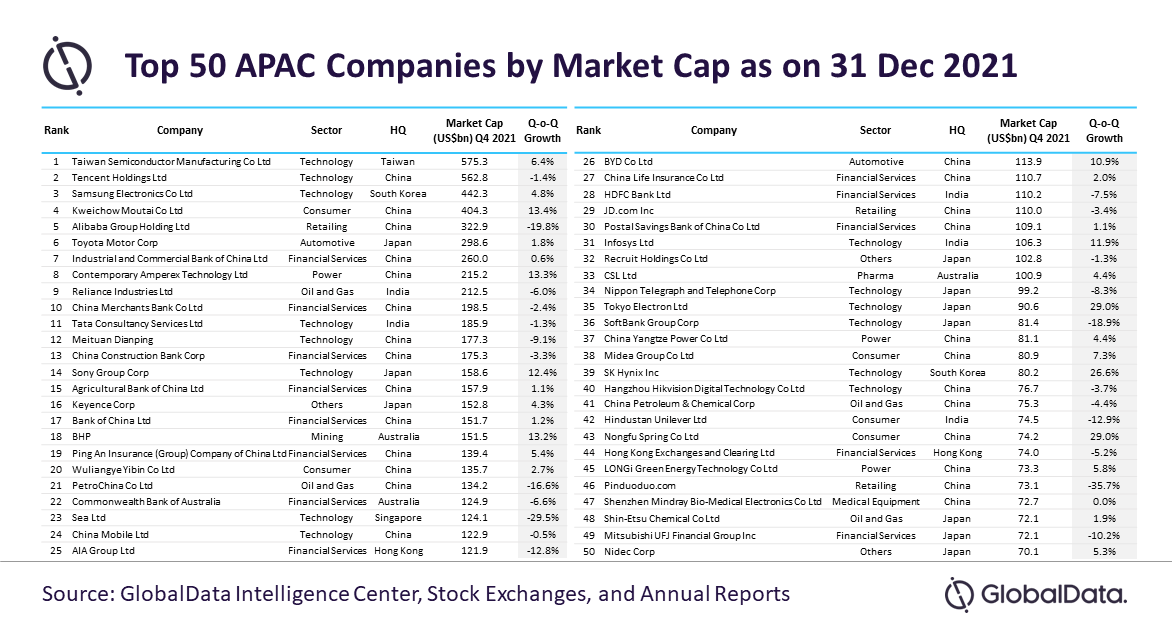 Yet, there were a few notable drops in market values. There was about 35.7% drop in Pinduoduo.com as Tencent sold its significant shares of Sea Ltd, which also led to a 29.5% drop in market value of Sea. Investors believe Pinduoduo could be the next target after Tencent off-loaded its stakes in Sea and JD.com. 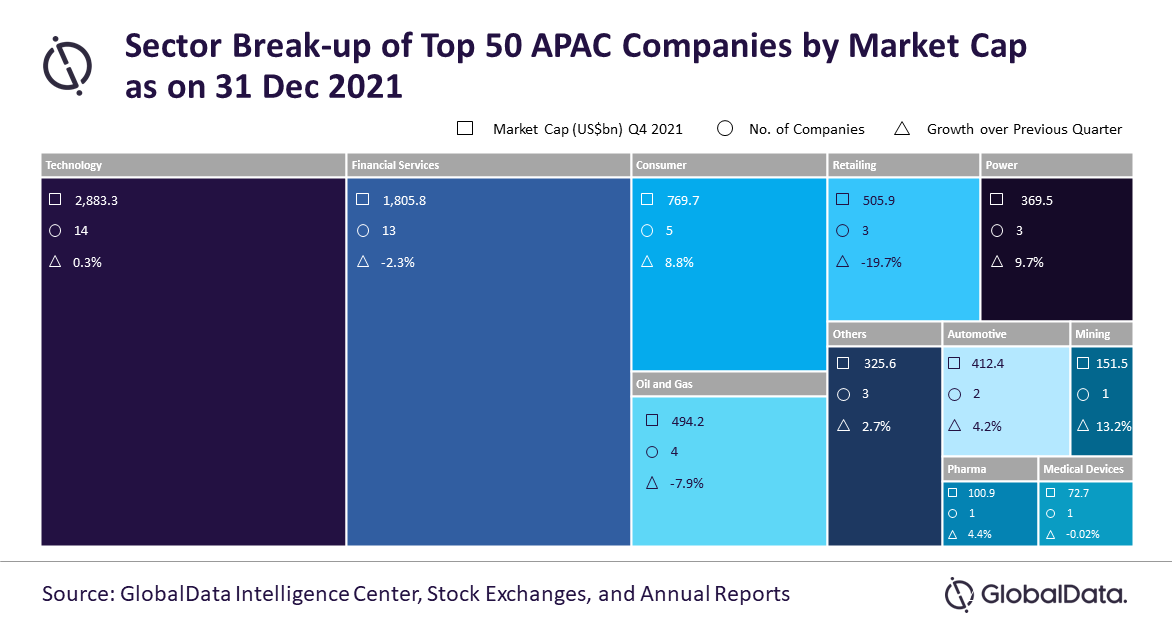 The top performers from the list were Tokyo Electron, Nongfu Spring, and SK Hynix, whose market values grew by 25% or more.

Tokyo Electron’s stellar net sales and profit growth rates in the first half ending September 2021 were 39.6% and 78.7%, respectively, over the corresponding period in 2020. The growth was majorly driven by the expansion of semiconductor production equipment market in view of booming demand for semiconductors across the globe. As a result, the company surpassed its earlier profit forecast by 8% to JPY400bn for FY2022.

Bottled water giant Nongfu Spring witnessed its market value soar by 29% over the previous quarter. For the six months ended June 2021, the company registered a substantial growth of 31.4%, 33.7%, and 40.1% in its net sales, gross profit, and net profitability, respectively, over the corresponding period in 2020.

Amid semiconductor shortage worldwide, SK Hynix moved forward towards the acquisition of Intel’s NAND memory business as it completed its first phase, which bolstered investors’ confidence. It translated into the company’s market value growing more than 26% over the previous quarter.

Some of the other better performers were Kweichow Moutai, Contemporary Amperex Technology, Sony Group, BHP, BYD, and Infosys, which registered more than 10% growth in their market value.

In terms of sector break-up, technology companies led the list with a count of 14 and aggregate market value of $2.9 trillion, followed by 13 financial services enterprises with a combined market value of $1.8 trillion.