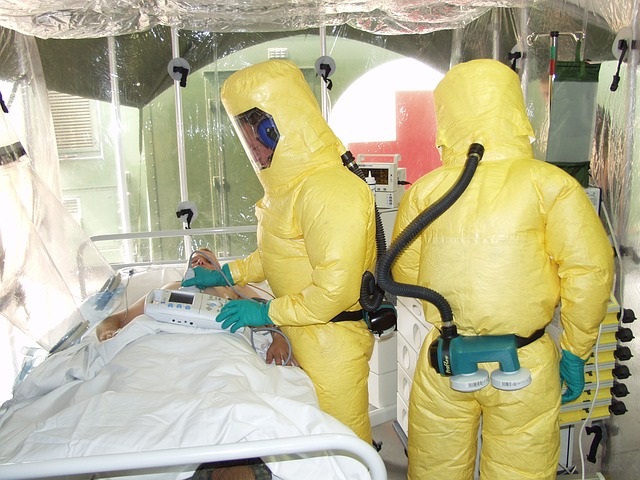 On 16 December 2021, the Ministry of Health (MoH) of the Democratic Republic of the Congo (DRC) declared the end of the Ebola virus disease (EVD) outbreak that affected Beni Health Zone (HZ) in North Kivu Province, DRC. The declaration was made in accordance with WHO recommendations , 42-days after the second negative test of the last confirmed case.

Between 8 October to 16 December, a total of 11 cases (eight confirmed, three probable) including nine deaths and two survivors have been reported from Beni HZ. Of the nine deaths, seven were in the community and two occurred at the Ebola Treatment Centre (ETC). The overall case fatality ratio (CFR) is 82% (9/11) among total cases while 75% (6/8) among confirmed cases.

This outbreak was declared on 8 October 2021 when the index case; a 3-year-old boy developed symptoms including physical weakness, loss of appetite, abdominal pain, breathing difficulty, dark stool and blood in their vomit and later died on 6 October (for more details, please see the Disease Outbreak News published on 10 October 2021).

On 7 October, samples were tested using reverse transcription polymerase chain reaction (RT-PCR) at the National Institute of Biomedical Research (INRB) laboratory in Beni. These were later sent to the Rodolphe Mérieux INRB Laboratory, Goma on 8 October and EVD was confirmed by RT-PCR on the same day. This event followed a cluster of three deaths (two children and their father) who were neighbours of the index case. These three patients died on 14, 19 and 29 September after developing symptoms consistent with Ebola, however, none were tested for the virus. Full genome sequencing, performed by the INRB in Kinshasa city, from the initial confirmed case indicates that this outbreak was not the result of a new zoonosis from an animal reservoir but was linked to a persistent Ebola virus infection.

During the outbreak period (8 October to 16 December 2021), three (16%) of the 19 health areas in Beni HZ reported confirmed cases, namely, Butsili (six cases), Bundji (one case) and Ngilinga (one case). Children under the age of five years accounted for 50% (4/8) of all confirmed cases. To date, all contacts completed their 21-day follow-up period and were discharged from active follow-up.

The Ministry of Health (MoH), together with WHO and other partners, initiated measures to control the outbreak and prevent its further spread. The MoH activated the national and district emergency management committees to coordinate the response. Multidisciplinary teams were deployed to the field to actively search and provide care for cases; identify, reach and follow-up contacts; and sensitize communities on the outbreak prevention and control interventions.

In addition, the following public health measures were taken in response to the EVD outbreak;

The current re-emergence of EVD is the fifth outbreak in less than three years. The last EVD outbreak was reported in North Kivu Province earlier this year in February and was declared over on 3 May 2021 (for more details please see the Disease Outbreak News  published on 4 May 2021)

All probable and confirmed EVD cases were identified in three health areas of Beni HZ, within the densely populated city of Beni.  WHO continues to monitor the situation and the risk assessment will be updated as more information is available.

WHO has noted that although the current resurgence is undesirable, it is not unexpected given the fact that EVD is enzootic in the DRC and the Ebola virus is present in animal reservoirs in the region; it means that the risk of re-emergence through exposure to an animal host cannot be excluded. In addition, it is not unusual for sporadic cases to occur following a major outbreak. The Ebola virus can persist in certain body fluids of EVD survivors. In a limited number of cases, secondary transmissions resulting from exposure to survivors’ body fluids have occurred. Therefore, maintaining collaborative relationships with survivor associations while monitoring survivors is a priority to mitigate any potential risk.

Re-emergence of EVD is a major public health issue in the DRC and there are gaps in the country’s capacity to prepare for and respond to outbreaks. A confluence of environmental and socioeconomic factors including poverty, community mistrust, weak health systems, and political instability is accelerating the rate of the emergence of EVD in the DRC.

WHO considers that ongoing challenges in terms of access and security, epidemiological surveillance, coupled with the emergence of COVID-19, as well as ongoing outbreaks such as cholera and measles might jeopardize the country’s ability to rapidly detect and respond to the re-emergence.

WHO advises the following risk reduction measures as an effective way to reduce EVD transmission in humans:

Based on the current risk assessment and prior evidence on Ebola outbreaks, WHO advises against any restriction of travel and trade to the Democratic Republic of the Congo.