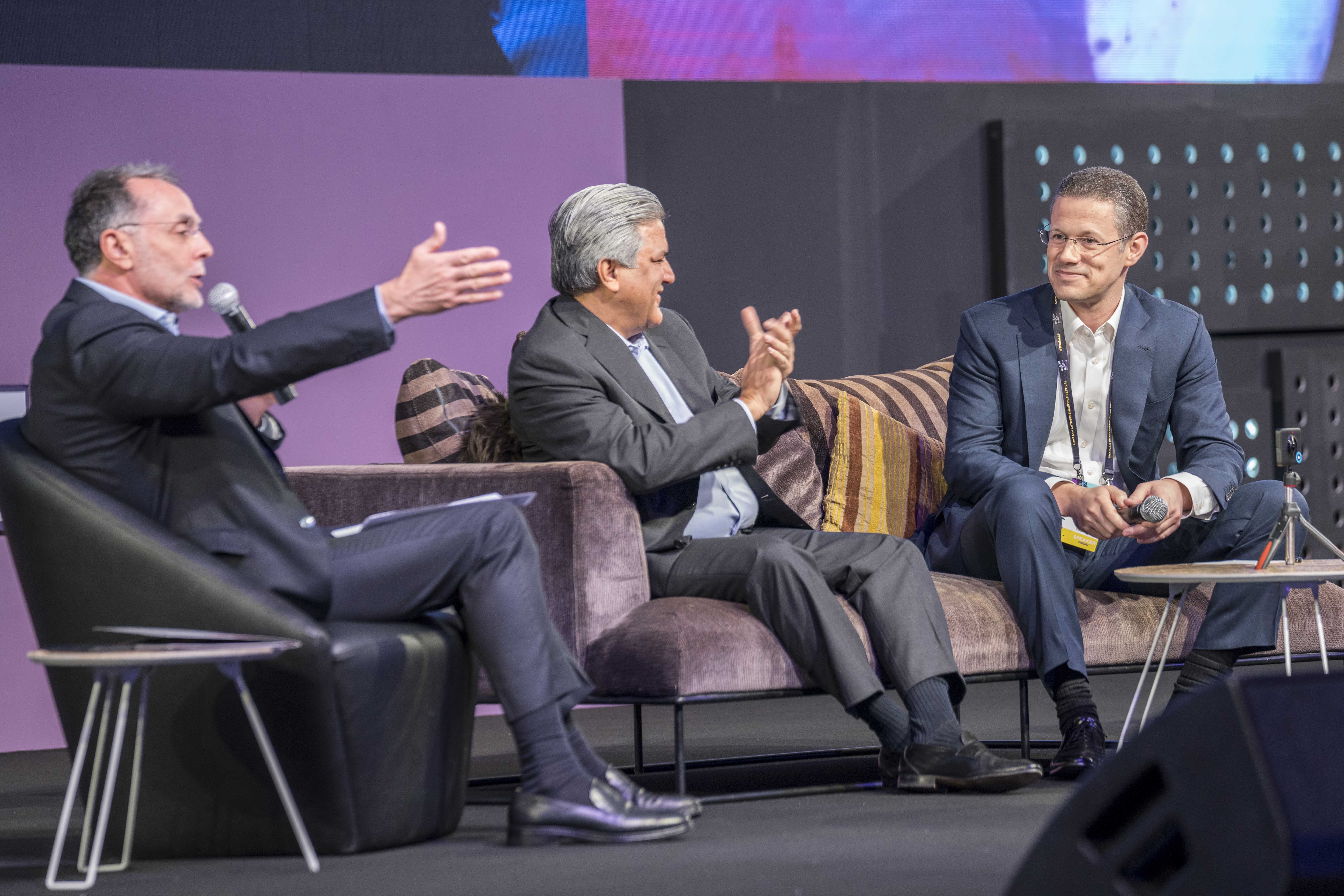 Crescent Enterprises yesterday launched a corporate venture capital arm, with plans to invest US$ 150 million over the next three years, making it one of the largest corporate venture units in the Middle East and North Africa.

The announcement was made by Crescent Enterprises CEO, Badr Jafar, who was speaking on a keynote panel along with Abraaj Group CEO Arif Naqvi and Wamda Executive Chairman Fadi Ghandour, during the Sharjah Entrepreneurship Festival, currently underway at the Sharjah Golf and Shooting Club.

Over the years, Crescent Enterprises has made strategic investments in funds such as the Abraaj Group, Growthgate Capital, Wamda Capital, and TVM Healthcare, to name a few. The Company also launched in-house incubator, CE-Ventures, which is committed to incubating financially-sustainable and socially-conscious businesses. This new venture capital arm, CE-VC will focus on strategic direct investments in early to later-stage start-ups across the world.

Along with the announcement, Badr Jafar said: “Over the years, Crescent Enterprises has invested in a number of high-growth sectors from ports and logistics to healthcare, recognising the strong business case to diversify. We have also been quietly active in the corporate venture capital space. In fact, over the past two years, we have made one investment every month on average. In the last six months alone, we have invested in a wide range of start-ups from a Silicon Valley-based drone company for the industrial sector and robotic surgery technologies, to an e-commerce platform for fisheries in India. We also seeded entrepreneur graduates from the American University of Sharjah who are developing an artificial intelligence project management system.”

He added: “In the Middle East we are approaching a juncture where the private sector needs to drive the next wave of innovation and growth, whilst at the same time addressing our region’s most acute social, economic and environmental challenges. It is clear to us that alongside our existing businesses, corporate venture capital is a powerful way to achieve this, and therefore it is the right time to formalize this rapidly growing side of our business. It gives me great pleasure to announce today that we are creating Crescent Enterprises’ Venture Capital arm, CE-VC, which will invest US$150 million over the next three years, 50 percent of which will be targeted towards start-ups across the MENA region. As of today, CE-VC is officially open for business.”

“This step is central to our long-term strategy as we prepare for tomorrow’s business environment and strive to generate positive impact in the societies and economies within which we operate. This also directly ties in with our ambitions to put the region on the map as brand-creators, rather than simply brand-adopters.” Badr Jafar added.

With existing operations in sectors including ports and logistics, power and engineering, business aviation and healthcare, spanning across several markets and employing over 4,500 people, Crescent Enterprises is the diversified subsidiary of Crescent Group, one of the most progressive family business groups in the region that has been actively contributing to the economic landscape of the Middle East and North Africa (MENA) Region for over 45 years.