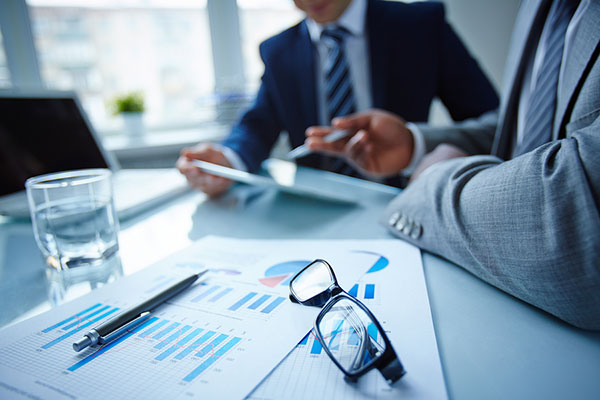 Companies in the Gulf Cooperation Council (GCC) are increasingly under price pressure because of clients’ growing negotiation power and overall lower demand. But they can counteract through effective price management. International counterparts show the way.

Eight of ten companies across industries worldwide are worried about rising price pressure. Many of the companies (49 percent) even say they are actively engaged in a price war. This is a key finding of the Global Pricing Study 2016*, conducted for the fourth time by the global strategy and marketing consultancy Simon-Kucher & Partners. Approx. 2,200 managers in leading positions from more than 40 countries and a wide variety of industries participated in this year’s study. The implication of the international numbers is alarming for companies in the region: In light of the sharp decline in oil prices since 2015, governments in “oil-dependent” economies such as the GCC have considerably reduced their spending. The results: Especially here clients’ stronger negotiation power and overall lower demand put local businesses under intense price pressure.

Measures against the negative impact of the oil price development in the GCC range from reduced energy subsidies to lower total government spending and have increased the pressure on companies from two sides: higher costs of goods sold (COGS) on the one hand, and strong pressure to reduce their prices due to lower customer demand on the other hand. As a result, it has become very difficult for companies in the region to improve profit margins. However, this hot topic is universal, as the results of the Global Pricing Study show: Only six out of ten companies worldwide indicate they have managed to increase their margins over the previous year and companies’ margins will decline by an average of 0.7 percentage points this year. Based on his long-time consulting experiences, Lovrenc Kessler, Managing Partner of Simon-Kucher’s office in Dubai, puts these international findings into local context. “There’s no doubt that the situation in the GCC is even worse, since in many industries increases of COGS are leading to cost increases by up to five percent, bringing down profits even further,” explains Kessler.

The most successful companies handle their pricing more professionally

Most companies questioned admit that they have invested too little in price management. In fact, 87 percent of the international study participants indicate that there is considerable need for improvement regarding price strategy, price control, and supporting tools. The ‘best’, in other words the Global Pricing Study’s top 13 percent of companies, demonstrate the effectiveness of these tools: Investing in price management has put them in a much better position than their competitors. Their profits, as measured by EBITDA margins, are around a quarter (27 percent) higher than the profits of the ‘rest’. David Vidal, study author and Partner at Simon-Kucher, clarifies, “These numbers weren’t just pulled out of thin air. The ‘best’ are more professional in almost every area of pricing. For instance, they organize regular price increases as cross-functional projects, rather than simply delegating this important task to sales. Subsequently, the price implementation rate is 38 percent higher than for the ‘rest’.”

The good news is that, according to the study, almost all companies, not only the ‘best’, have meanwhile recognized that they need to systematically counter the rising price pressure. Two-thirds of companies (66 percent) rely on new products to avoid price pressure. For half of the interviewees (50 percent), the most suitable option is to improve the value communication of products. “In the GCC with a high number of foreign residents from all around the world, successful companies develop dedicated products and services and employ unique communication approaches for each segment”, acknowledges Kessler. “Those are important first steps. However, joining the ranks of the ‘best’ requires three to five years of hard work”, he concludes and advises companies in the region to take action soon.
A summary of the study is available upon request.

*About the Global Pricing Study 2016: A total of 2,186 participants, of which 38 percent are C-levels, from companies of 25 industries and over 40 countries worldwide, took part in an online study conducted by Simon-Kucher & Partners in the spring of 2016. Respondents answered questions on their pricing strategies, price pressure, and the competitive environment. The study takes place every two years and is the only one of its kind.