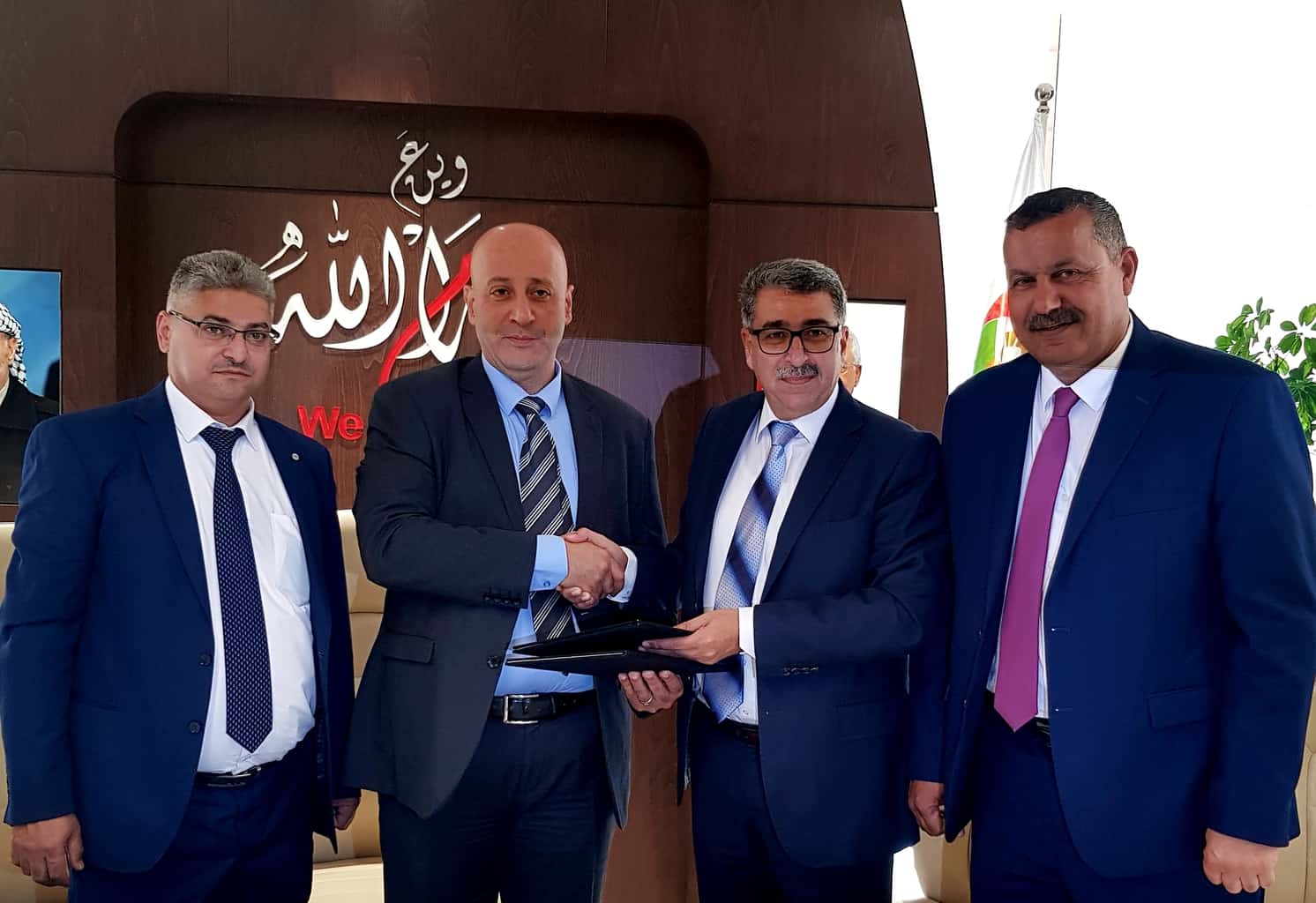 Being one of the largest employers in Palestine, the National Beverage Company (NBC) is aware of the key role it plays in supporting families and communities across the country. NBC’s support of, and engagement with, so many sections of society is clearly apparent and offers a glimmer of light in areas that are often forgotten. 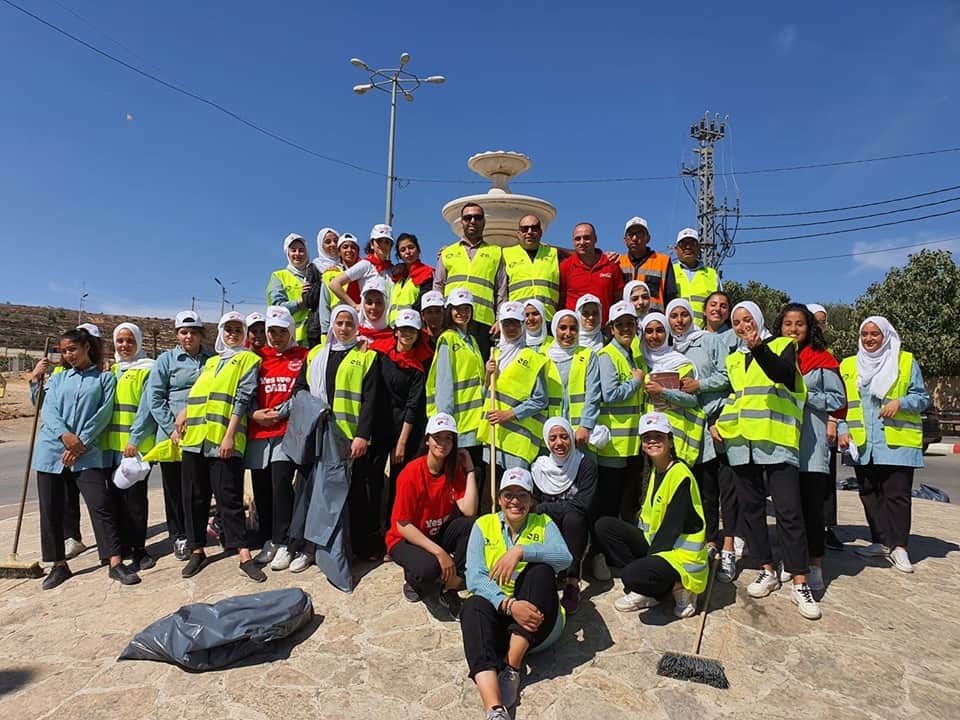 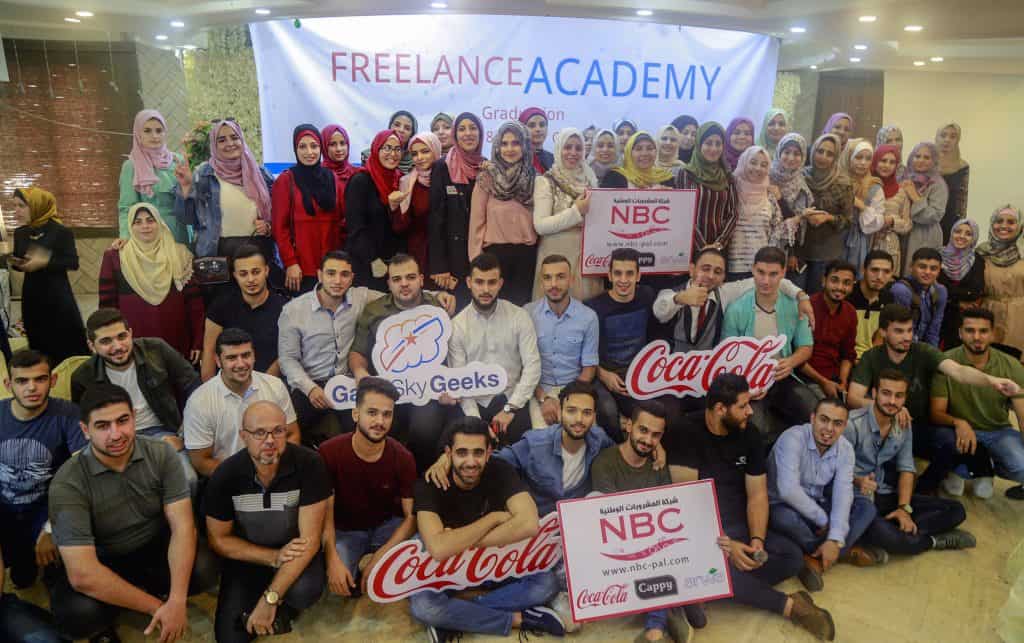 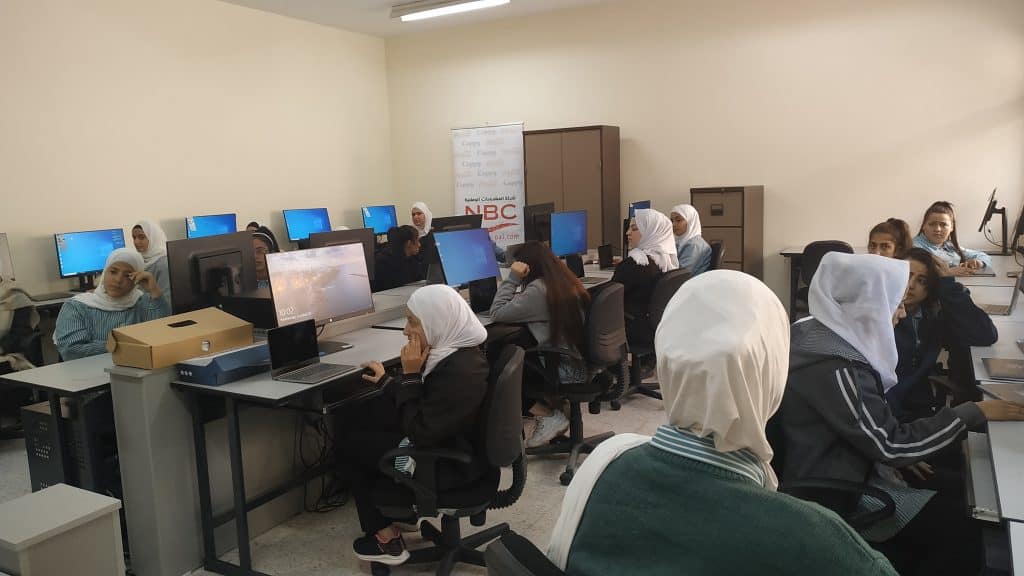 National Beverage Company is a success story in a country that often hits the headlines for very different reasons. Its 850 employees, 120 of whom are based in Gaza, work in often challenging conditions. NBC has regularly been recognised as a trailblazer in the region in terms of its commitment to sustainable development, high-quality manufacturing, and community empowerment.

NBC contributes to around 8,000 indirect jobs across the country in their Coca-Cola/Cappy, water, juice and dairy businesses. Tackling unemployment, and especially the effects it has upon a community’s mental health, has been one of NBC’s main goals over the years.

Leading the way in Gaza has been an important milestone for the firm. Building hope for Gazans would take a lot of time, money and planning, but NBC stuck to its plan. NBC was willing to go that extra mile to establish new bottling and canning production facilities in Gaza, rather than simply distributing beverages imported from the West Bank. By taking the plunge, NBC is now well and truly a permanent part of Gaza’s business community. By becoming one of the first businesses to invest heavily in Gaza’s Industrial Zone, NBC took risks where others would not.

The difficulties the business has faced over the years to achieve this have not gone unnoticed. Earlier this year, the Gaza plant won the ‘Coca-Cola’s Award for Excellent Performance, in the Middle East and North Africa region 2018’. Such regional recognition is extremely heartwarming for the staff and management team. By maintaining such high levels of performance usually associated with NBC’s plants, the plant has overcome ongoing challenges that the food and drink sector faces in Gaza, at a time of continuing regional unrest.

This is the first award the plant has won since its inception in 2016 at an initial investment of over $20 million. Commenting on this achievement, NBC’s General Manager, Mr. Imad al-Hindi, congratulated all who have supported the plant, both employees, suppliers, distributors and local retailers: “This award is a clear indicator of a successful Palestinian investment model, and shows the determination of the Board of Directors and Management team as well as the resolve of the employees at the Gaza plant”.

Gaza plant’s success joins many other awards presented to NBC over the past decade. Since 2011, a variety of awards have been won in recognition of the company’s commitment to sustainable development, quality, environment and public safety, community empowerment, and sales and marketing. NBC hopes this will be the first of many for the newest member of its family.

As previous articles in this publication have shown, whichever project NBC supports, its ongoing commitment never waivers. Since 2016, NBC has been working with Gaza Sky Geeks and Mercy Corps on the freelancing project. The project’s aim has been to train hundreds of unemployed young men and women to find employment opportunities in the digital sector.

The project concluded in August 2019 with the graduation of more than 550 trainees of both genders. All graduates had received training in how to work as a freelancer, explore entrepreneurial opportunities and non-traditional forms of digital work.  Each graduate was matched with a mentor who could provide advice on life as a self-employed freelancer.

By funding the Freelance Academy, NBC’s support has been integral to the improvement of youth employment in the Gaza Strip.

With many success stories, the project participants have generated an income of over $1 million, an outstanding achievement in such a short time.

Yasser Arafat, NBC’s regional manager in Gaza, attended the ceremony alongside representatives from Gaza Sky Geeks, Mercy Corps, tech and education sectors, a group of academic professionals and freelance mentors. Students honoured at the closing ceremony brought along family and friends to hear why this project has been so successful.

Mr. Arafat spoke at the ceremony and said: “NBC is proud to support and sponsor this freelancing project. Our ongoing cooperation with Gaza Sky Geeks and Mercy Corps aims to provide opportunities for women and our youngsters in Gaza, especially during the long-standing circumstances we face here in Gaza”. He also expressed how impressed he was by the strong will, enthusiasm and determination to learn, especially in elements such as digital marketing and remote working.

As the global climate emergency continues to hit the headlines, NBC’s longstanding commitment to the environment shows how they are often ‘ahead of the game’. The Management Board has been aware for years that they need to mitigate the effects they have on Palestine’s precious environment. By including environmental protection in their CSR policy, they practice what they preach. Its systems and policies mean that NBC’s plants and offices try to reduce, reuse and recycle – reduce the amount of electricity they use by installing solar panels, reuse rainwater by using grey-water, and recycle as many of the waste products from the production process. These small changes are having a big effect on their carbon footprint.

It’s not surprising, therefore, that NBC also supports a number of local initiatives to encourage awareness about the environment for communities across Palestine.

In Ramallah, NBC is working alongside Ramallah Municipality to encourage school students to take more interest in their local surroundings. In its eleventh year, the program NBC now sponsors involves over 9,000 local students from all public and private schools across the municipality. We’re going to look at three of these projects, the Healthy and Environmentally-Friendly Schools Program, “My city is clean” project, and Environmental Playwriting Contest.

The aim of the Healthy and Environmentally-Friendly Schools Program is to encourage participants to become more active and have a better diet. By teaching them how to take care of their health and how important a clean and safe environment is for them and their families, this project will be beneficial for the wider community and help them to avoid illnesses such as Type-2 diabetes.

“My city is clean” is a project for under-11s in local schools, with the aim of promoting better hygiene – both personal and community-wide. Simple changes such as using refillable water bottles and reusable food containers, instead of single-use bottles and food packaging, can have a massive impact on the amount of waste there is in a neighbourhood.

Knowing what can be recycled, how and where, is a really important life-lesson for the next generation of Palestinians. Enthusing the children in a family can often put just the right amount of pressure on their parents so that they too change their habits, with the whole family becoming more environmentally aware. Educators use storytelling and distribute booklets. Breakfasts are organised for all participating children, with the emphasis on that there is no waste at the end of the event.

The third project, Environmental Play Contest, aims to use drama to encourage environmental awareness. Working in coordination with the Ministry of Education, actors and training partners from the Theatre Arts Steering Committee, Kasbah Theatre, and Ashtar Theatre, children are given the opportunity to perform plays showing how and why the environment should be protected.

In a project akin to the three aforementioned projects, NBC recently sponsored Bethlehem’s World Clean Up Day event. Children, older students, and local businesses were encouraged to work together as part of this global campaign to clean up neighbourhoods.

Organised by Bethlehem’s Joint Service Council for Solid Waste Management, the event helped raise awareness about how important it is to keep open spaces clean. Our environment is where humans, plants and animals live. It is necessary to keep our built environment (roads, squares, parks) clean because it encourages people to spend time in the fresh air, reduces pollution and can improve mental and physical health. An unclean environment can affect how people perceive where they live, and affect community cohesion and mental health. If an environment is unclean, with trash and garbage left in the streets, it can also attract rats and other vermin.

Reducing, reusing and recycling is really important for Palestine’s environment, as it will hopefully reduce the amount of litter across its beautiful countryside.  Mr. al-Hindi has spoken regularly about NBC’s longstanding commitment to environmental campaigns, and underlined the importance of implementing campaigns at governorate level.

The cleanup campaign is happening for the second consecutive year in Bethlehem, and sees the project involving local and national Municipalities, the Environmental Quality Authority, Ministry of Local Government, Palestinian Red Crescent Society, and a number of community institutions.

As in Bethlehem, Ramallah is also working with NBC, this time on the local project, “Environmental Awareness for City School Students 2019- 2020”, raising awareness that a few small changes by everyone involved can have a massive cumulative effect. With over 9,000 students involved, this will percolate down into thousands of families in Ramallah and its local area.

In previous articles about NBC, we have featured projects aimed specifically at girls and young women. NBC’s most recent female empowerment project has been to create a Graphic Design Centre in Bethlehem Secondary School for Girls. When visited by Mr. al-Hindi, he took the opportunity to highlight the importance of enhancing the culture of training and vocational work among school students. It is NBC’s aim that students, especially girls, should be given every opportunity no matter in which part of the country they live.

UNICEF1 monitors the levels of technical and vocational training (TVET) in Palestine as part of their global remit to protect children and ensure that they are given every opportunity in life. It is through projects such as this funded by NBC that more girls are able to learn graphic design skills, allowing them to study in a domain that is often male-dominated.

In cooperation with the Bethlehem Education Directorate, NBC provided Bethlehem Secondary School’s Vocational Training Centre with a full range of graphic design-specific IT equipment and classroom furniture, truly bringing everything into the 21st century.

Mr. al-Hindi congratulated the management team at the school, saying that he hoped that the new facilities would provide the perfect learning environment. Mr. al-Hindi highlighted the depth of cooperation between NBC and the Ministry of Education to encourage girls and young women over the years has been extremely fruitful.

‘Moments of Joy’ during Ramadan

Growing up in a healthy family environment doesn’t always happen for everyone – circumstances sometimes dictate otherwise. A really important part of Ramadan, therefore, for NBC and its employees is when they have an opportunity to work alongside local charities to provide Iftar buffets for children who are orphans, have lost a parent, or live in difficult circumstances.

In Gaza city, over 400 children and their guardians attended a wonderful Iftar at the Roots Hotel, overlooking the harbour and the Mediterranean Sea. In cooperation with Hasad Al-Khair Association for Orphan Care, and the Mercy Association (Mabarat Al Rahman), this fourth year of supporting Iftars in Gaza offer children a chance to visit a luxury hotel for the first time. This event was a really special experience for the children, their guardians, teachers and NBC employees involved with the Iftar.

Mr. al-Hindi enthuses about these events, and how they reflect NBC’s principles of social solidarity, aiming to create bonds within the community during the Holy month of Ramadan. He said; “We are always trying to create moments of joy for them, providing memorable shared experiences for the children and their carers. It’s really touching to experience the happiness in the room”.