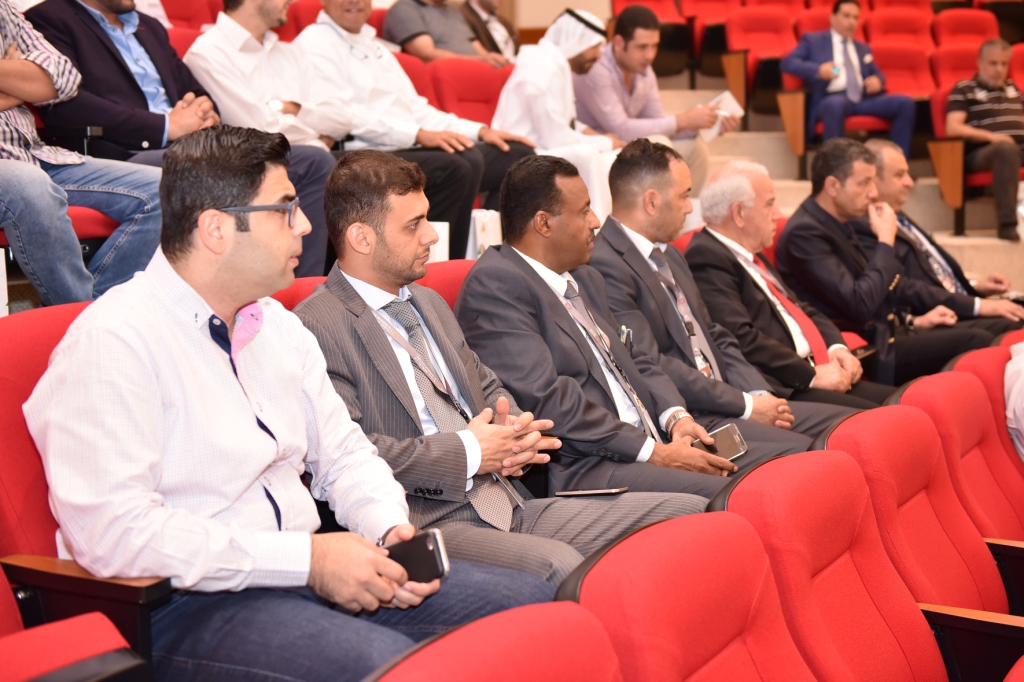 In cooperation with the “Ministry of Interior”, ZonesCorp

Incooperation with the Ministry of the Interior and as part of an on-going education programme,the Higher Corporation for Specialized Economic Zones (ZonesCorp) organised a workshop on the worker’s rights, on World Human Rights Day, which is held every year on December 10th.

The workshop,which was attended by directors of the 32 worker cities under ZonesCorp umbrella, was designed to ensure that the highstandards enshrined in law by the Abu Dhabi Government, are understood by its partners and that the labour laws regarding workers’ rights are being properly applied.

HE Saeed Eisa Mohammed Al Khyeli, Director General of ZonesCorpcommentedthat: “the labour law in the UAE requires that every employer takesappropriate measures to protect workers from the dangers of occupational injuries and illnesses that may occur during the work.Safety is priority and everyone is equal in terms of rights.”

He explained: “We maintain high ethical and legal standards at ZonesCorp. In line with the Abu Dhabi Vision 2030 we want to help build a sustainable and globally integrated industrial manufacturing sector in Abu Dhabi and therefore we need to ensure that all workers who are a key part of this are protected.It is crucial to make sure that employers understand their responsibilities towardstheir workers and the community they live in.

The Director-General of the Higher Corporation concluded: the UAE in general and Abu Dhabi in particular has a good record in relation to workers’ rights.We have implemented a number of initiatives to ensure that the highest international standards are met, such as the Wages Protection System and Safety in Heat which prohibits work during the middle of the day the summer months. We also have welfare administration units that are deployed in the worker cities to give advice on labour issues, hear workers’ complaints and find ways of resolving them.

During the workshop First Lieutenant Ali Hassan Al-Hammadi from the Law Respect Culture Bureau at the Ministry of Interior, gave a presentation that laid out the legal rights of workers, as well as common abuses of those rights and the resulting punishments under UAE law.

Al Hammadi stressed at the beginning of the presentation, the need for workers to also understand their legal rights and their contractual obligations towards their employers to ensure they are not exploited.

During the presentation he emphasised that UAE law guarantees workers the freedom to practice any religion or faith, the right not to be subjected to physical harm or any act that reduces the dignity of workers orcompromisestheir customs and traditions.He also pointed out that workers have right to complain and report abuses of the law as well as the right to legal counsel. He stressed that ignorance of the labour laws on the part of employers or employees was no excuse.

He added that the state provides workerswitha range of comprehensivelegal means to demand their rights, except by strike or demonstrations or other actions that would affect the security of the state.

Al Hammadi ended his presentation by talking about the most common punishable offenses by workers, including theft, fraud, to be drunk, possession and use of drugsor controlled substances without a prescription, physical abuse, sexual and indecent assault, slander and libel, destruction of public or private property.

About The Higher Corporation for Specialized Economic Zones (ZonesCorp)

Launched in 2004 by the Abu Dhabi Government, ZonesCorp is the largest developer and operator of purpose-built industrial zones in the UAE. We oversee five world-class, fully integrated industrial zones housing more than 600 diverse manufacturing facilities, with five additional industrial cities to be offered soon.