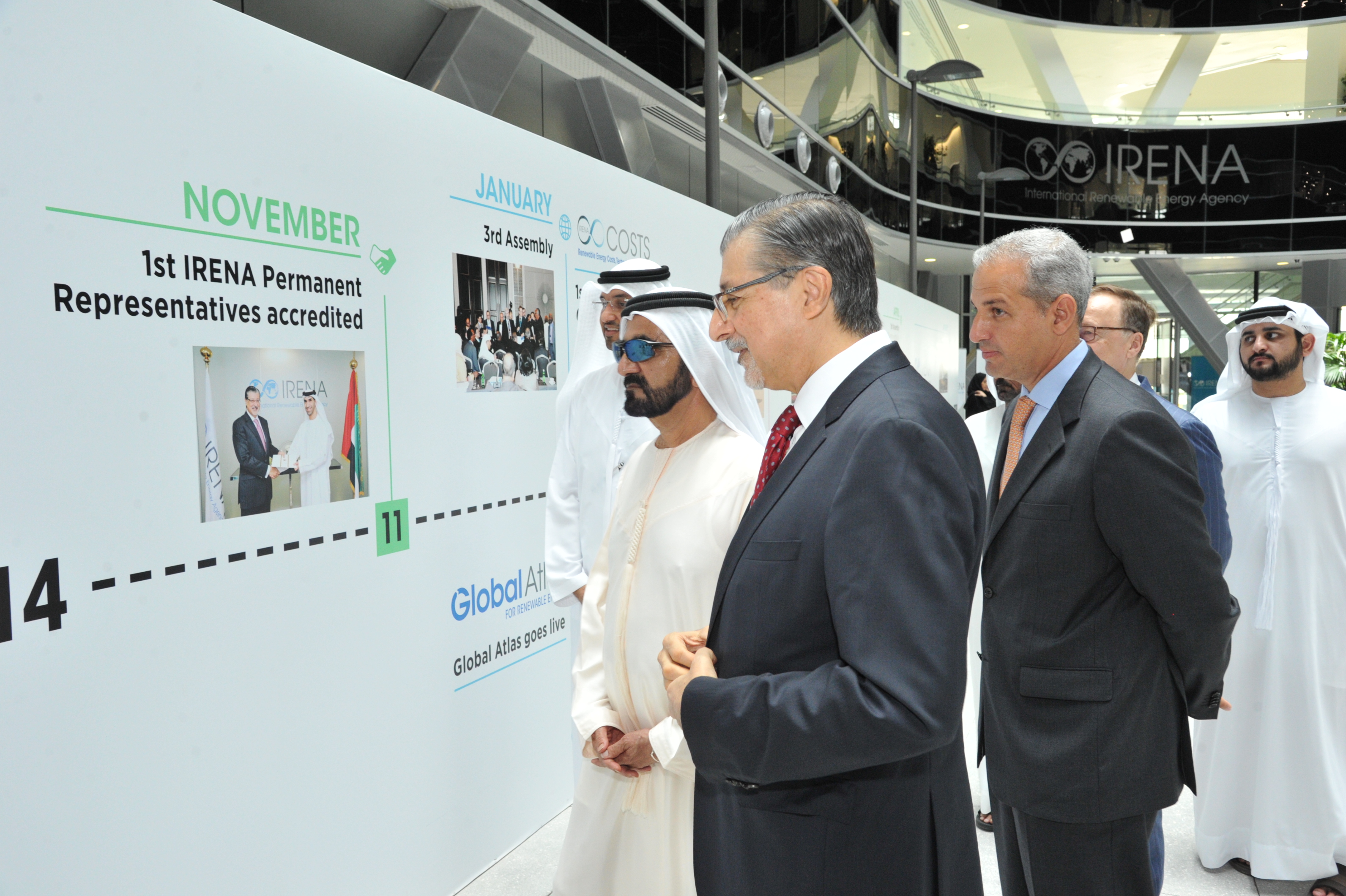 Mr. Amin provided an overview of IRENA’s journey over the last five years to become the global voice for renewable energy as he and HH Sheikh Mohammed toured the Agency. Mr. Amin expressed grattitude to the UAE for contributing to the Agency’s success, calling it a reflection of the UAE’s renewable energy leadership.

“The UAE has become a trendsetter in renewable energy deployment and Dubai has played a key role in making that happen, under the leadership of His Highness Sheikh Mohammed Bin Rashid,” said IRENA Director-General Adnan Z. Amin. “The UAE recognizes that an essential component for the further development of renewable energy will be the empowerment of government agencies to take a holistic approach to energy regulation.”

IRENA is mandated to be the global hub for renewable energy cooperation and information exchange by 149 Members (148 States and the European Union). Roughly 27 additional countries are in the accession process and actively engaged. IRENA promotes the widespread adoption and sustainable use of all forms of renewable energy, in the pursuit of sustainable development, energy access, energy security and low-carbon economic growth and prosperity.