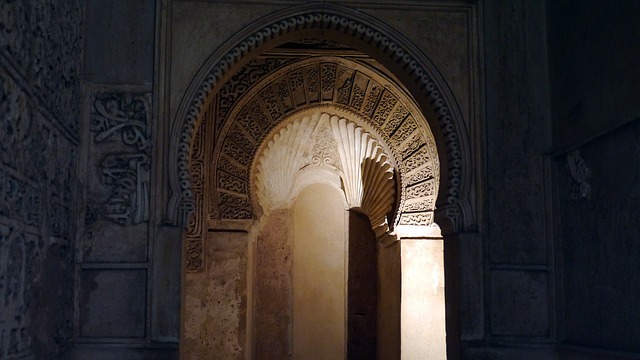 The future of Islamic finance

2.5 billion people, or three quarters of the world’s adult population, are unbanked and Muslims are more likely to be financially excluded because a significant proportion avoid interest-based financial services. While Islamic finance continues to grow in leaps and bounds it has the potential to gain even more traction if it can reach those left behind by conventional finance. However, Islamic financial institutions (IFIs) are facing serious challenges to satisfying customers and reaching the unbanked demographic across both their native markets such as the GCC and new markets such as North Africa and Central Asia.

Customers are no longer happy to accept Islamic financial services as a sub-par alternative to conventional finance  and the Islamic banking model has not proven to be inclusive. With an aggressive and competitive landscape where IFIs have to compete head on with conventional financial institutions for market share, IFIs now have to come up with a differentiated approach that increases barriers of entry and enhances the stickiness of customers. The question is, ‘how?’ In this article, we explore the evolution of the strategic direction of IFIs in the last couple of decades to assess what needs to be done to ensure they can compete effectively to retain and grow market share in an increasingly inclusive way.
X-HEAD: POTENTIAL UNIVERSE OF ISLAMIC FINANCE CUSTOMERS

Studies during the late 1990s and early 2000s identified three broad segments that make up the potential universe of Islamic finance customers. The first are the religiously strict ‘Shari’ah loyalist’ customers who can occupy anywhere between 10 and 30 per cent of the potential customer base of IFIs. These customers demand and prefer Shari’ah compliance above all else and are willing to pay a premium price or sacrifice profits in order to align their financial dealings with Islamic principles. This customer segment is the most inelastic and is considered a captive customer base of IFIs, in the absence of competition. The second customer segment is defined as ‘floaters’ and occupies anywhere between 40 and 70 per cent of the market for Islamic financial services. These customers are characterised by a preference towards Islamic financial products only when they are deemed to be competitive with conventional products. Finally, the last broad customer segment is termed ‘secular’ and occupies anywhere between 15 and 30 per cent of the customer universe. These customers don’t have any preference for Islamic financial products and only care about the relative value of the offering.

From the early days of modern Islamic finance into the post-financial crisis era, IFIs were struggling just to offer basic services – from banking and insurance to asset management and capital market products – to their captive customer base, the strict Shari’ah sensitive customer segment. With sparse product offerings, diverse practices and very little consumer understanding of Islamic products, IFIs were insulated from competitive pressures by the strict Muslim consumer segment’s demand for Shari’ah-compliant products; this was the case even where Islamic banks offered similar economic outcomes at higher costs than conventional banking products.

Appealing to all with competitive products – 2010 onwards

More recently, IFIs have realised that appealing just to the Shari’ah sensitive customer segment will result in a very limited market. To expand the pie, IFIs needed to look farther afield to all customers of financial service. IFIs must appeal to them with equivalent services at equal costs to conventional financial institutions that have relatively price elastic customers unwilling to accept higher costs for what they consider equivalent products.

This phase is likely to enable IFIs to grab a bigger slice of the financial services pie by appealing to floaters, but it is not likely to yield a very significant jump in market share. In these instances, multinational and regional banks with a strong product offering and strong brand loyalty will continue to command an ever-increasing share of the customer’s pocket. Islamic banking windows or subsidiaries will continue to do well if they can scale their offerings and reduce overheads.

On the other hand, standalone Islamic banks and Shari’ah-compliant windows or subsidiaries of conventional banks that have developed a full product suite and a highly competitive offering will now be able to compete on a level playing field with other banks and in many instances win over customers. In many mature markets such as UAE, Bahrain, Malaysia, Kuwait and Saudi Arabia, this is where Islamic banks are gradually gaining market share.

Local banks that don’t have Islamic products will continue to see their market shares decline, and Islamic banks will be the beneficiary, but only up to a certain level as there will always be a user base for conventional products so long as there is a part of the population that is secular in character or agnostic to the type of bank that is offering the services.

The success of Islamic banks in this phase is based on an assumption that they can compete head to head on technology solutions (branchless banking, online) product breadth and depth (wealth, trade and financial markets) and institutionalisation of quality service.

Appealing to all with a differentiated set of products – 2015 onwards

Most IFIs will come to realise that banking on ethics is not so much of a differentiator when conventional institutions with a strong franchise, loyal customer base and wider breadth of products are marketing themselves on the same premise.

In this phase, the real game changer will be when IFIs can craft new differentiated products that can appeal to everyone, while offering at the same time a best in class product suite that can win customers from their existing financial institutions. This step necessitates that the previous step of competing with conventional financial institutions is completed successfully. To this day, there are no markets that have really reached this phase of evolution.

With the exception of Grameen micro finance, the reality is that very little innovation actually originates out of the Muslim world[IM2] . That’s not to say that the Muslim world will not innovate, but that chances of this happening in the near future are very slim given the brain drain that has occurred in the Muslim world over the past century. While Muslim societies wait for their brain gain, they have little left of an ecosystem necessary for innovation to occur.

However, there are many products that the Islamic finance industry could champion from the developed world, take as their own and run with.

These products need to have a strategic fit with IFIs’ core ethos and operating model. Right now, nothing else from the developed financial markets fits with the underlying ethos and strategic perspective of Islamic finance, other than products that are either ethical, increase access to banking and finance services for those who have limited access and/or aim to provide a purposeful reallocation of capital from those who have it to those who need it.

As such, if one were to look at what could be adopted wholesale with minor adjustments for local preferences and regulatory issues, the products are:

All of these lend themselves to the Islamic financial services’ core ethos. The question is whether or not IFIs – which would include banking and non-banking institutions – can move the needle and really champion these causes in a scalable manner that enables them to grow their market share profitably.

Many bankers in the Muslim world dismiss crowdfunding as a fringe movement or a phenomenon to be ignored. They do so at their own peril . In the space of five years, crowdfunding has grown from a mere handful of sites to nearly 1,000 platforms operating on every continent except Antarctica. Experts predict that crowdfunding grew between 60 and 80 per cent in 2012 and is likely to have grown more than 100 per cent in 2013.

Crowdfunding breaks away from the normal banking model by enabling individuals through social networks to decide which businesses deserve funding. And these individuals don’t think like bankers. They fund the smallest businesses, they expect success but not massive profits and they view creativity and innovation as positive signs rather than warning flags. This inclusive, social justice-based innovation ethos aligns very well with Islamic finance, which emphasises access to finance for those who need it.

Experts such as Richard Swart from the University of Berkeley California suggest that the crowd funding market will likely hit $95 billion by 2025, and that’s without considering institutional investors.That would represent a similar growth trajectory to Islamic financing itself which hit $150 billion in assets (75 per cent of which were banking assets) in the mid-1990s, 20 years after the Islamic Development Bank and Dubai Islamic Bank began operations.

The much touted marriage of the $1.6 trillion Islamic financial services industry and the $3.74 trillion socially responsible investment (SRI) sector has been in the making for years, yet has not seen the light of day. With the exception of a few fund managers such as SEDCO Capital which uses dual Islamic and environmental, social and governance (ESG) screening strategies for some of their funds, the two have yet to meet on common ground and agree on strategies to consolidate their approach to capture the largest market share.

Islamic asset and fund management lag behind the scale of conventional SRI funds and hence in most cases cannot justify the higher costs to include SRI or ESG screening. The potential for this marriage is tremendous and inevitable, yet, its occurrence will depend on concerted efforts by Shari’ah-compliant fund managers to court SRI fund managers and request them to consider offering their services to customers, and vice versa. We are already seeing trends of this occurring, with some Shari’ah-compliant fund managers shifting their strategies to appeal to SRI investors also.

It is only a matter of time before IFIs figure out this might be the magic wand to gain critical mass in the wealth segment and start courting SRI fund managers aggressively.

A niche trend arising in some of the more community-oriented regions of the US is the advent of community service-based banking. This approach goes against the conventional wisdom that branches need to be scaled down, in a bid to move towards more cost effective and technology intensive branchless banking. Instead, community service-based banking emphasises the role of the modern bank branch as a centre of the community, rather than just banking services.

Customers are able to use the bank’s branches for a variety of community activities, which reposition the bank as a key stakeholder in the overall well-being of the community, akin to the role of the Masjid in the early days of Islam. These banks are not just modern versions of Bailey Building & Loan, serving just a marginal role in the financial system. Some of the banks embracing this approach include those with multibillion dollar asset portfolios and are aggressively expanding (organically and through M&A).

Instead of adopting the conventional wisdom, Islamic banks that attempt to differentiate themselves through values of community service, something indigenous to the Islamic conception of business, may do better in retaining and attracting new customers.

Within the next few years, IFIs will be reaching a point of saturation in their home markets. With customers becoming savvier and more demanding, it will no longer be sufficient just to offer an ‘Islamic’ alternative, even if it is competitive with the conventional financial industry’s offerings. IFIs need to offer a value proposition that is fundamentally distinguished. This may mean returning back to its roots of empowering entrepreneurs, increasing access to finance and serving as a real stakeholder in the community. However, this time, it needs to be with a fresh 21st century twist.