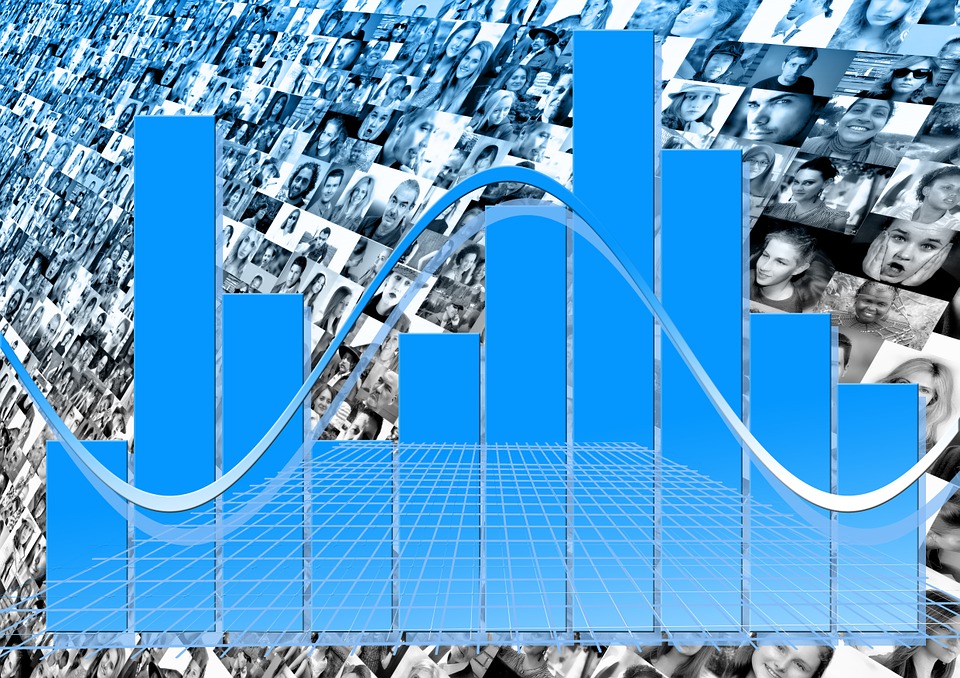 The  human plight and tragedy that has befallen on the Palestinian people in 1948, a devastating tragedy was expelled and displaced from land seized by Israel as about 957 thousand Palestinian Arabs, representing 66.0% of the total Palestinians who were living in historic Palestine on the eve of the war of 1948, according to estimates in 1950. 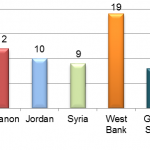 Percentage Distribution of Palestinian Refugees  by the Residential Country  as in 1/1/2015,

(According to the data of UNRWA on the Palestinian Refugees ) 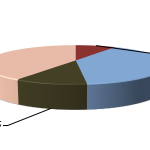 42% of the total Population in State of Palestine are Refugees

Percentage of Refugees in State of Palestine by Region, 2015 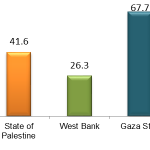 Palestinian Refugees  are Characterized as  a Youngsters Community 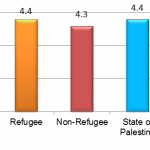 The results of the Labor Force Survey in 2015 showed that the participation rate in labor force among refugees aged 15 years and over whom residing in State of Palestine were 46.1% against 45.6% for non- refugees.

Unemployment rate is high for refugees

One-third of the Refugees are working as Specialists and Technicians

An Increase in Percentages of Educational Attainment among Refugees

About 60% of the Refugee Households live in an Apartment

The Situation of Palestinians Refugees in Diaspora:

Data available on Palestinians living in Lebanon in 2011 showed that 31.1% of the population were below the age of 15, 6.1% were aged 65 years and over.  The sex ratio was 98.2 males per hundred females in 2011.  Data available for 2011 indicated that the average Palestinian household size was 4.4 persons, the total fertility rate was 2.8 births per woman, the infant mortality rate was 15.0 per thousand live births and the mortality rate for children below the age of five was 17.0 per thousand live births in the same year.