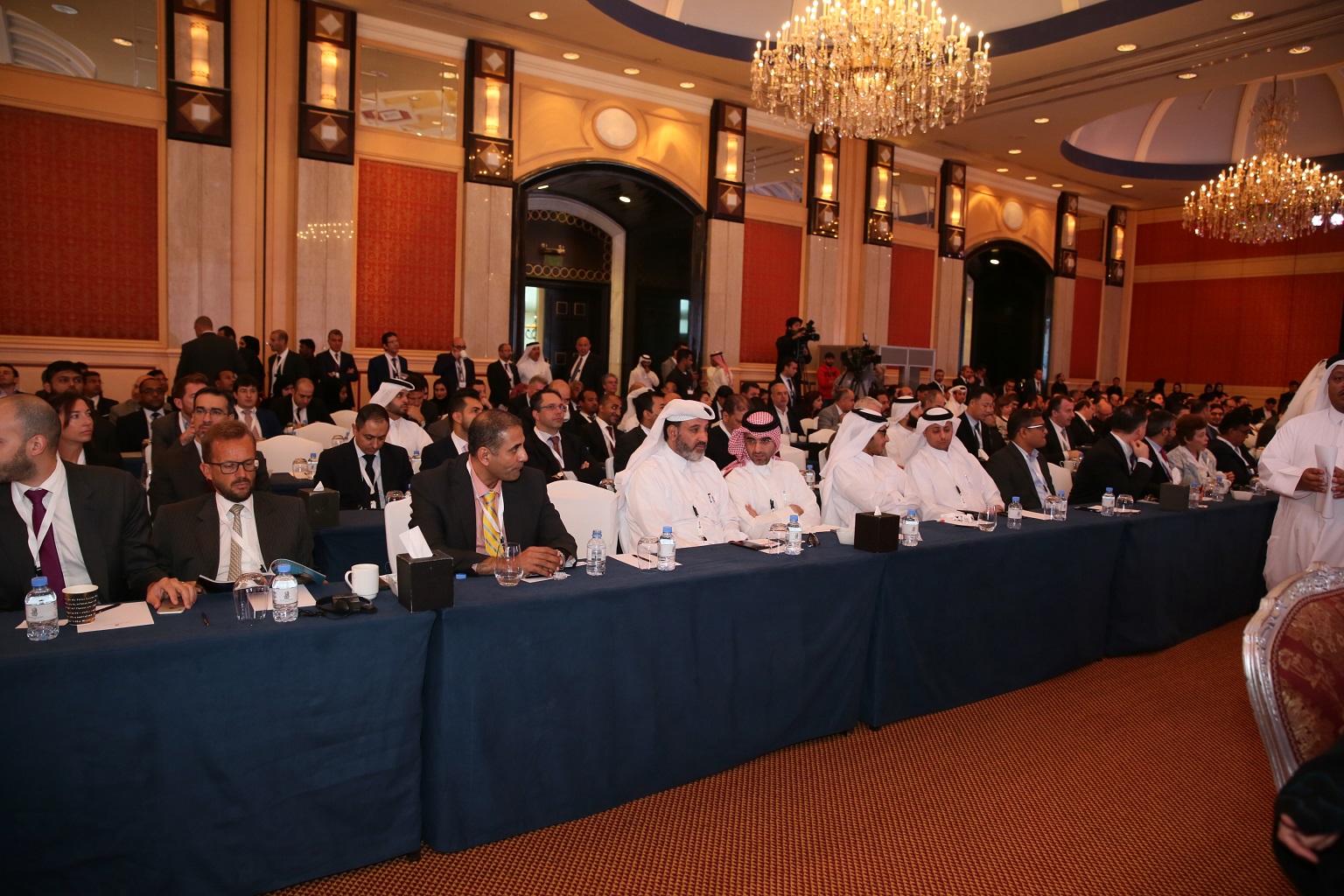 2017 will be seen as a watershed year for Qatar’s economy, with the pressures that could have reversed recent progress – including the blockade by neighbouring nations – instead acting as a spur for the public and private sectors to pursue their growth strategies more ambitiously, according to senior economists and banking leaders attending the Euromoney Qatar Conference in Doha today.

The impact of the blockade in particular is likely to have positive results in the long-term, by drawing people and institutions more closely together, encouraging greater self-sufficiency and accelerating the pace of diversification and investment in new industries.

Senior Qatari leaders outlined the important steps that Qatar has taken in 2017 to ensure sustainable development and to draw upon Qatar’s significant resources to continue to enhance infrastructure, education and healthcare facilities for the people.

Interviewed on stage for the first time at Euromoney Qatar, His Excellency Ali Shareef Al-Emadi, Minister of Finance, State of Qatar, highlighted the robust performance of Qatar in 2017, pointing to a range of macroeconomic indicators that have remained positive.

He noted that, in the first six months of 2017, Qatar was outperforming all GCC countries economically in terms of diversification. Since June, the blockade has created more opportunities to promote the local economy, so that Qatar’s private sector will outperform in terms of real GDP.

Looking ahead, His Excellency outlined a number of initiatives in place that will continue to deliver growth and opportunity for Qatar and its partners.

His Excellency Ali Shareef Al-Emadi said: “In the past, our policy was to avoid competition with other nations in the GCC, which created some challenges with food security and the import of medicines, among other areas. In the future, our policies will differ. For example, we are already more than 40 percent self-sufficient in dairy, which will move to 100 percent in the future.”

“New investment sectors are opening up to support self-sufficiency, such as transport and logistics, to build on the increased activity at Hamad Port; food production; tourism; and Liquid Natural Gas, to support the proposed 30 percent in production,” he said.

Yousuf Mohamed Al-Jaida, Chief Executive Officer, QFC Authority, who took part in a panel discussion on Qatar’s economy said: “Qatar continues to boast one of the strongest and fastest growing economies in the MENA region and with so many infrastructure and investment mega-projects in the pipeline, it is no surprise.”

He continued: “As Qatar expands its economy via different revenue sources, diversification methods and increasing economic and trade relations, we can only look to next steps to progress our economy. Next year we will see the implementation of VAT in Qatar, just one new reform that will help drive new revenue and help the economy move away from being an oil and gas dependent economy. He concluded: “The QFC is an important part of Qatar’s strategy to diversify its economy and we will continue to attract FDI by offering a competitive platform for businesses to expand to Qatar.”

International perspectives on the world economy were provided by Hamish McRae, Principal Economic Commentator, The Independent Online, and Sarkis Yoghourtdjian, Advisor, Banking Supervision and Regulation, Board of Governors of the Federal Reserve System.

“The world economy will keep growing, driven by population growth and technology transfer. However, the key to prosperity is driving technology forward – that is the challenge for the next generation,” said Hamish McRae. “Within this region, there is significant opportunity to excel in the coming years. The challenge is to use its geographic position, huge natural resources, and the pool of spirited young people to create a great future for all.”

Sarkis Yoghourtdjian discussed some of the challenges facing central banks in an era of uncertainty and instability.

The panel were in broad agreement that a number of infrastructure projects in Qatar would have a net positive effect on the economy in 2018. These include 2017’s opening of Hamad Port and the development of an enhanced network of express highways, logistics centres and special economic zones.

The Euromoney Qatar Conference is co-hosted by Qatar Central Bank and will run until 6 December 2017 at The Ritz-Carlton, Doha.