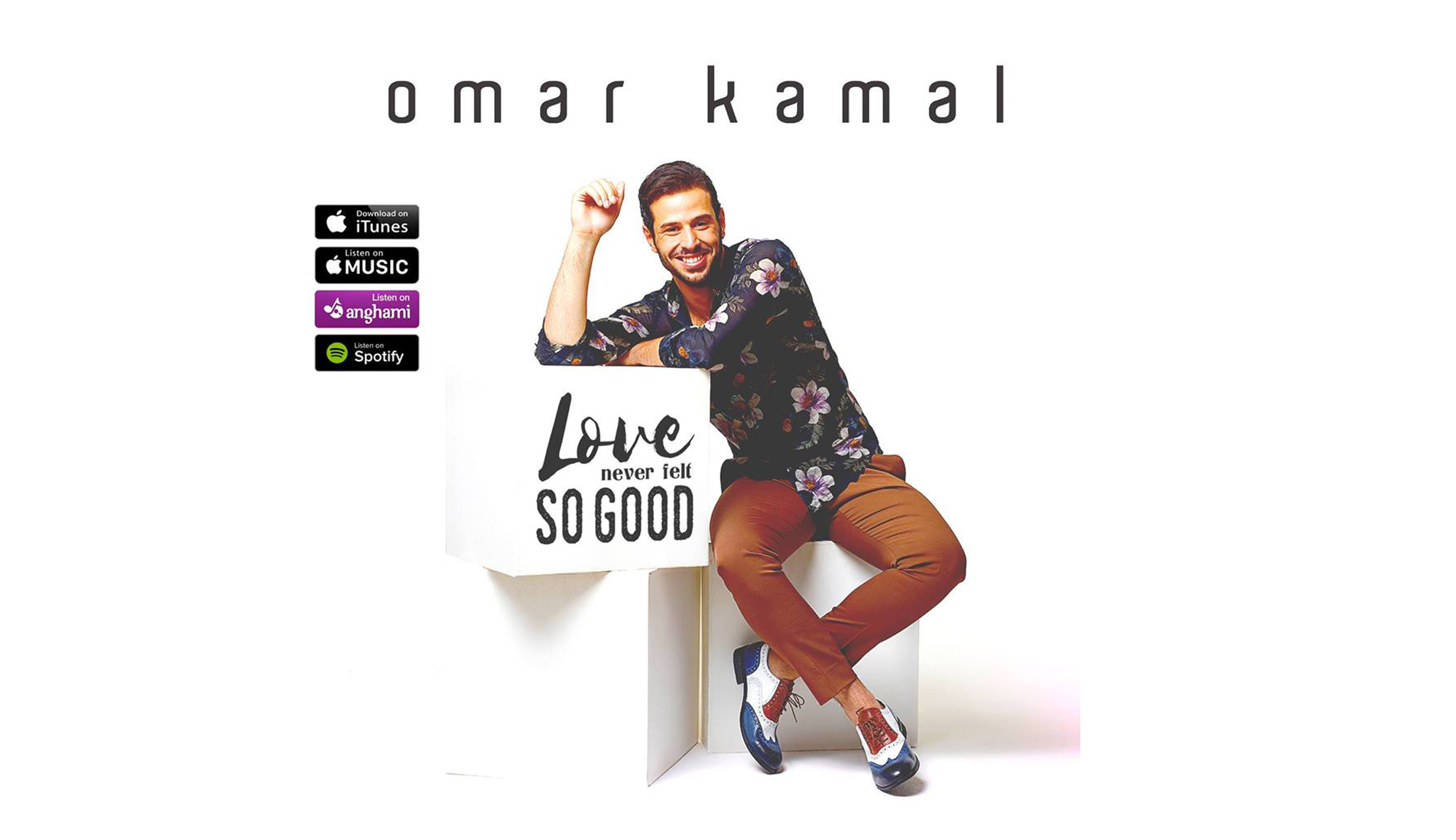 A progressive, authentic, fluid and dynamic artist, Omar Kamal from Nablus, Palestine is set for international and regional success as Sony Music release his first single ‘Love Never Felt So Good’ in readiness for his debut album.

Born in 1992, Omar spent his early years listening to classical and world music and playing the piano until he discovered his life-long passion, singing. Omar’s multi-cultural influences have given him a rich taste in music ranging from Frank Sinatra, Michael Jackson, to Arabic idols such as Mohammed Abdel Wahab, Fairuz, Umm Kultum and even modern trendsetters like The Weeknd.

Omar’s incredible talent to sing in Italian, Arabic, English as well as play the piano caught the attention of Sony Music Entertainment Middle East. He was immediately signed to a multi-year deal and set about working with some of the best international producers to create a modern album of classical and contemporary hits.

Omar’s single ‘Love Never Felt So Good’ showcases the powerhouse vocals that Omar has been blessed with, it is a classic take on the Michael Jackson hit. With a perfectly fitted video to go alongside the track, with a vintage, retro feel, it complements the vocals extremely well, what makes the track even more special is that Omar works with the same guitarist that worked on Michael Jackson’s ‘Dangerous’ album – the legend that is Tim Pierce. Work on his debut album has seen some of the world’s most respected producers collaborate with Omar including  Canadian producer powerhouse Dave Pierce and legendary producer Bob Rock with final mixing by 23 time Grammy award winner Al Schmitt at Capitol Studios, Hollywood.

“Love Never Felt So Good” is now available across all global digital and streaming platforms and the following regional stores:

For the latest on Omar’s music, stay tuned to Sony Music @:

Omar has a musical background, at the age of nine he started playing the piano, by the age of fourteen he attended an international music festival in Germany where he was introduced to the world of classical music. Since then Omar’s love for the classical world intensified also taking up violin lessons before deciding to focus on vocals and piano which led Omar to find a more contemporary sound.

During university years, Omar was lead vocalist of the University’s Big Band, where he toured the UK and participated in competitions, which led him to the realisation that music was his ultimate passion. On a trip back to Palestine, Omar organised a local concert in the hope that it would kick-start his professional career in music for himself and his band, and this caught the eyes of Sony Music Middle East and Omar signed a multi-year recording and management contract in late 2014.

Known as the Palestinian Frank Sinatra, Omar even sat with Tina Sinatra and had a chat, he managed to let her know that her father had heavily influenced and changed Omar’s life. Omar very often experiments with his music and adds new sounding elements which all adds to the uniqueness of Omar’s music.