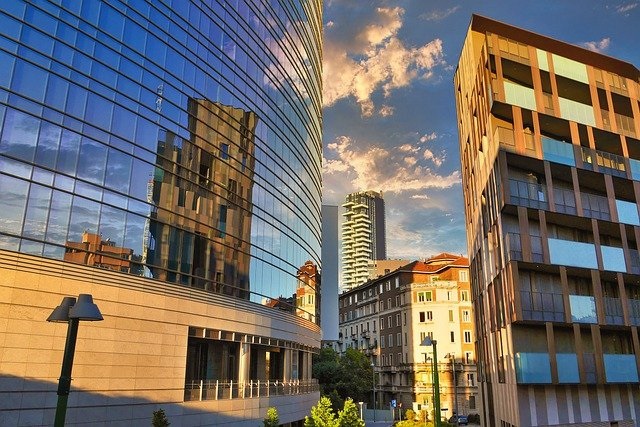 The UAE has expressed its strong support for progressive climate action linked to economic growth at Pre-Cop 26 meetings in Milan in the run up to the critical climate negotiations that will begin in Glasgow later this month. . Her Excellency Shamma Al Mazrui, Minister of State for Youth Affairs, led the United Arab Emirates delegation to the Milan Pre-COP and Youth4Cliamte meetings ahead of November’s COP26 climate change summit in the U.K. The delegation included experts from the Office of the Special Envoy for Climate Change and the Ministry of Climate Change and Environment.

During the Youth4Climate event, HE Al Mazrui highlighted the importance of the perspectives of youth as well as calling for climate ambition and practical solutions. She shared with the youth delegates the UAE’s approach to climate action as a means for economic and social development.

HE Ms. Shamma Al Mazrui said: “Youth are at the center of the conversation: As the impacts of climate change intensify over time, it is the young people of today who will face the worst effects and they are telling us we need to raise our global ambition on climate change. We have a clear mandate to preserve not only this planet for future generations, but to also make sure that we create the right opportunities and economic structures for future generations to thrive.”

At the meeting, the UAE reaffirmed its offer to host COP28 in 2023, underlining the country’s commitment to a consultative multilateral process aimed at speeding consensus. In May, the country announced its bid to host the 28th Conference of the Parties (COP28) to the UNFCCC in Abu Dhabi in 2023. The move received a positive response worldwide given the UAE’s track record on cleantech innovation and the country’s considerable expertise as a global climate action convener.

HE Dr Sultan bin Ahmed Al Jaber, the UAE’s Special Envoy for Climate Change and Minister of Industry and Advanced Technology, said: “The UAE has long been an advocate for strong climate action and followed up its political commitments with practical results. We were the first country in the region to sign and ratify the Paris Agreement, we were the first to deploy industrial scale carbon capture technology and we have been a first mover in the region’s renewable energy sector. Today the UAE operates three of the largest and lowest cost solar plants in the world and we have invested in renewable energy projects spanning 70 countries across five continents.”

Building on this strong political and practical foundation, we have offered to host COP28 in 2023 based on the strong belief that proactive climate action is a powerful engine of economic growth. COP28 is incredibly important as it will mark the first global stocktake – when we assess progress in implementing the Paris Agreement, and set out a clear roadmap towards achieving it. The UAE would ensure that COP 28 is a springboard for progressive climate action that delivers both social and economic dividends.”

The Milan Pre-COP meeting aimed to achieve consensus and build momentum on critical topics to be addressed at COP26, including the outstanding issues on adaptation, climate finance, and mitigation.

During the meeting, HE Al Mazrui actively engaged in the discussion aimed to identify critical priorities and common ground regarding the main topics that will be negotiated at COP26 in Glasgow, including to enhance climate change resilience and adaptability, increasing and accelerating international climate finance, and to increase mitigation actions to align global efforts towards a 1.5C trajectory.

In particular, she referenced the Agriculture Innovation Mission for Climate initiative, announced at the Leaders Summit on Climate in Washington last April. AIM for Climate, of which the UAE is a founding member, alongside the United States, aims to significantly increase innovation and R&D spending on agri-tech initiatives to enhance food and water security, reduce emissions from agriculture, and provide new climate-friendly industries.

On the sidelines of Pre-COP, HE Al Mazrui held bilateral meetings with the delegations of Bangladesh, Bhutan, China, Fiji, India, Indonesia, Japan, Maldives, Marshall Islands, and Singapore, in which she highlighted the UAE’s keenness to partner for progress, leverage climate action for economic opportunity and played a constructive role through multilateral cooperation within all relevant international forums, including the UNFCCC.

HE Mariam Almheiri, Minister of Climate Change and Environment, said: “The UAE is working very hard to materialize the commitments of the Paris Agreement at a domestic level as we have experienced first-hand both the increasing threats climate change poses to our livelihoods and the huge economic and social opportunity ambitious climate action represents for our country’s development. We will continue to work to deliver on the high expectations set by Pre-COP set even high expectations for COP26, and we look forward to continuing working with our peers to find common and stronger solutions.”

The UAE has already built a strong foundation of energy and economic diversification that the country will build on. The government has repeatedly broken the world record for the lowest cost of solar energy generation and is the first country in the region to use carbon-free nuclear energy). In addition, the UAE is exploring blue and green hydrogen projects, leveraging its existing resource base and expertise in gas production, supply chain infrastructure, and transportation.