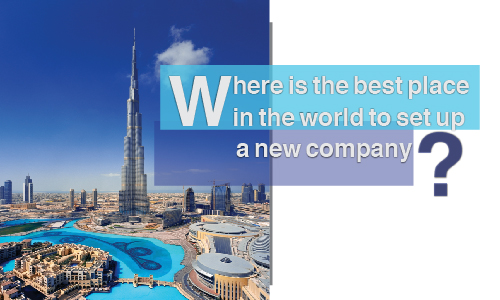 And what makes Saudi Arabia and UAE the best places in the Middle East region to do business?

Doing business these days is not as easy as it was previously. The decision to establish a business has many more risks attached.

Worldwide, 108 economies implemented 201 regulatory reforms in 2011/12 with the aim of making it easier to do business (as measured by the Doing Business rankings). Global reform efforts have focused on making it easier to start a new business, increasing the efficiency of tax administration and facilitating trade across international borders.

According to the International Financial Corporation, economies are ranked upon their ‘ease of doing business’, from 1 – 185. A high ranking on the index means the regulatory environment is more conducive to the starting up and operation of a business in that country. The ranking takes ten topics into consideration, made up of a variety of indicators.

UAE has used CRM financing in the market since 2009, which has impacted  in a positive manner upon overall business growth. If an entrepreneur wants to start a business, is much easier than some years back, according to one source, The Banking Executive. UAE is ranked 26th in 2013, three places ahead of the previous year. The country is regarded as being ‘high income’, with a population of 7,890,924 and a Gross National Income (GNI) per capita of $40,760.

To conclude, if you have the motivation and enough money it is best to head to New Zealand, where you can guarantee to start a business within 3 to 4 days and you can have insurances that your investment will be protected. However, this is unless your business depends on you having easy and quick access to electricity – as New Zealand is ranked at only number 32 for ‘ease of connecting to electricity’! 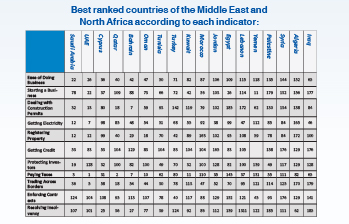 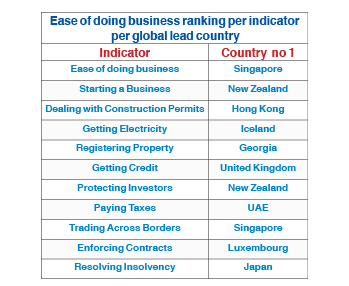 However if you are an investor in property, and you want to get started quickly, your best destination would be Georgia, or if you need a fast construction permits you can go to Hong Kong. Alternatively, if you are exporting to other countries you would choose Singapore, ranked at number one.

But if you enjoy paying taxes, and want to become a committed citizen, which I hope you are, your first destination will be in the land of the highest building on earth – United Arab Emirates, followed by Saudi Arabia and Qatar.