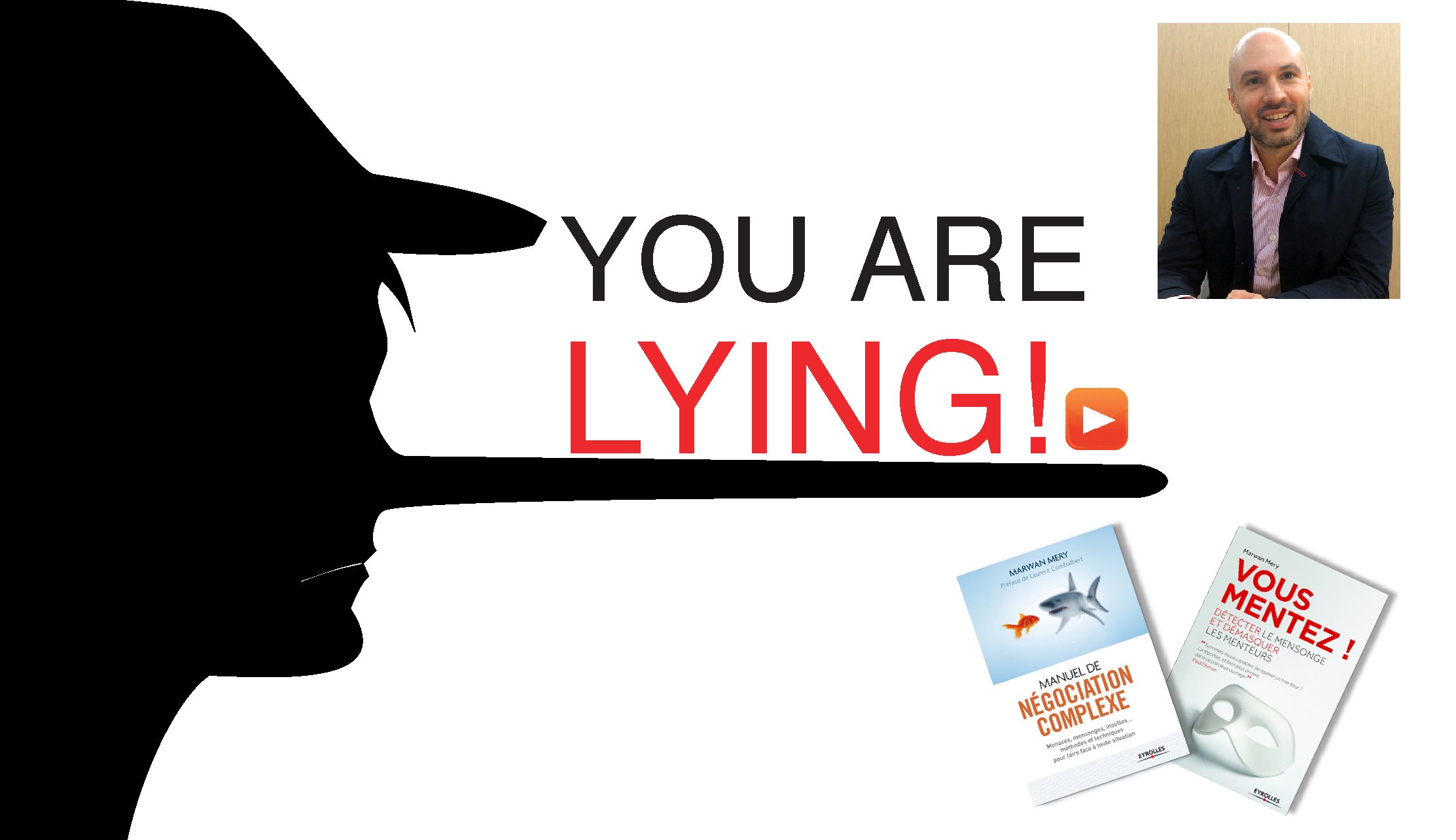 ferences around the world. What did you present at the World Entrepreneurship Forum?

During a recent visit to France, Middle East Business was very happy to meet the author of “You are Lying”, Mr Marwan Mery, who provides readers with practical tools to detect lies and the skills to ask questions that elicit the truth. Each notion is illustrated with concrete examples based on Marwan›s experience.

Can you please tell us about yourself, and a little of what you do?

I’m a professional negotiator and expert in life detection. I work as negotiator for many multinational companies as manager for negotiations teams. I assisted major casinos around the world to help them protect against rofessional cheats. I also act as speaker, advisor and negotiator for government agencies and in top ranking establishments and major companies. And as a negotiator I try to resolve conflicts, no matter how big the conflict is; hostage taking situations, kidnapping and ransom reclaim, commercial negotiation issues, and social conflicts and mediation. That’s basically what I do.

You have participated at many con

At the World Entrepreneurship Forum, I spoke about the range of non-verbal communications that exist. I have 20 years of expertise in life detection, which helps to reveal people’s real emotions by giving them the tools to do so. It also helps people to understand the real emotional status of people through their emotional expressions and facial leakages. And I talked about the seven expressions of emotions as discussepd by both Charles Darwin and Paul Ekman in his famous book, “Lie to Me”.

How does that work?

The great thing about it is that no matter where you come from, no matter your age, your gender, origin or education, you will activate the same muscles to express happiness, anger, disappointment, disgust, content or fear. If you know how to associate these emotions with muscle activations, you can learn how to manipulate emotions – genuine or fake.
For example, if somebody gets angry but activates the wrong muscle, you will recognise the emotion as fake. It’s really important to understand this skill in relationships, in negotiation situations or during social interactions. It will enable you to understand the genuine emotional status of people you deal with.

What is your advice for business people to enable them to conduct effective negotiations during deals?

My best advice is not to take things for granted. There is always a huge gap between the position that is posted by the person and the real status. You need to understand what their real status is. If you take things as guaranteed in some cases, the negotiations will fail because you will remain at the position that has been shown or stated.
What is important is just to understand and get the tools you need – find out what motivates the second party, and in this way you will understand their needs and meet their expectations.

Marwan Mery was born in 1975. He is originally from Lebanon. After graduating from the Sorbonne and King’s College, he started his career in large international groups where he assumed various positions related to negotiation and managing teams of negotiators.

Along with fulfilling these responsibilities, he assisted casinos and gaming circles, in France and abroad for several years, to protect against professional cheating gamblers. By modeling the behaviour of cheaters, he found similarities with bag snatchers just prior to committing the act. His works later interested the police and the gendarmerie, with whom he has collaborated on certain interrogations in view of detecting deceit.

Marwan subsequently adapted these methods in his professional environment, high stake negotiations, in order to determine the credibility of threats, ultimatums, insults and difficult profiles. He was later called upon by different executives to shed light on complex and sometimes specious situations.

Marwan Mery is the author of two books: