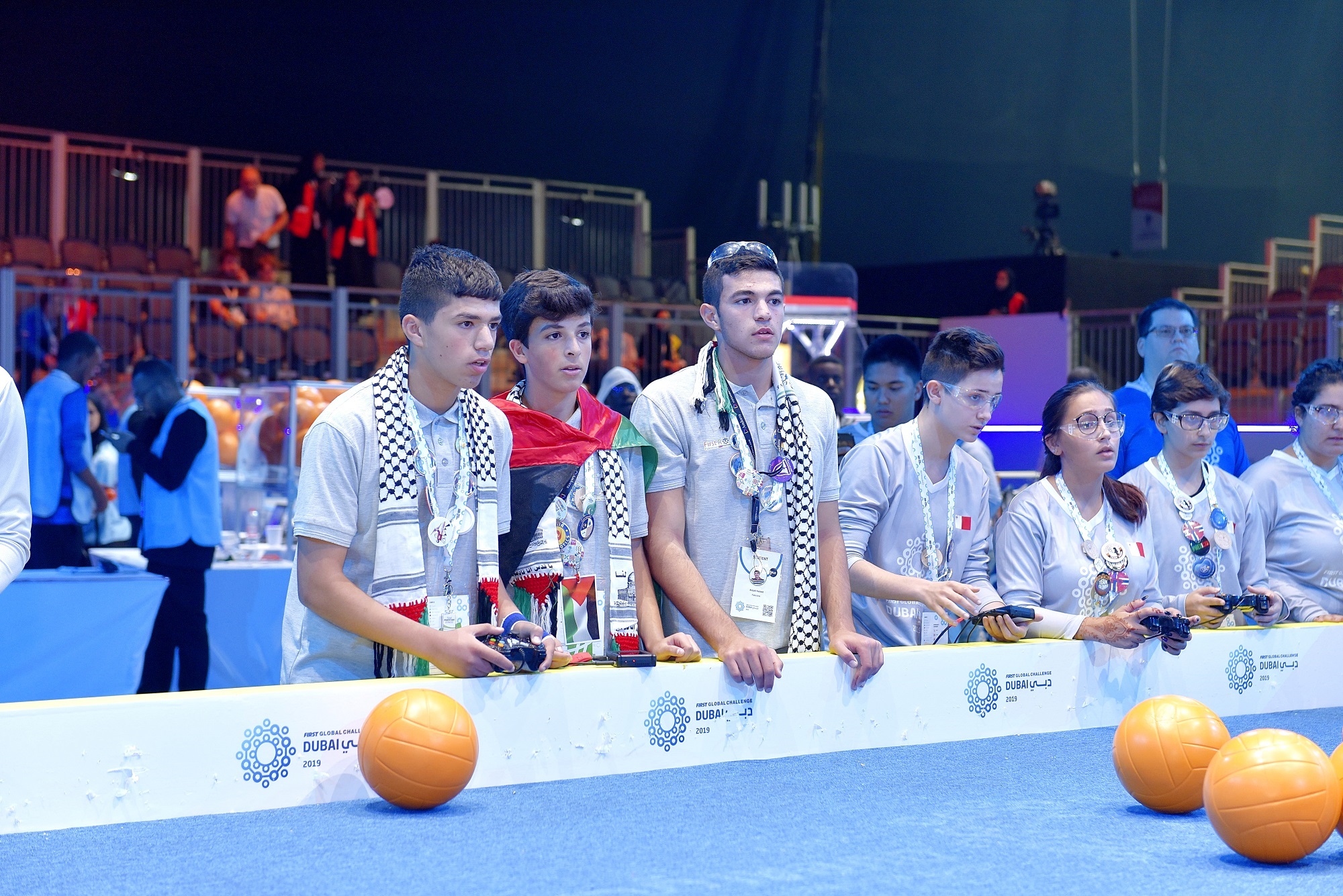 His passion for programming and robotics, and his dream to develop his skills in artificial intelligence motivated Amjad Hamed to lead the Palestinian team to competing in the FIRST Global Challenge 2019 in Dubai.

“Participating in this global tournament allows us to learn about new cultures and gain diverse experience in employing technology to create future applications that will benefit communities,” Amjad says.

Meanwhile, his teammate Shaymaa Ladadwa is excited to share her dreams and ambitions with young people from different continents. The team also includes Omar Saleh, Moayad Yousef and Qais Khatib.

On the other side of the competition arena, Team Egypt agrees on the importance of global cooperation in preserving the marine environment, and of raising public awareness about the vital role of oceans in maintaining environmental balance.

“I feel very sad when I see the high level of global negligence towards the environment, especially since I live in a coastal city that suffers from throwing waste in the water. I hope that we contribute to the international efforts to develop innovative solutions that utilize robotics and AI technologies to shape a cleaner world,” one of the team members says.

Another team member points out that protecting the oceans – the theme of this year’s competition – is everyone’s responsibility, and people must do their part to support relevant local and international campaigns.

Since his childhood, Abdelrahman has suffered from hemophilia, which prompted his family to prevent him from playing with other children in his neighborhood and with his friends from school for fear of his health. This led the boy to discover the world of technology and robots, and establish a new life that refuses to surrender to the disease. His team mates are convinced that coming this far with them is a triumph of Abdelrahman’s never-say-die spirit. 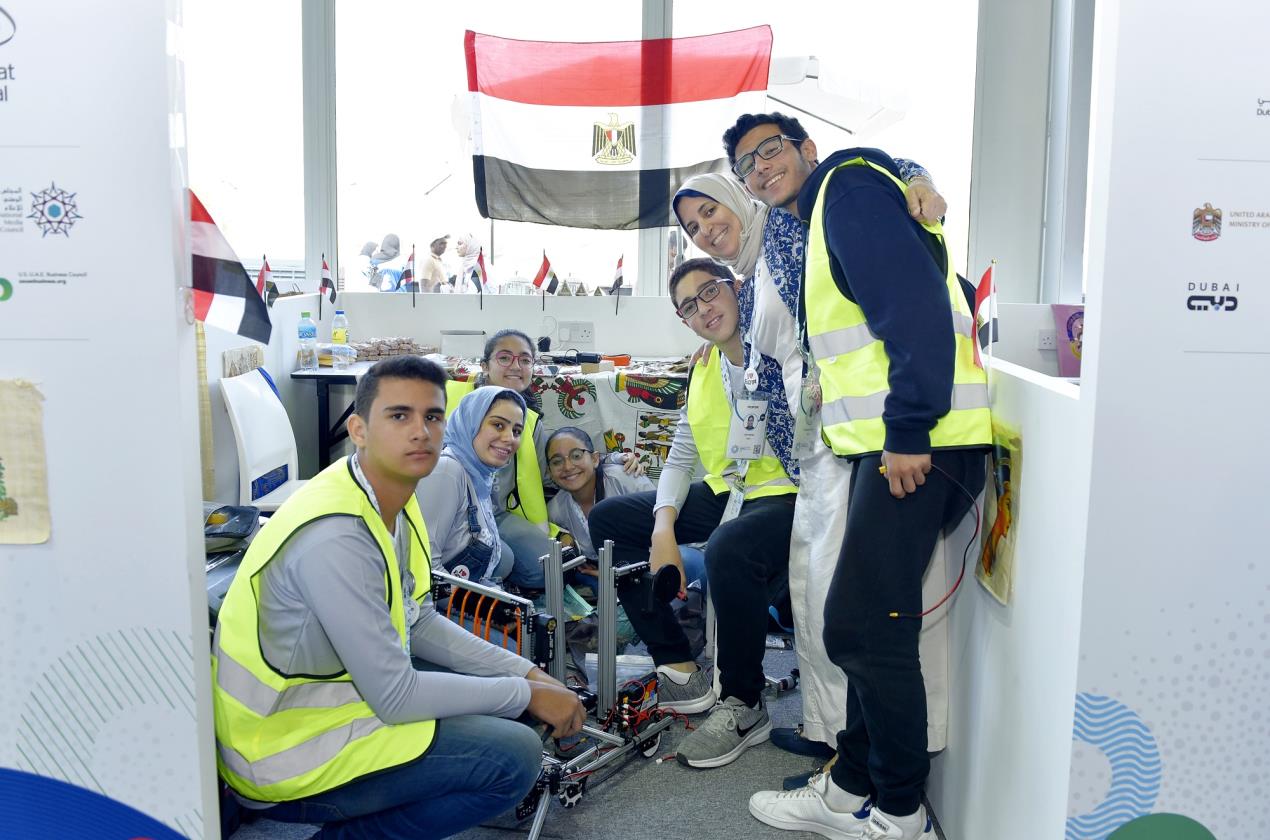 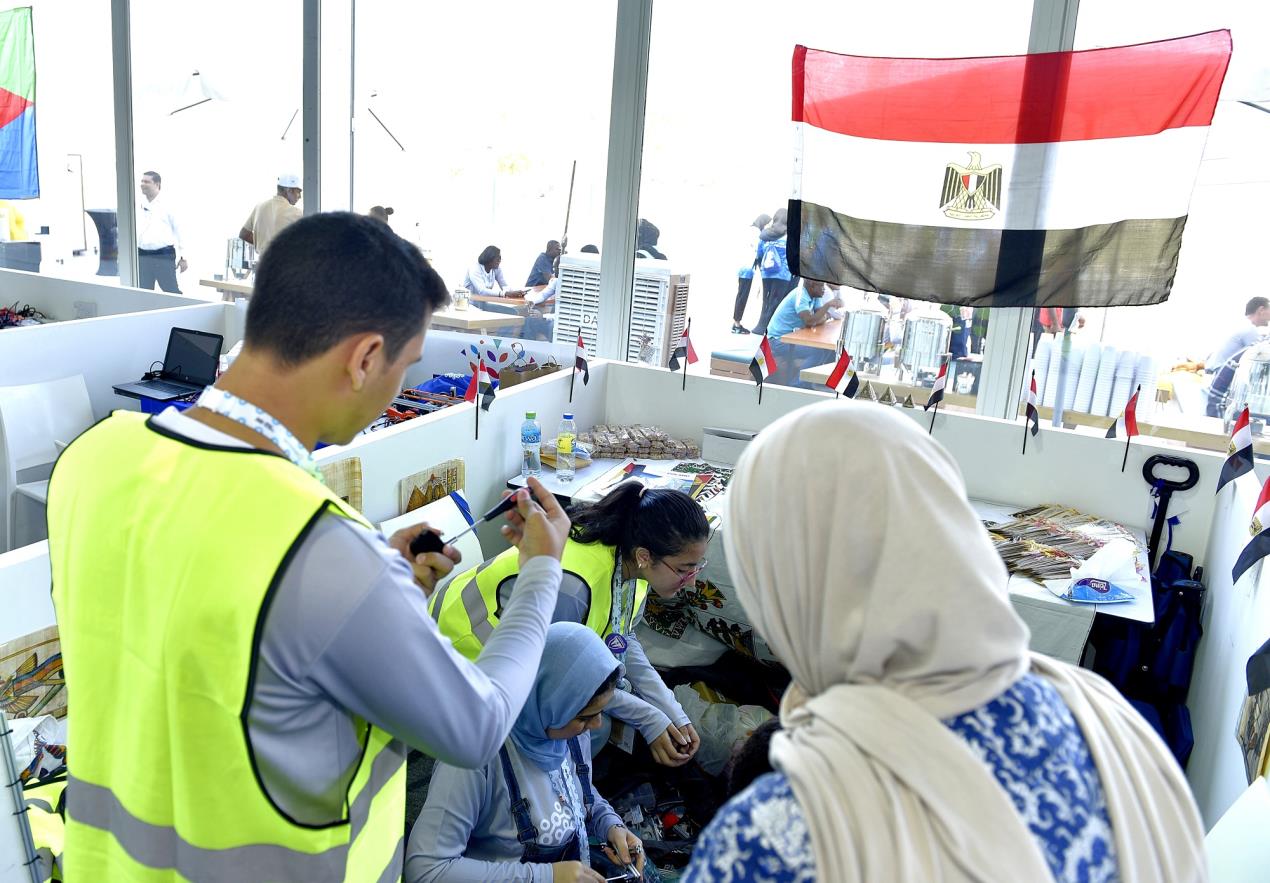 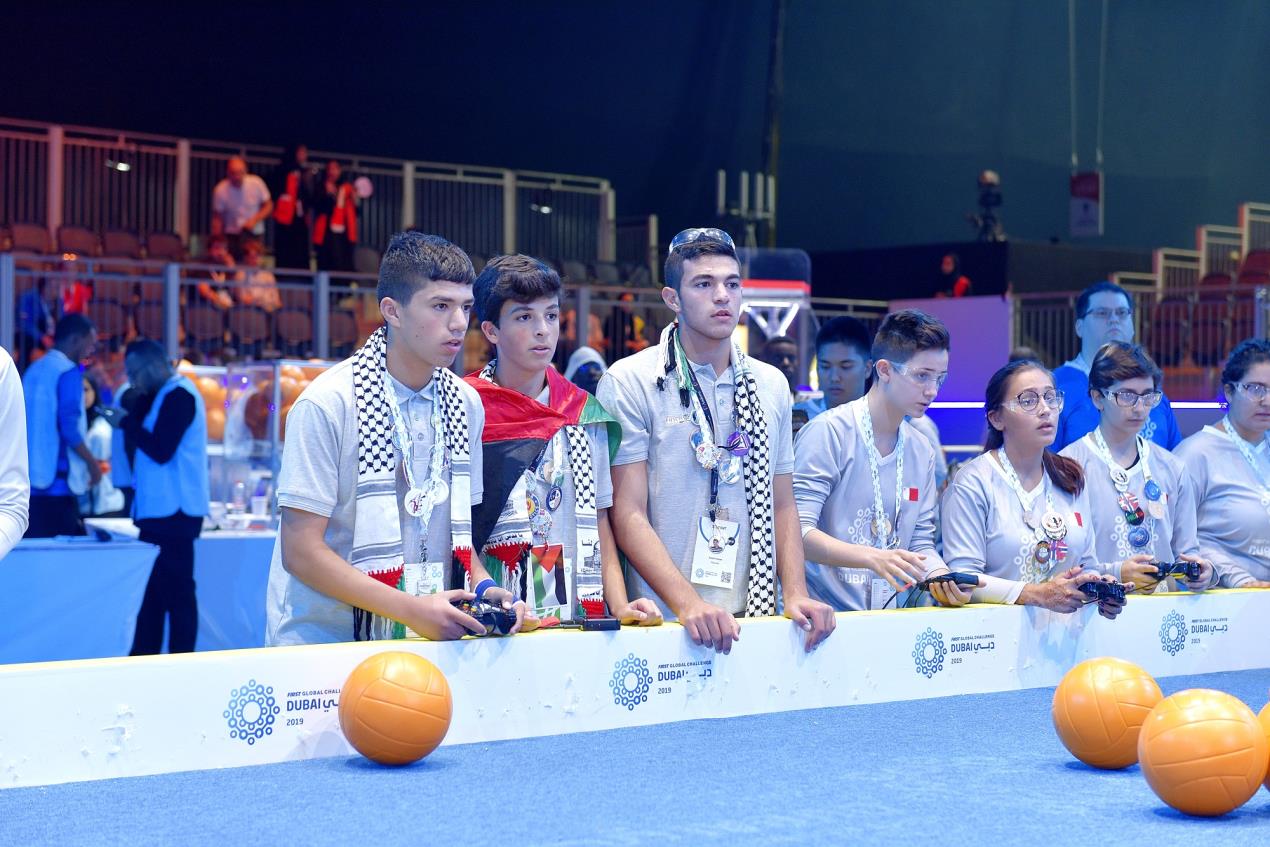 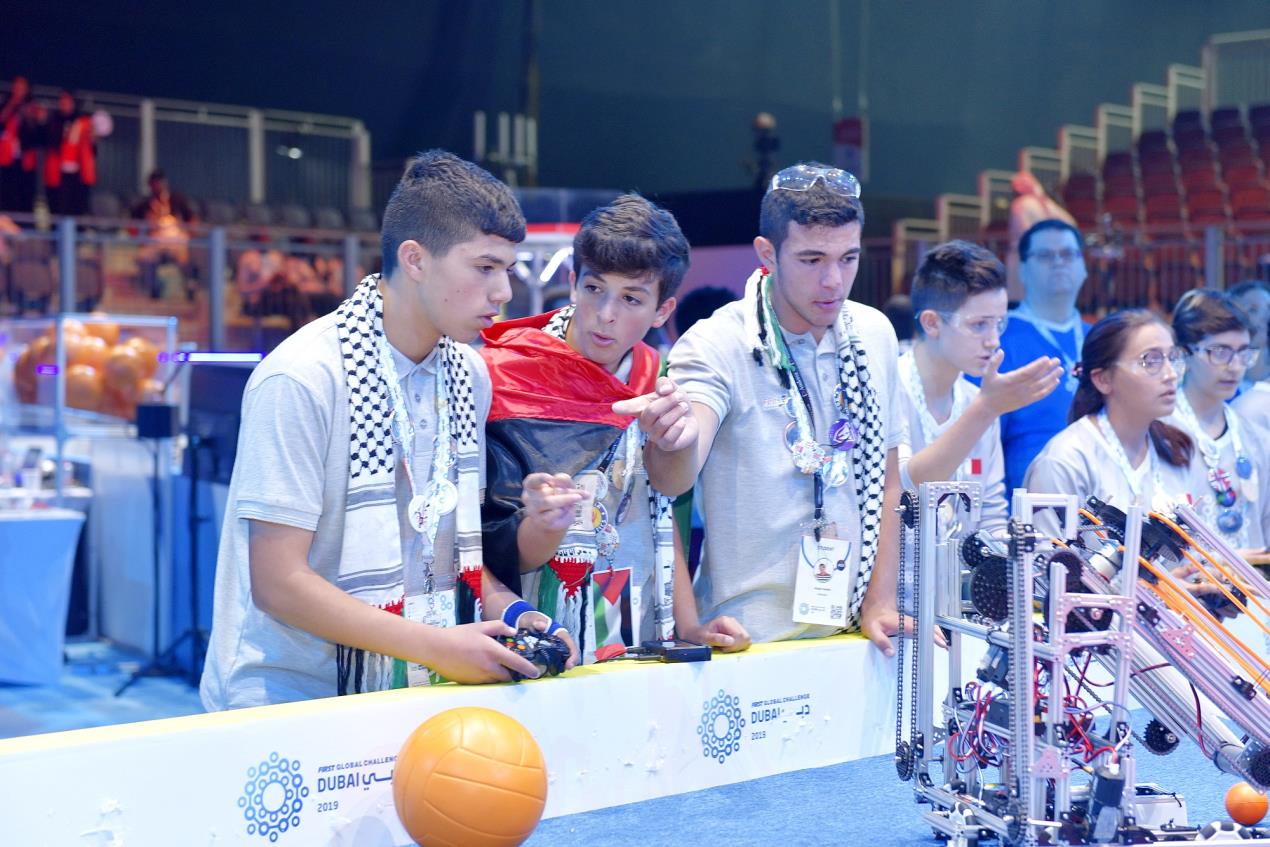 Established in 2016 by His Highness Sheikh Mohammed bin Rashid Al Maktoum, Vice President and Prime Minister of the UAE and Ruler of Dubai, Dubai Future Foundation plays a pivotal role in envisioning and shaping the future of Dubai in collaboration with government and private sector entities from various industries.

The Foundation is mandated to position Dubai as a hub for innovation and a leading city of the future. Its strategic business units comprise Future Foresight, Thought Leadership and Capacity Building, Knowledge Sharing, Prototyping and Accelerating, and Future Experiences.

His Highness Sheikh Mohammed bin Rashid Al Maktoum, Vice President and Prime Minister of the UAE and Ruler of Dubai, once said: “The future is not built on possibilities and numbers but on clarity of vision, planning, action and implementation.” This quote outlines a far-sighted approach for the Foundation that places future readiness at the core of its operations.

About the FIRST Global Challenge

The FIRST Global Challenge invites all nations to send their teams to compete in its robotics Olympics that take place in a different country every year, themed around the greatest challenges facing our planet, including the 14 Grand Challenges of Engineering identified by the US National Academy of Engineering. Each year, a different challenge takes center stage in a bid to foster understanding and cooperation among young people as they use their abilities to solve the world’s problems. The issues facing global society need to be solved, and the next generation can fulfill the task – together.