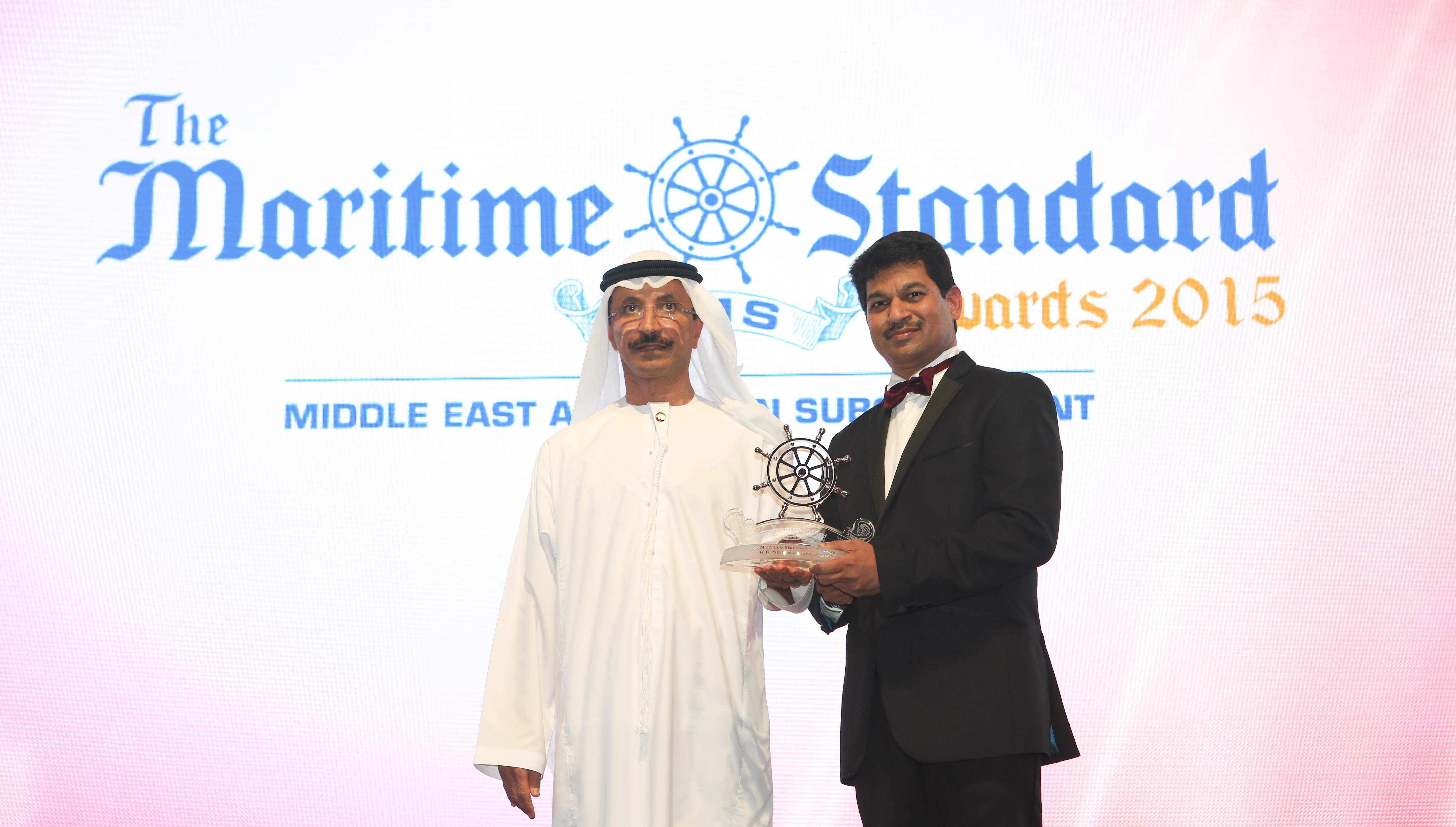 The Maritime Standard Awards aims for hat-trick of succes

The region’s leading maritime industry awards, officially launched today, are now in their third year and will once again celebrate the best and brightest stars of the Middle East and the Indian Subcontinent’s shipping, ports and related maritime  sectors at a glittering and high profile gala dinner

The Maritime Standard Awards (TMS Awards) 2016 will take place at the Atlantis Ballroom, Atlantis The Palm, on 24th October this year. This is the third year in a row that the event, now firmly established as the leading gala awards evening of its type in the Middle East and the Indian Subcontinent, returns to this iconic venue, to build further on its already impressive track record of success. The glittering event recognises and rewards achievement at the highest level and will be attended by over 600 top maritime industry executives and decision-makers from across the region, as well as worldwide.

A total of 29 Awards will be presented on the night, with 21 chosen by an elite panel of judges. The others will be special awards chosen by The Maritime Standard team to mark exceptional individual achievements. This year there will be two new Awards – for best company in the fields of Marine Crewing and Manning and Maritime Security.

Winning an award is also a chance to make an impact. Ali Shehab, Deputy CEO of Kuwait Oil Tanker Company, winner of the Tanker Operator of the Year award, says, “This was really a night to remember, but more than that our achievement has had a longer lasting impact over subsequent months. Being able to say we are The Maritime Standard Award winner has given us greater credibility amongst our customer base and we really have seen positive outcomes from our success in these Awards.”

The Maritime Standard Awards 2016 aims to raise the bar higher still, and further demonstrate that it is a class apart compared with rival events. The Maritime Standard managing director, Trevor Pereira, says, “Over the past two years we have celebrated some of the most influential companies and individuals in the shipping and maritime sectors within the region at an event that is now recognised to be the leading one of its kind in terms of value and prestige. We are already working a series of improvements and new concepts for this year’s awards which will make them even better, and more glamorous, than ever before. It will be an occasion that nobody in the industry will want to miss.”