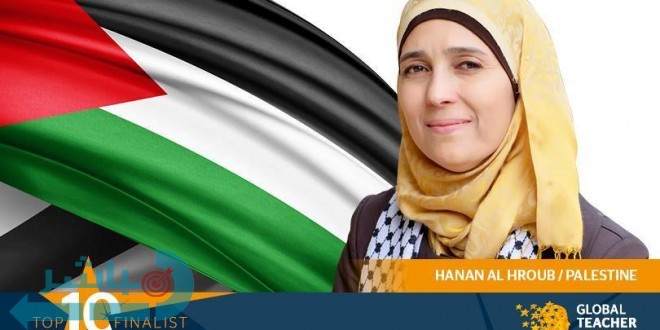 A Palestinian woman teacher has been awarded with a $1million (£707,000) global prize for reaching excellence.

Hanan Al Hroub, who grew up as a refugee and who teaches primary school children in the Palestinian city of Al-Bireh, was handed the second annual Global Teacher Prize which recognises an individual who has made an exceptional contribution to the profession.

During the ceremony, the Pope announced Ms al-Hroub  as the winner in a video message. Prince William also sent his congratulations.

Ms Hroub has written a book called “We Play and Learn,” which focuses on the importance of playing, trust, respect, honesty and literacy.

The winning Palestinian teacher, promised to spend the prize money on creating scholarships for students who excel to encourage them to become teachers.