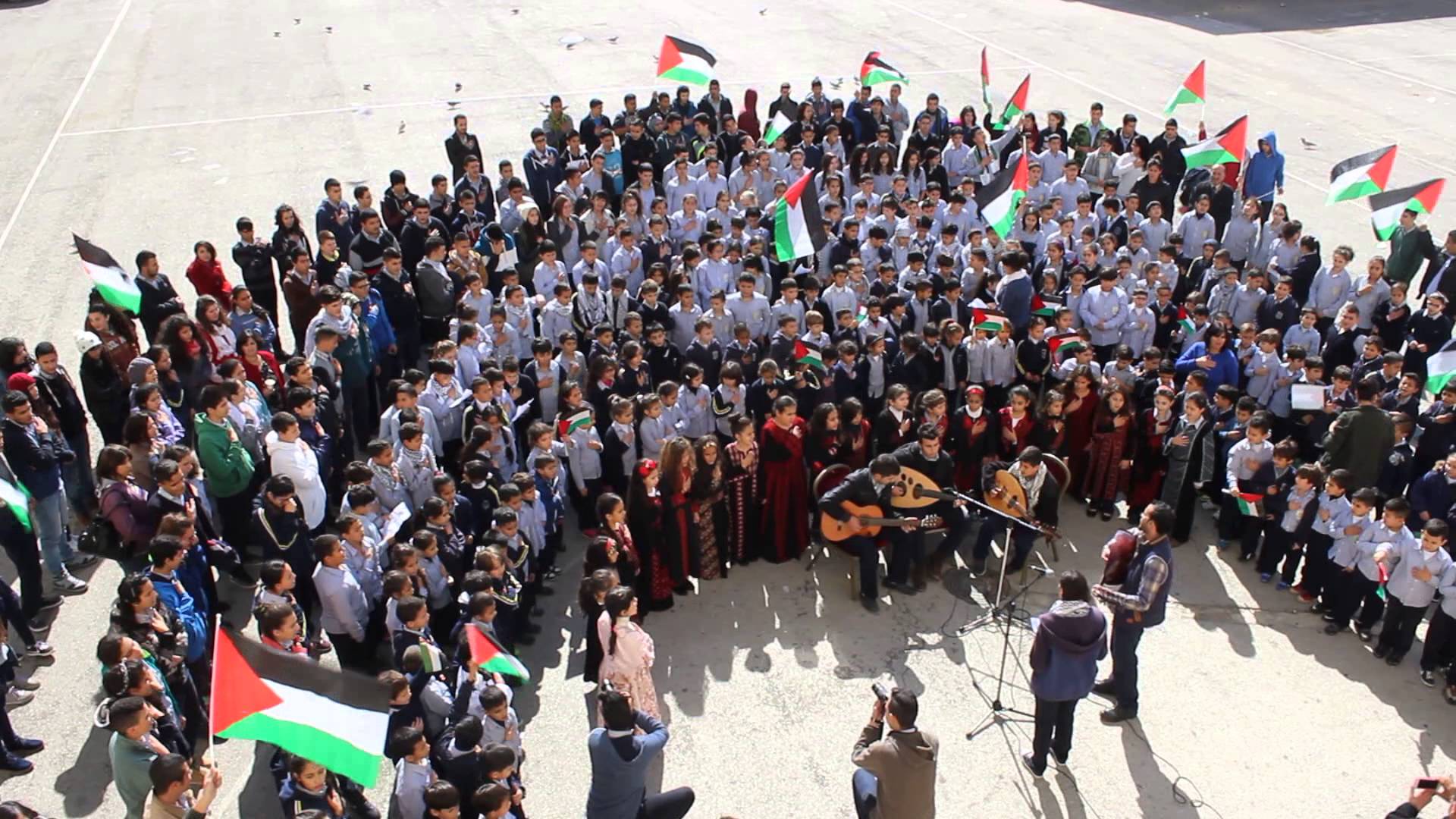 Mandela Square: in the Footsteps of the Man
Activists in Ramallah “My Homeland” for the Second Successive Year in Ramallah

Ramallah – For the second year in a row, Palestinian activists and intellectuals organize “My Homeland” Singing Event on Monday evening in Ramallah, Occupied West Bank. A similar event last year brought together thousands of Palestinians from different regions and countries around the world.
This year, the organizers chose the Nelson Mandela Square in al-Tireh neighborhood in Ramallah to hold the event, given the lasting legacy of the man who spent his life fighting against racial segregation between blacks and whites. Mandela supported the Palestinian cause and is known to have said that “our freedom is incomplete without the freedom of the Palestinians.”
“The organizers pointed out that “My Homeland” is a national popular poem written by Palestinian poet Ibrahim Toukan and set to music by Lebanese composer Mohamed Fulayfel in 1934, becoming the national anthem of Palestine ever since, until at the onset of the Palestinian revolution, it was later replaced by the hymn “Fidaí”.
They added the “My Homeland” aptly described the condition of the Palestinian youth and its eagerness to rise and make every effort to attain its freedom. The hymn encourages Arabs to refuse humiliation and submission to their dire reality.
In a press release, the organizers said that “our goal is to convey the rejection of the Palestinian people to injustice, oppression and occupation and resistance to all forms of tyranny and violence practiced by the occupation against us. As Palestinians, we pursue freedom and independence”.
The organizers added that “we will be meeting at 16:30 on Monday, November 7, in order to make our voices heard across the world, as we chant that our homeland of sublimity and splendor, of beauty and glory, will be free from chains and victorious, it shall overcome humiliation and put an end to its subjugation”.
Last year, on November 7, thousands of Palestinians assembled in public squares in several cities in Palestine and the diaspora to sing “My Homeland”, in an event that captured significant attention.