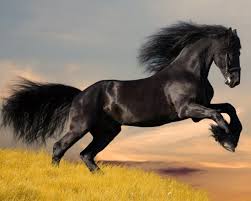 Arabian beauties battle it out

Arabian thoroughbreds of all ages – yearlings, fillies, foals, colts, mares, stallions – will compete in the finals of the 14th Dubai International Arabian Horse Championship today. The competition presents some of the most magnificent Arabian breeds in the world, worth an estimated USD1 million to USD2 million, to horse enthusiasts. With AED 15 million in prize money, the Dubai International Arabian Horse Championship is the most prestigious competition of its kind in the world. It is a beauty competition for Purebred Arabian horses, from the very young to the elderly statesmen of the Arabian equine world.

The Arabian horse auction is back with Arabian purebred horses from local studs available for viewing, bidding and buying. Organised by Emirates Bloodstock, the auction offers over 120 pureblood Arabian horse breeds for sale and with approximately AED 8 million set to change hands between buyers from Saudi Arabia, Kuwait, the UAE, Egypt and Iran among others.

Al Tamimi Stables hosts a “Fun Farm” petting zoo where children will have the opportunity to touch, feed and learn about various domesticated animals such as Blondie the Shetland pony, Bianca the goat, Marvin the snake, Carrot the rabbit, Tony the Cockatoo and more.

Due to their popularity, the Spanish Equestrian performances are an annual fixture at Dubai International Horse Fair and includes 30 minutes of thrilling stunts and manoeuvres.

International and local artists are presenting their finest equestrian masterpieces at the dedicated Art Gallery. This segment of the show is a launch pad for artists to penetrate the Middle East’s increasingly lucrative equestrian art market. Painters, sculptors and sketch artists from France, Spain, Italy, South Africa and Kyrgyzstan have unveiled their horse-themed creations. These include intricate oil paintings, life-sized sculptures, mixed media pieces and bespoke items.

The Dubai International Horse Fair 2017 is held in Za’abeel Halls 5 and 6 at Dubai World Trade Centre. Opening hours are 11 am – 8 pm on 18 March. Admission is free of charge and open to trade visitors and the general public. Children under the age of 16 must be accompanied by an adult at all times.