Asia is expected to lead the global ethylene industry capacity growth from new-build and expansion projects by 2030 with a share of 61%, according to GlobalData, a leading data and analytics company.

GlobalData’s report ‘Ethylene Market Capacity and Capital Expenditure (CapEx) Forecast by Region, Top Countries and Companies, Feedstock, Key Planned and Announced Projects, 2021-2030’ reveals that the total ethylene capacity of new-build and expansion projects in Asia is expected to be 63.4 million tonnes per annum (mtpa) by 2030. Out of this capacity addition, 61.7 mtpa is from new-build projects and the remaining capacity is from expansion projects.

Teja Pappoppula, Oil and Gas Analyst at GlobalData, says: “Asia will continue to dominate the global ethylene market with the biggest number of new projects driven by growing economies in the region i.e., China and India.” 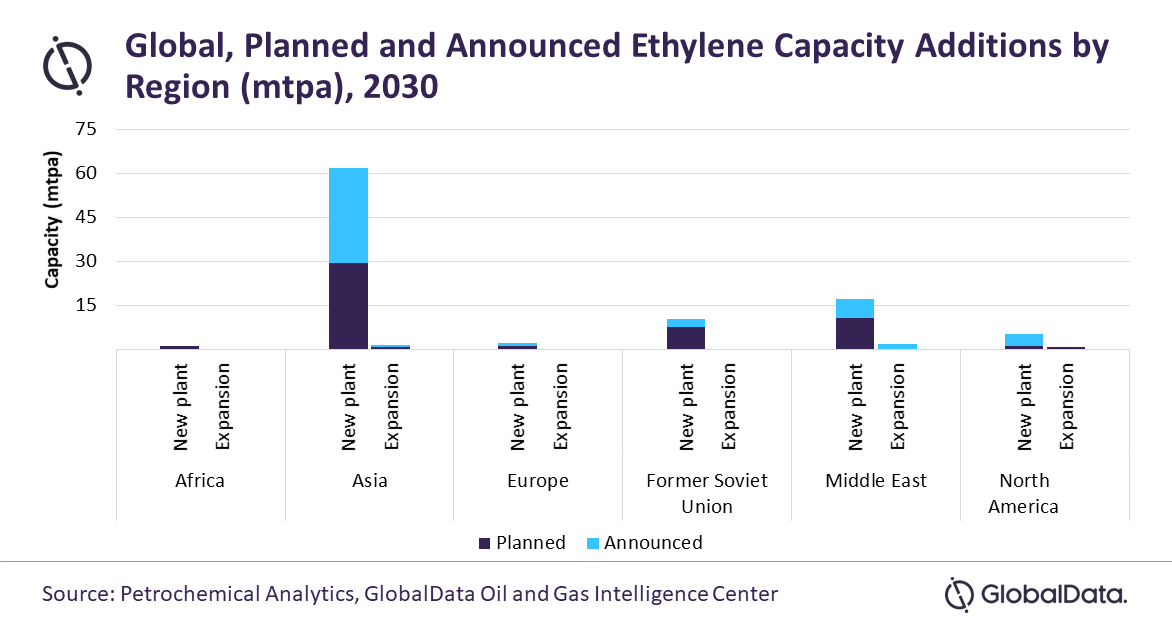 Former Soviet Union stands third, with new-build and expansion petrochemical capacity of 10.8 mtpa by 2030. Of these, most of the ethylene capacity additions will come from new-build projects.