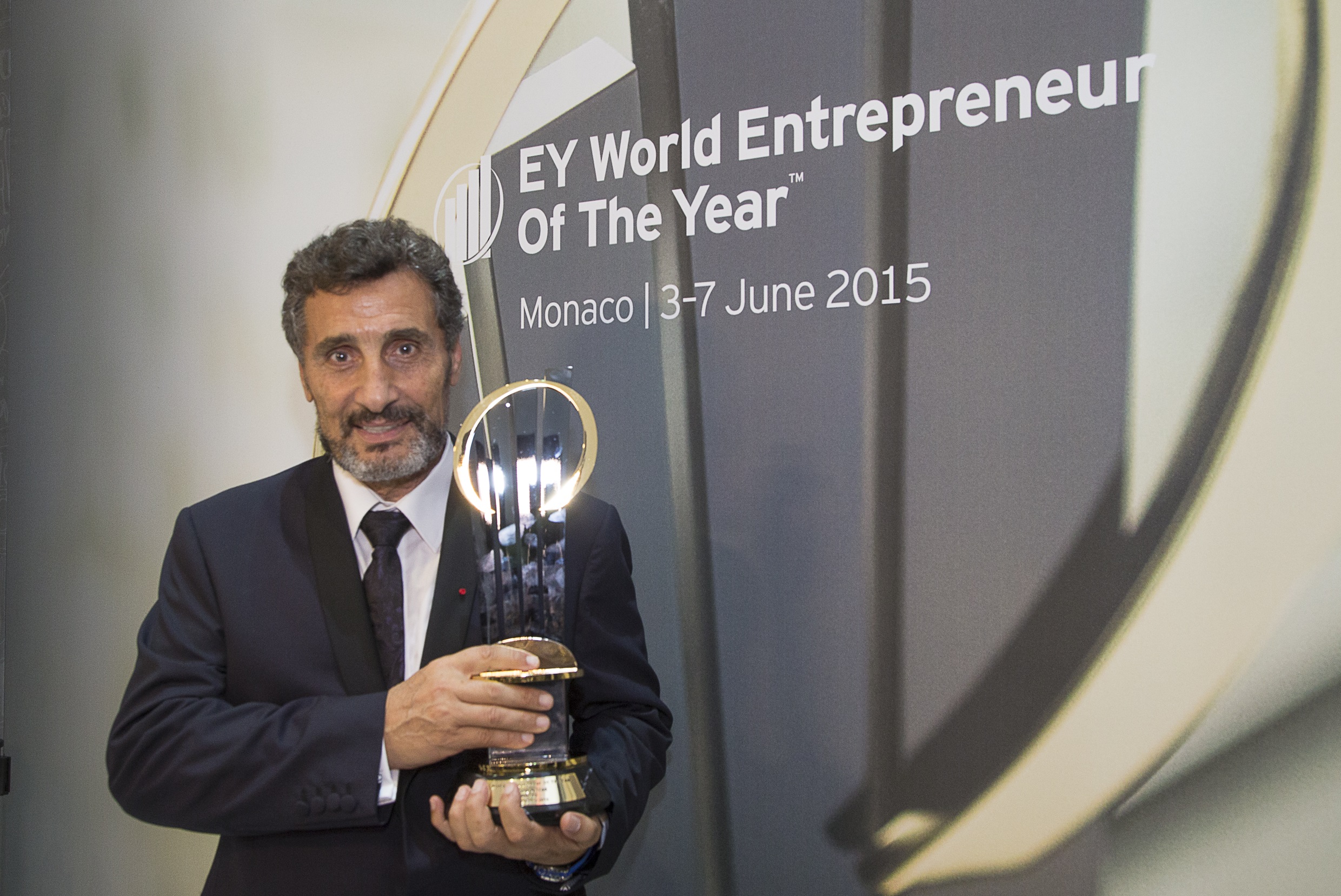 Keeping his mother’s spirit alive is the extraordinary motivation that drives Mohed Altrad, World Entrepreneur of the Year.

This year, from out of 52 national award winners, France’s Mohed Altrad was crowned as World Entrepreneur of the Year, in Ernst & Young’s annual contest.

His is an extraordinary rags to riches journey. Born in the Syrian desert, a Bedouin, his father was the leader of the tribe. His mother was a poor young girl, had a tragically short life, and died the day he was born. His grandmother looked after him during his early years.

His luck began to turn when a childless local couple took him under their wing. A clever boy, he flourished at school. Sixty years ago, Raqqa in Syria was as complicated a place to live as it is today: a military dictatorship under the influence of France and the Soviet Union. Mr Altrad won a place at Kiev university, only to be told the course was full. Instead, he was sent to one of the oldest universities in Europe, Montpellier in France, without speaking a word of French.

With a lot of hard work, he achieved a PhD in computer science, going on to work in  numerous French companies. After becoming a French citizen, he travelled to the Gulf to work for the Abu Dhabi National Oil Company, saving his earnings as he dreamed of being his own boss.

Back in France he co-founded a company making portable computers, which he later sold. With this capital, Mr Altrad and a partner bought a small, but failing, French scaffolding business.

The new owners made it a success, incentivising staff with performance bonuses. Mr Altrad used the newfound profits to expand, buying other companies in what was a fragmented local industry undergoing widespread consolidation. He tried to treat his employees well, asking them to respect a list of principles upon joining the firm.

He began to expand abroad, expanding the products and services the business offered to builders, but keeping his ethos. Over 30 years, this small business now encompasses 170 companies under the Altrad umbrella. Seventeen thousand people, $2bn (£1.3bn) turnover, $200m annual profit. He has just doubled the size of the company by buying a Dutch rival.

He uses his sleepless nights to write books, some of which have been about economics, and his autobiographical novel, ‘Bedouin’, was recently chosen by French education officials to be read in schools.

Despite the fact that he has enjoyed such success, and won such acclaim, Mohed Altrad remains a quiet and thoughtful leader.

“You can ask why I am doing this”, he says. “It has never been for money. I am trying to develop a humanistic venture to make the people who work for me happy – if they are happy, they are more efficient, perform well, perform well, and they have a better life.

“I owe a lot to my mother  – a debt I will never be able to repay – and keeping her spirit alive is my motivation”.