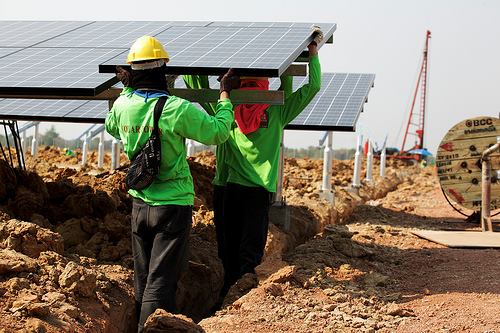 Boosting Lending to Very Small Enterprises in the Arab World

A new study from IFC, a member of the World Bank Group, has found that although very small enterprises (VSEs) represent a substantial market opportunity for microfinance institutions and a strong driving force for economic development, current lending efforts remain inadequate.

The report, based on a survey administered in conjunction with Sanabel, the Microfinance Network of Arab Countries, highlights efforts carried out thus far to serve the VSE segment, and the challenges that hinder microfinance institutions, as well as others in the region, from supporting the segment. Italso summarizes lessons learned by microfinance institutions who have scaled up their lending efforts to serve VSEs from the region and beyond.

“Our findings show that very small enterprises represent a substantial market opportunity for banks and microfinance institutions who have long shied away from financing them, due to a lack of internal capacity on how to asses credit risks, and limited knowledge about their financial needs,” said Sahar Tieby, Executive Director of Sanabel. “This has ultimately led to a culture of adaptation rather than innovation of products for the VSE market.”

Very small enterprises generally have 2-10 employees and in some cases as many as 20 employees, unlike micro-enterprises, which are generally run by a sole entrepreneur. There are over 5 million VSEs in the Arab World, but only 10 percent of these are able to access the financing they need, leading to an estimated credit gap of $13.5 billion. The figure does not include informal VSEs that are typically smaller and more numerous than formal ones, and less served financially.

The report marks the second in a series of studies on the microfinance sector currently being developed by IFC and Sanabel.The initiative is part of IFC’s wider efforts in MENA to expand access to finance and support formicro, small, and medium enterprises, and create jobs. Globally, IFC invested $633 million in microfinance projects in fiscal year 2016, and launched 61projects with microfinance institutions.

IFC, a member of the World Bank Group, is the largest global development institution focused on the private sector in emerging markets. Working with 2,000 businesses worldwide, we use our six decades of experience to create opportunity where it’s needed most. In FY16, our long-term investments in developing countries rose to nearly $19 billion, leveraging our capital, expertise and influence to help the private sector end extreme poverty and boost shared prosperity. For more information, visit www.ifc.org