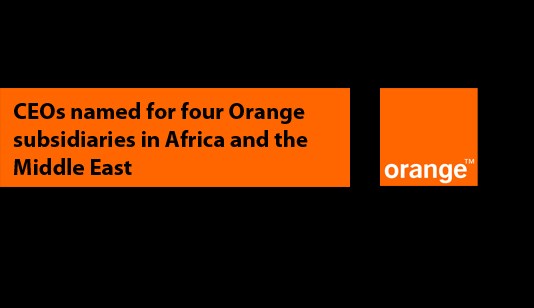 The appointments are effective from 13 September 2015

PARIS, France, September 3, 2015/ — In agreement with its local partners, Orange (http://www.orange.com) has appointed the following CEOs for four of its subsidiaries in Africa and the Middle East: 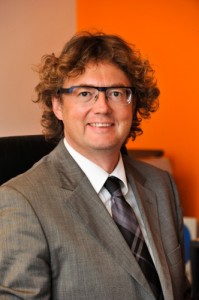 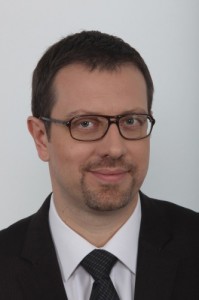 All of these appointments are part of the Group’s international mobility policy, and occurred at the end of the previous CEO’s term.

The appointments are effective from 13 September 2015.

According to Marc Rennard, Orange International Executive Vice President for the Africa, Middle East and Asia zone, “The new CEOs all have significant executive experience in the telecommunications industry. They will continue and enhance the development of their respective subsidiaries, in an innovation-driven environment. Their contribution will be vital for the Orange group, which is accelerating its growth in Africa and the Middle East.”

Eric Bouquillon, the new CEO of Orange Guinea, is a graduate of the Lille University of Science and Technology. He has 30 years of experience with the Orange Group. After a career in sales, mainly focused on call centres in France and Poland, he was appointed Director of a Technical Assistance Unit. He has been the CEO and General Manager of Orange Réunion and Mayotte since 2010.

Alassane Diene, the new CEO of Orange Mali, holds an advanced degree in accounting from the Institut des Techniques Economiques et Comptables in Toulouse. He has 29 years of experience in the telecommunications industry, including stints in Internal Auditing, Management Control, Strategy and HR, and has served as both Head of Auditing and Management Control and Head of Human Resources at Sonatel. He managed the group subsidiary Orange Guinea from its creation in November 2007, making it the leader on its market.

Jérôme Hénique, the new CEO of Jordan Telecom, is a graduate of Sciences Po Paris and the Ecole Nationale Supérieure des Postes et Télécommunications. He has spent over two decades with the Orange Group. After starting his career as a Strategy consultant, he held executive positions in France, Spain and Senegal and worked in both the landline and mobile sectors for historic operators and challengers, in positions including Vice President for Subsidiary Marketing and then Senior Vice President for Group Marketing at Orange. He has been the Deputy CEO of the Sonatel Group since 2010.

Thierry Marigny, the new Deputy CEO of Sonatel, is a graduate of Telecom Management and holds a Master’s Degree in Telecommunications Management from Université Paris-Dauphine. After a career as a consultant, he moved on to a series of operational positions, including Chief Marketing Officer at Mobistar, Deputy CEO of Lebanese mobile operator Cellis, founder and CEO of the start-up Cityneo and CEO of Orange Tunisia. Most recently, he served as the Global Brand Vice President and launched the new overhaul of the Orange Brand for the whole international Group scope.

Orange (http://www.orange.com) is one of the world’s leading telecommunications operators with sales of 39 billion euros in 2014 and 154,000 employees worldwide at 30 June 2015, including 97,000 employees in France. Present in 29 countries, the Group has a total customer base of 248 million customers worldwide at 30 June 2015, including 190 million mobile customers and 16 million fixed broadband customers. Orange is also a leading provider of global IT and telecommunication services to multinational companies, under the brand Orange Business Services. In March 2015, the Group presented its new strategic plan “Essentials2020” which places customers’ needs at the heart of its strategy with the aim of allowing them to benefit fully from the digital universe and the power of its new generation networks.

For more information on the internet and on your mobile: www.orange.com, www.orange-business.com, www.livetv.orange.com or to follow us on Twitter: @orangegrouppr.

Orange and any other Orange product or service names included in this material are trademarks of Orange or Orange Brand Services Limited.