Teja Pappoppula, Oil and Gas Analyst at GlobalData, comments: “In China, two new-build VDU refineries are likely to start operations by 2025, of which Gulei is a planned one with identified development plans and the remaining Panjin II is an announced refinery. Gulei and Panjin II are expected to start operations in 2022 and 2024 with VDU capacities of 154 mbd and 144 mbd respectively.” 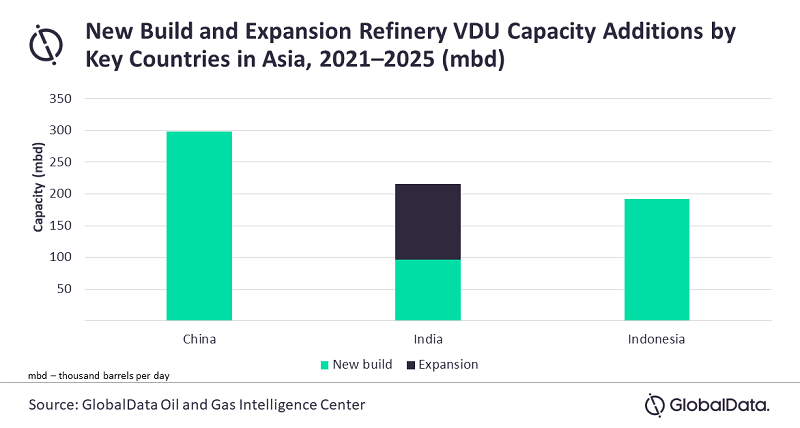