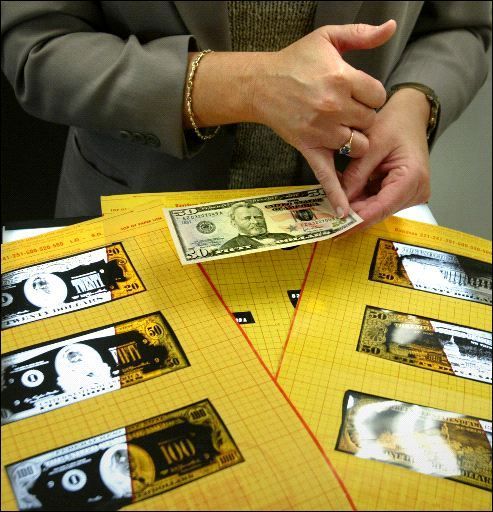 Counterfeiting is big business. In these days where one can buy almost anything online, no product has been left unaffected.

Counterfeit goods are estimated to have cost the global economy $1.7 trillion in 2015 and this figure is expected to rise by 15% each year as the amount of fake and often hazardous goods sold through digital and social media sites fuels a sharp increase.

“There are no reliable figures to estimate the size of the counterfeit trade and loss to the economy,” says Abdullah Hasayen, chairman of Dubai-based Brand Owners Protection Group. “It has been estimated by the World Customs Organisation at 7% of global trade, which translates to hundreds of billions of dollars in losses every year.”

INTERPOL, the world’s global network of police organizations involving 190 member countries, is working to identify, disrupt and dismantle transnational organized networks behind the trafficking in illicit goods. Their high-tech infrastructure of technical and operational support helps meet the growing challenges of fighting crime in the 21st century.

Trafficking in illicit goods is a generic term used by INTERPOL to describe all types of illicit trade. It includes such practices as counterfeiting (trademark infringements), piracy (copyright infringements), smuggling of legitimate products and tax evasion. Selling fake or counterfeit products as the real thing is one aspect of this crime; so is selling genuine goods on the black market to avoid paying taxes. By avoiding regulatory controls the criminals behind these activities typically peddle often dangerous goods with a complete disregard for the health and safety of consumers. The phenomenon has grown to an unprecedented level, posing tremendous risks to society and the global economy.

All levels of society are impacted by trafficking in illicit goods. For example, counterfeiting harms businesses which produce and sell legitimate products, governments lose tax revenue from products manufactured or sold on the black market, and consumers are at risk from substandard products.

The role of organized crime

A clear link has been established between the trafficking of illicit goods and transnational organized crime. Criminal organizations are attracted by the lucrative profits involved in trading counterfeit or fake goods, or in trading legitimate goods through illicit channels. The criminals involved manufacture and trade illicit goods on a regional and increasingly global scale.

Organized crime networks exploit new technology, differences among national regulatory regimes and links between the global economic, finance and transportation systems for their own gain. They use the profits to fund other criminal activities such as drug trafficking, people smuggling and robbery.

Fake pharmaceuticals and the dangers

Yasar Yaman, director global security of pharmaceutical firm Pfizer EMEA, concedes that it is impossible to assess the true scope of the counterfeiting problem. “What we do know is that those who counterfeit our medicines are no longer small amateur operations from their garage or basement,” he says.

Pfizer has witnessed a significant increase in the number of countries where counterfeit medicines have breached the legitimate supply chains – from just seven in 2006 to 50 in March 2011. Six of those countries are in the MENA region: Egypt, Jordan, Kuwait, Libya, Saudi Arabia and the UAE.

“These products are made in locations that are unlicensed, unregulated, not inspected and insanitary,” he says. “We have seen life-saving medicines being manufactured in rodent and pest infested labs with mould growing on the walls, peeling paint and dirty equipment. We have also seen supposedly sterile injectables filled with ordinary tap water in filthy bathrooms.

“Counterfeit medicines may contain no active pharmaceutical ingredient (API), too much API, or the wrong API. Our labs have confirmed the presence of pesticides, rat poison, brick dust, leaded paint, cartridge ink and floor polish. There have also been reports of heavy metals, arsenic, anti-freeze – and even plaster and wallboard.”

The firm’s anti-counterfeiting programme has prevented more than 65 million dosages of counterfeit Pfizer products from reaching patients around the world since 2004. In the MENA region, more than six million fake drugs have been seized. Middle Eastern countries where authorities have dismantled counterfeit medicine manufacturing operations include Egypt, Jordan and Qatar.

Is your mechanic risking your life for profit?

Another major issue in the region is fake auto parts. Reports suggest that these may be responsible for around half of all road fatalities in Saudi Arabia.

“Counterfeit brake pads have been found to consist of a mixture of sawdust and wood particles,” reports Alexander Liske, brand protection manager, Ford Middle East. “Should they be installed on a vehicle, there is a high chance it will catch fire. Likewise, counterfeit windshields are mostly made from a single layer of glass which, in case of an impact, will shatter into particles of different and uncontrolled sizes.” Furthermore, with increased technology development over past years, counterfeit spare parts can affect other components in the vehicle.

According to Scott Butler, CEO of the Arabian Anti-Piracy Alliance, the high level of counterfeiting in the region also presents a major threat to the development of intellectual property. “High piracy in the pan Arab region has a huge economic impact by stifling creativity. In the US, the copyright industries provide 11% of GDP through companies such as Disney or Pixar. The region could enjoy the same economic benefits from creativity, but is impaired because of the larger countries such as Saudi Arabia, Egypt and those in the Levant that do not adequately protect copyrights. These same countries have over 90% piracy rates. We have yet to see a single copyright offender imprisoned for a single day, despite millions of pirate CDs being seized and multiple offences from the same parties.”

This, continues Butler, affects other parts of the region with a lower incidence of counterfeiting, such as the UAE. While the emirates have created an environment for creativity through free trade zones, high piracy rates elsewhere are sapping market potential for creative firms. “Take a look at the games being sold in Virgin Megastore,” he says. “There are little-to-no games being produced specifically for the pan Arab region because there is no market and protection. The locally-created products would be pirated.”

As another industry observer concurs, “The most critical impediment in fighting piracy in the Gulf is its largest market, Saudi Arabia. The home entertainment segment loses over 500 million Saudi riyals every year – let alone the losses to the retail, merchandising, advertising, promotion, media and video games industries. These potentially snowball into billions of riyals.”

While the UAE consumes a relatively low volume of pirated goods compared to some of its neighbours, it serves as a major transit hub. “Its strategic location and excellent shipping and logistics facilities make this region very attractive as a distribution hub,” says Hasayen. “Counterfeiters also take advantage in passing on illegal products from origin to markets – using free zone areas to import, store and re-export to the rest of the world. This could be harmful to the region’s reputation and to the legitimate businesses operating here. It also affects business attractiveness in terms of offering solid protection for intellectual property rights.”

Looks real … but it isn’t quite right

Finally, counterfeit products are becoming increasingly sophisticated and harder to detect. “We have seen advanced imitations of the boxes and even the security holograms we use to identify original products,” says Ernest Azzam, laser and enterprise solutions business manager at print cartridge manufacturer HP Middle East. Over the past four years HP, along with local authorities, has seized more than 30 million counterfeit products and components worldwide. In the UAE, the latest seizure included more than 125,000 items worth $20 million.

“It’s difficult to find reliable data, but one distributor in Yemen says he is losing 70 to 80% of the total market to piracy,” says Eynon. “In Saudi Arabia it may be as high as 30 to 40%. It’s not such a big problem in the UAE, although we believe that many pirated materials are produced in the emirates – certainly in Sharjah.”

With no development costs for counterfeiters, if suppliers can buy 5,000 copies of a book at a fraction of the cost and sell them at the same retail price, there are huge margins to be made.

Fake make-up also poses a significant threat – up to 200 times the safe limit of chemicals, including arsenic, lead, mercury, copper and cadmium  – and a massive haul of branded counterfeit goods was seized by UK authorities recently.

The sharp growth of the counterfeit market in recent years has been due to the rise of online sales. 524 million adverts were disabled by Google in 2014 for promoting counterfeit goods, malware and other violations of its policies, while Facebook took down over 3,000 fraudulent listings in a 60-hour period in the same year.

In the UAE, the authorities are working alongside brand owners and there are many success stories. Seizures of counterfeit goods by both HP and Pfizer are cases in point. In the Middle East, seizures of pharmaceuticals decreased from more than 2.7 million in 2009 to around 1.5 million in 2010.

But, at the same time, counterfeiters are becoming more resourceful. Legitimate brands have won some major battles, but the war is far from over.