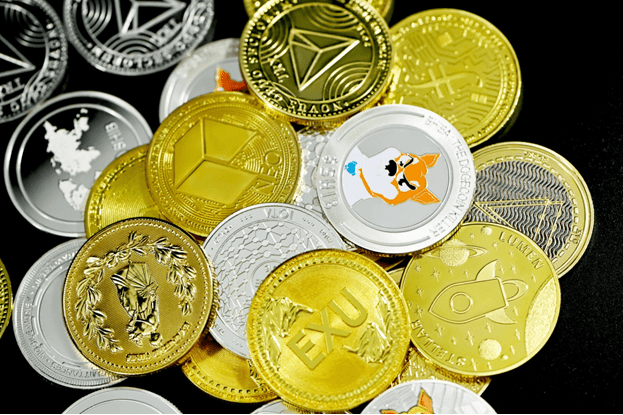 Four Up-and-Coming Cryptocurrencies To Know About

It’s hard to fully capture just how much the cryptocurrency market has exploded in the last several years. In the mid-2000s, most people who knew about cryptocurrency likely only knew about Bitcoin, and possibly its close cousin Litecoin. But as of 2021, there were as many as 7,812 cryptos on the market (if not more), as well as crypto ATMs across the world. It’s impossible to get an exact count, but the basic fact is clear: there are more than enough to pay attention to all at once.

This presents a challenge for those who may be looking to get into the crypto market. Mainstream assets like Bitcoin, Ethereum, Tether, and Cardano dominate the conversation, and beyond these and a handful of others, it’s difficult to know which assets deserve attention. To help you begin to look through some of the countless options out there though, we’ve put together a list of four particularly interesting up-and-coming cryptos to keep an eye on….

Billed as the “Indian TikTok,” the Chingari platform has seen lucrative funding rounds in the last year (and a $19 million one in the fall of 2021 in particular). This funding appears to have been powered by a combination of celebrity and blockchain applications. And in the meantime, Chingari continues to add features –– including new audio rooms similar to Clubhouse or Twitter Spaces. But it’s the Gari Network that “powers” the app, rewarding users with “GARI tokens” for watching videos and engaging with the platform. The tokens are meant to “transform India’s creator ecosystem” by enabling creators using Chingari to set up their own eCommerce operations. And because of the rising popularity of the app, the GARI token is already gaining value –– up to $0.65 as of this writing.

When the NFT (non-fungible token) explosion happened in 2021, one series of postmodern-Darwin-energy images became the best known. For those to whom that sentence is gibberish, the basic idea is that people began to place enormous value on the digital files of online artworks, and a series of “bored ape” drawings rose to the top of the heap; one such item is currently listed for sale for more than $1m. These drawings sprouted from creators who have named themselves Yuga Labs, who –– following the explosion in bored ape popularity –– minted “ApeCoin” and distributed it to those who held Bored Ape NFTs. That effectively put the currency into circulation, with the intent being that it will be the “default currency for all things related to the Bored Ape community” moving forward. The coin reached a high to date of $23.62 in April, and is worth around $8.24 at the time of this writing.

Imagine being able to support a sports team by owning a piece of a pooled fan membership, and you’ve got the basic concept of Chiliz. This is an emerging cryptocurrency that is linked to the Socios platform, which frames itself as a “digital pass to the teams you love” for sports. Chiliz are purchased by fans and then traded for fan tokens, which are almost like sub-cryptocurrencies. The value of these fan tokens depends on their popularity (and thus the popularity of the related team), and they can be traded and sold back as fans desire. While holding team tokens fans can use them essentially as membership passes to take part in games and contests, vote on certain real-world team decisions, and much more. Globally, the most promoted team tokens within the Chiliz system have been those associated with major soccer clubs like Paris Saint-Germain, but many others (including esports tokens) are available. And as this fan token concept has gained steam, Chiliz has become a viable cryptocurrency to watch. Its high value to date was $0.89, and it can currently be had for $0.13.

Designed by a pair of Hong Kongers with years of experience in the crypto sector, the main point of the LINA token is to form collateral for Liquids –– which are essentially instant synthetic assets. The network uses an approach that integrates access with a number of other blockchains and their assets, as well as more traditional market assets like commodities. The idea is to act as a decentralized layer for liquid assets in tandem with a suite of software tools, which investors who use algorithmic software will find particularly useful. As with any emerging cryptos, time will tell if this function catches on. But if it does, the current LINA price of $0.0099 may one day look quite low.

Whether you invest in these cryptos or not is, of course, a personal decision and one that should be informed by extensive research and strategy. But these are some of the alternative cryptos out there that appear to show promise based on their functions and the industries they’re attached to.