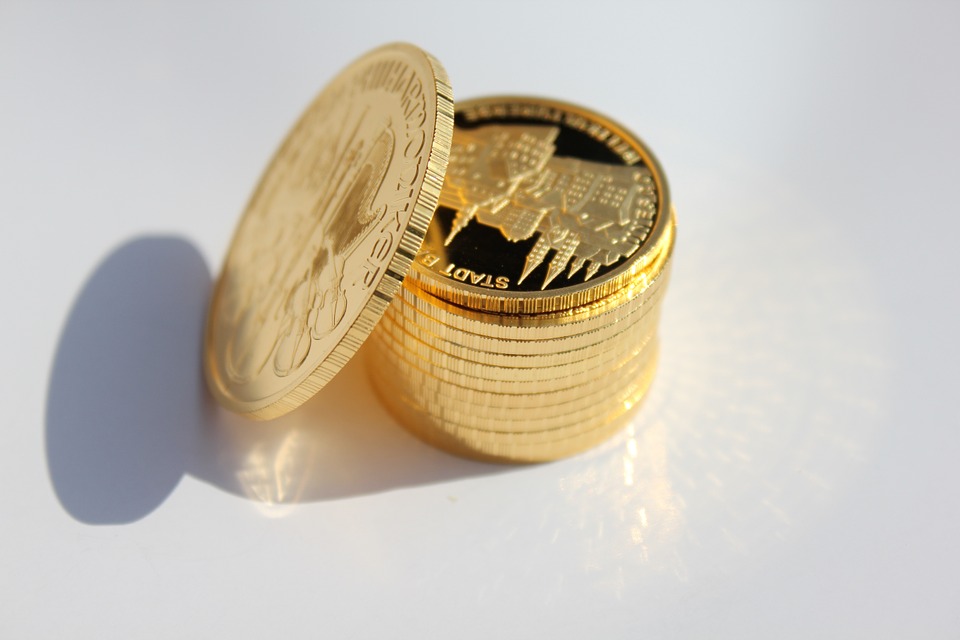 Gold stormed to a record high on Monday as investors sought refuge from the possible hit to a pandemic-stricken global economy from an escalation in the U.S.-China spat, which pummelled the dollar.

“The dollar is losing its safe-haven appeal and you’re going to continue to see gold surge as the dollar sinks,” said Edward Moya, senior market analyst at broker OANDA.

“Everything is clicking for gold. There are high prospects the Federal Reserve is going to ramp up their efforts to repair the economy and the virus uncertainty is going to mean that the stimulus trade is going to remain.”

The dollar index hit a two-year low on the U.S.-China tensions and concerns about the U.S. economy as COVID-19 infections show no signs of slowing in the world’s largest economy.

Gold has risen 28% so far this year, marking a shift from before the pandemic, when the bullion had to compete with other safe havens such as the dollar, especially amid Sino-U.S. tensions, which had limited inflows into gold.

China on Monday took over the premises of the U.S. consulate in the southwestern city of Chengdu in retaliation for Beijing’s ouster last week from its consulate in Houston, Texas. 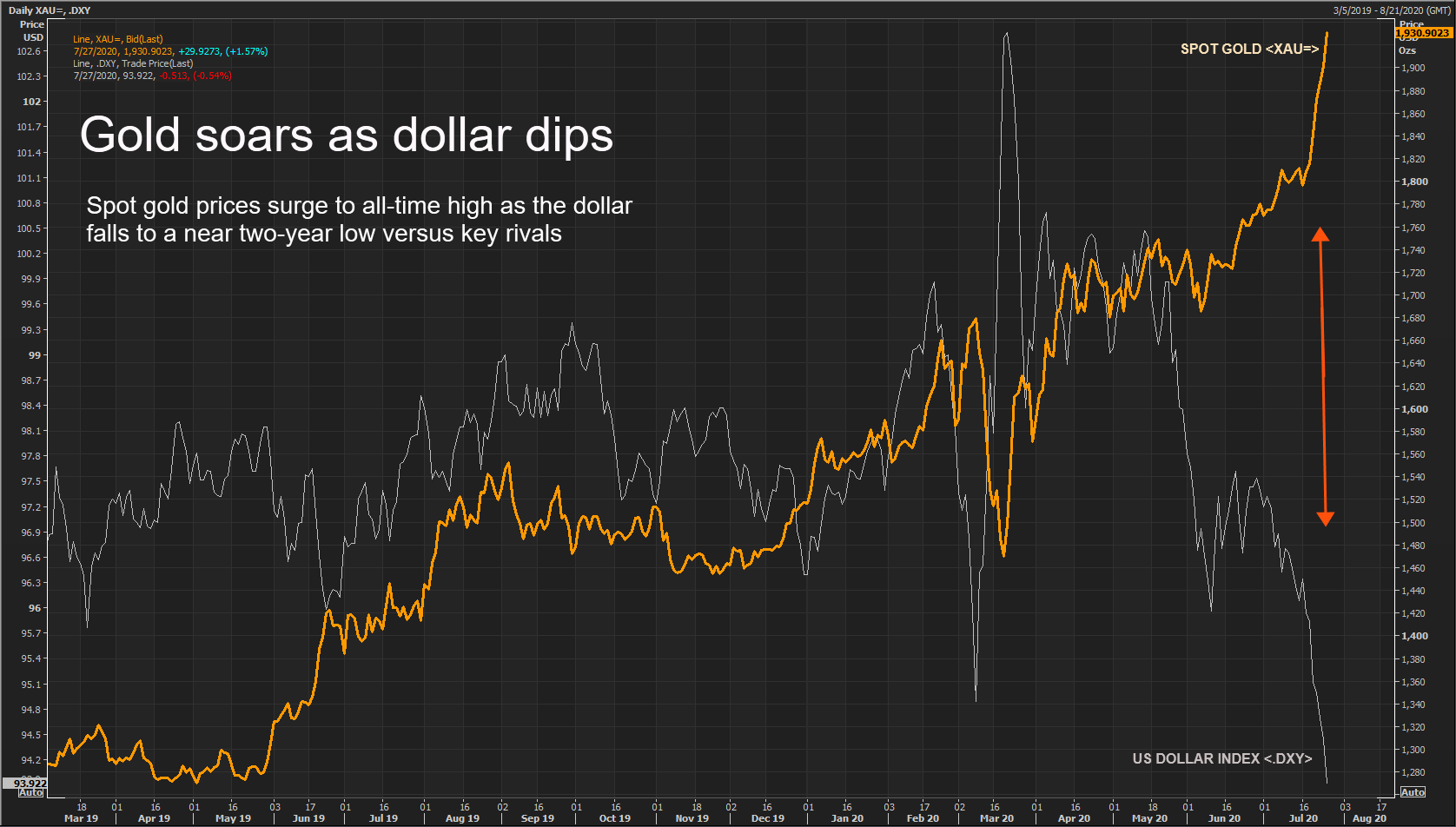 U.S. Senate Republicans are expected to unveil a $1 trillion coronavirus aid package. Investors will also eye the U.S. Fed’s meeting starting Tuesday, where it could flag another accommodative policy shift.

Non-yielding gold is considered a hedge against inflation and currency debasement, with analysts also pointing to massive inflows into gold-backed exchange traded funds as a driver behind its rally.

“The tidal wave of optimism from such a positive development could send market players sprinting towards riskier assets at the expense of safe-havens.”