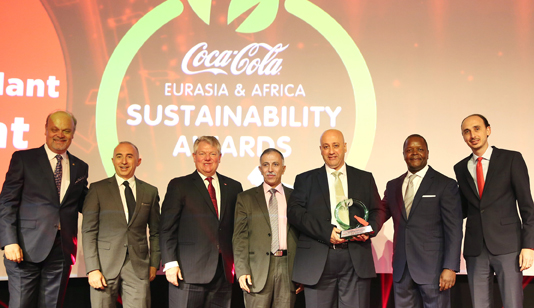 National Beverage Company wins further awards whilst remaining true to its core principles of supporting Palestinian society and the environment.

And it has been by controlling its own environmental impact that NBC has been awarded their latest accolade. For only the second time in their history, NBC has won Coca-Cola’s “Best Environmental Performance Award” for the Eurasia and Africa Region during 2015. General Manager of NBC, Mr Imad Al-Hindi, received the award in front of senior executives and employees of Coca-Cola International from Europe, Asia and Africa at a recent ceremony in Istanbul, Turkey.

Being kind to the environment is of growing concern for businesses globally, but especially so in the Middle East. In a region that is facing tremendous pressures upon its natural resources, with droughts and flash floods becoming a very real threat as the years go by, every drop of water that can be saved by industry should be put to good use.

Every year, NBC’s management team strives to overcome the ongoing challenges – such as preserving the area’s natural resources and reducing power usage – by adopting production strategies that ensure the sustainability of both product quality and the environment.

Mr Zahi Khouri, Chairman of NBC, expressed great pride in the achievement and dedicated the award to NBC’s family. He said: “This achievement is down to our loyal workforce – our administrative and technical teams who have worked so hard, often during challenging times. Their continuing commitment to the company, and the Palestinian consumers who love their “drink of choice”, fills me with pride. We are proud to be able to maintain the exceptional quality of NBC’s products produced at our factories in Ramallah, Tulkarem, Jericho and Gaza.”

Offering both support and opportunities

NBC don’t just concentrate upon their own business activities – they also think about those in need of support. With their comprehensive list of schemes and projects to help communities across Palestine, their outreach programmes are having a real effect on the lives of Palestinians of all ages. 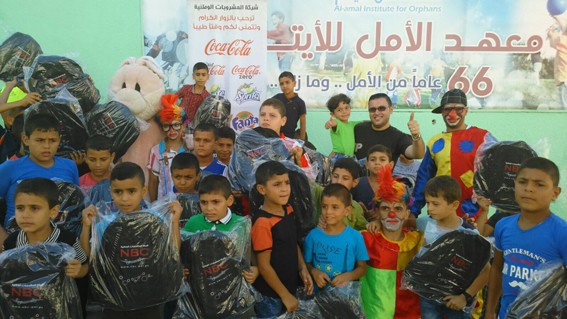 We asked Mr Al-Hindi which projects have benefitted from NBC’s involvement this year.

“NBC have been supporting Smile of Hope for the Care of Cancer Patients in Gaza, and we’ve helped by donating hundreds of schoolbags as part of their “Smile of Hope” campaign to local students, hospital patients, orphans and charities.

“As the local affiliates of Coca-Cola, we are also delighted to support the Coca-Cola Foundation’s “Ripples of Happiness” programme. Birzeit University students emerged as winners of the eighth cycle of the competition which saw 300+ students from 20 universities across the Middle East battle it out for their chance to win grants totalling $22,000 to help grow their respective businesses.

“The winners, who received $10,000, impressed judges with their “Melody of Happiness” project, which will see them set up a centre to teach music to children. We were also delighted to see that Palestine Polytechnic University (Hebron) students won third place with their “Autism Silent Energy” project. They will use their $5,000 prize to raise awareness of autism in Palestine. Both projects show how important it is that young entrepreneurs are aware of community-wide issues, whilst maintaining a social conscience. This is precisely why NBC supports such inspirational projects.” 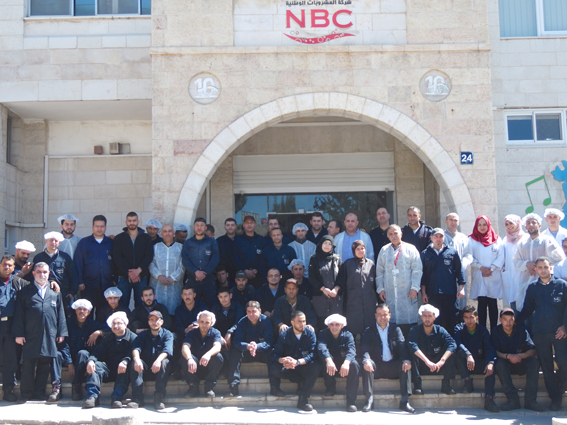 More than 100 talented, football-loving teenagers from 27 countries gained valuable skills on and off the pitch during the Copa Coca-Cola International Camp. The six-day camp was the culmination of the global tournament, which sees more than 1.3 million teenagers compete across more than 60 countries, and represents the world’s largest brand-supported grassroots initiative.

Celebrations once again for NBC‘s bottling plant in Ramallah 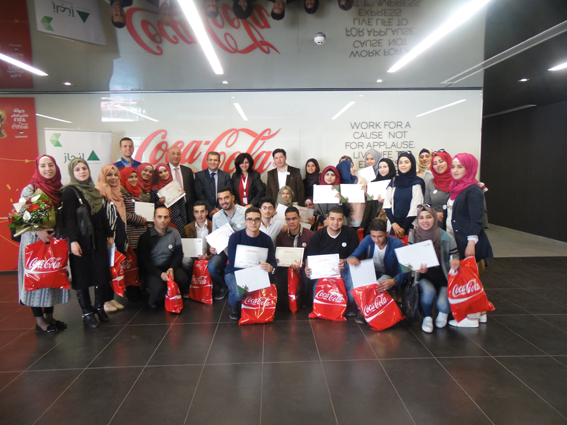 NBC’s Coca-Cola/Cappy factory in Ramallah has triumphed for the third year running and retains its prestigious “Golden Award” for 2015. The Golden Award is given to the factory in the Middle East and Gulf region that best adheres to Coca-Cola’s international quality specifications, as well as for commitment to international standards and specifications in the beverage industry. This award takes environmental impact into consideration, looking at power and water usage. This year, the plant achieved the highest marks in product quality, and power and water saving systems, a fact of which Mr Al-Hindi is exceptionally proud. 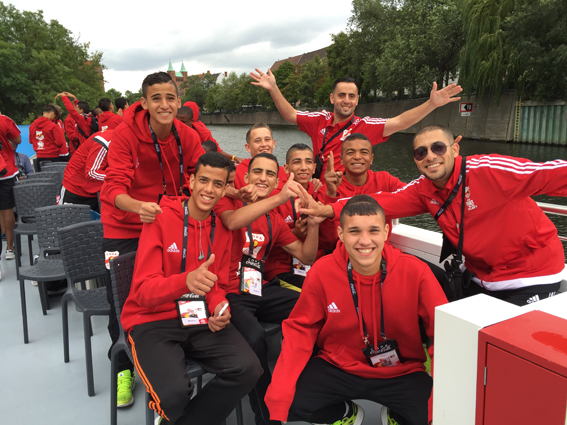 The award’s evaluation criteria are divided into two areas (each covering 50% of total available marks) – the first looks at product quality, packing quality, compatibility with Coca-Cola’s quality standards, as well as the international standards (ISO) related to product quality and safety. The second looks at application of environmental protection systems, preservation of environmental resources, and adoption of power and water saving processes.

Mr Al-Hindi has spoken recently about how important it is for NBC to promote environmental conservation. He said; “As a business, we maintain active partnerships with civil society institutions, ministries, municipalities and local agencies in the governorates in which we work to encourage the protection of our environment. Projects include recycling waste, installing solar energy panels at our HQ, reducing water and carbon emissions from our processing plants, and helping civil society organisations to raise awareness of key environmental issues across Palestine. Our land is precious; it is this generation’s responsibility as caretakers for future generations to ensure that it remains as ecologically sound as possible.”