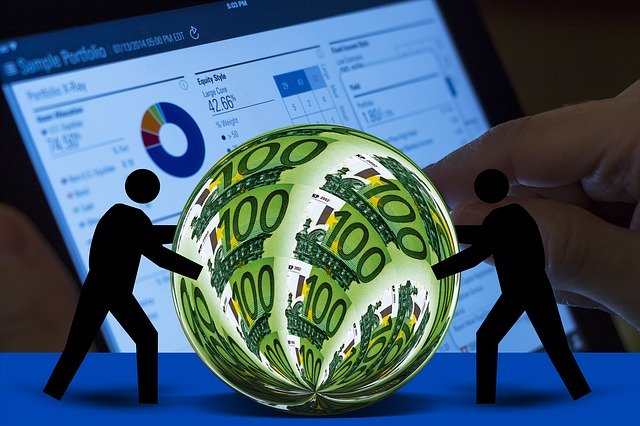 MENA Mergers and Acquisition transactions totalled US$14.8 billion in Q1 2020

Refinitiv today released the 2020 first quarter investment banking analysis for the Middle East. According to the report, investment banking fees in the Middle East and North Africa reached an estimated US$188.8 million during the first quarter of 2020, up 11% from last year’s slow start, with triple-digit gains recorded across mergers and acquisitions (M&A) advisory and equity underwriting fees.

Advisory fees earned from completed M&A transactions generated US$58.4 million, up 266% year-on-year and the highest first quarter total since 2017.  Equity capital markets underwriting fees more than tripled to reach US$15.9 million, while bond underwriting fees declined 47% to a four-year low of US$45.4 million.  Syndicated lending fees increased 9% to US$69.1 million.

The value of announced M&A transactions with any MENA involvement reached US$14.8 billion during the first three months of 2020, 85% less than the value recorded during the same period in 2019 which reached a record high with Saudi Aramco’s agreement to buy a 70% stake in Saudi Basic Industries Corp from the kingdom’s wealth fund for $69.1 billion.

The number of deals has increased 4% over the same period.  Monthly M&A has increased in value for the third consecutive month, with March 2020’s US$6.1 billion marking the highest monthly total in 11 months.  At the beginning of March, Austrian oil company OMV announced that it would increase its stake in plastics maker Borealis in a deal worth $4.7 billion, the largest deal of the quarter.

Although the second highest first quarter total in the last decade, domestic M&A registered a 92% decline from last year to US$6.9 billion, again due to the Aramco / Sabic deal.  Inbound M&A, involving an acquiror from outside of the region, declined 88% to a four-year low of US$1.8 billion, while outbound M&A declined 53% to US$1.4 billion.

MENA equity and equity-related issuance totaled US$782.9 million during the first quarter of 2020, more than four-times the value recorded during the same period last year, despite a 50% decline in the number of deals.  One initial public offering was recorded during the first quarter.  Saudi Arabian private healthcare operator, Dr. Sulaiman Al Habib Medical Group, raised US$699.7 million on the Saudi Stock Exchange at the beginning of March.

As to debt markets, MENA debt issuance totalled US$19.5 billion during the first quarter of 2020, down 40% from the value recorded during the same period in 2019, and a four-year low.  After a strong start, with over US$9 billion raised in both January and February, March issuance slowed to just US$571.9 million, marking the lowest monthly total since August 2019.

Saudi Arabia and Qatar were the most active issuer nations with US$9.9 billion and US$5.0 billion in bond proceeds, respectively.  Saudi Arabia’s US$4.9 billion bond sale in January was both the largest MENA bond sale and the only government bond sale in the region during the first quarter of 2020. Standard Chartered took the top spot in the MENA bond underwriter ranking during Q1 2020 with US$5.6 billion of related proceeds, or a 29% market share. 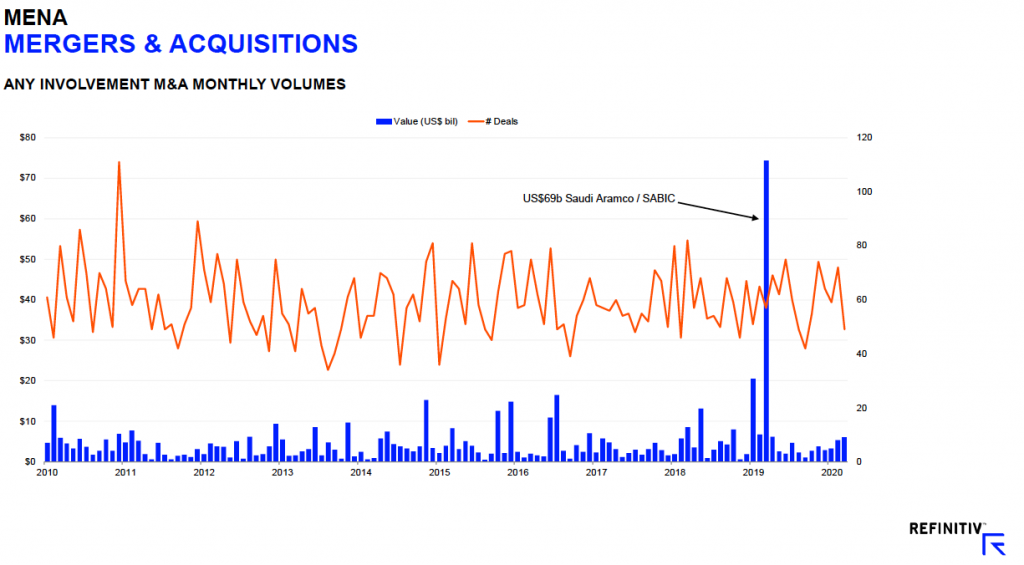