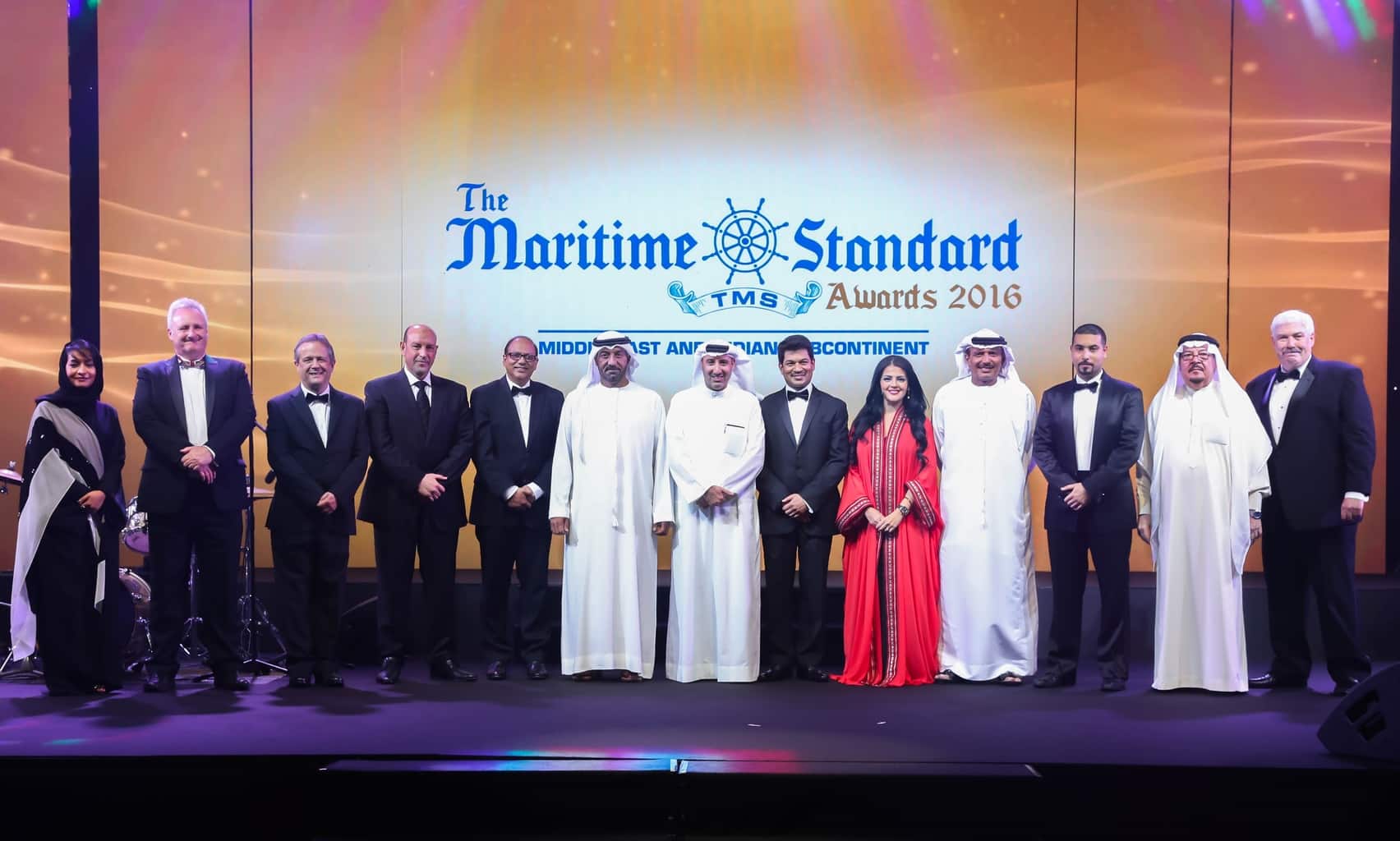 The Maritime Standard launches its call for nominations for its 2017 Awards on 15th May.

The Maritime Standard Awards 2017, which take place at Atlantis, The Palm, Dubai on Monday October 23rd, will be a glittering, high quality event with key decision makers from across the Middle East and the Indian Subcontinent in attendance. It is an occasion organised by The Maritime Standard to recognise industry achievements and celebrate success.

There will be around 30 different awards presented on the night, the majority of which will be selected by an eminent panel of independent judges. A full list of categories, and how to enter, can be found on the website http://www.tmsawards.com/award-categories/.

Nominations are invited from across the region, including both the Middle East and the Indian Subcontinent, and based on the experience of past years, winners will be spread across many different countries. Last year the number of nominations received exceeded expectations, and a similar level of interest is expected for 2017 also.

All the judges are experts in their fields with many years of experience in shipping, ports, shipbuilding and repair and other areas of the maritime industry. These judges independently assess the nominations and submit marks based on predetermined criteria to ensure a transparent and fair process.

Managing director Trevor Pereira says, “We have been fortunate to have gained acceptance from some of the best known names in the business to be on the judging panel. The industry will, I am sure trust in their judgment in determining worthy winners in all categories.”

The deadline for submitting nominations is 10th August 2017. “Putting a high quality nomination together gives entrants a better chance. The sooner you start the nomination process the better,” says Managing Director, Trevor Pereira.

As a networking opportunity TMS Awards are also second to none, with over 600 top level executives from across the industry gathered under one roof representing all elements of the maritime sector. It is perfect opportunity to make connections and raise industry profile.

The Awards will be followed on Tuesday October 24th by the second annual The Maritime Standard Tanker Conference. This will be held at the Grosvenor House Hotel in Dubai. All the leading players in the regional tanker sector, and support industries, will be in attendance.

Trevor Pereira adds, “In just 4 years the Awards have become the premier event in the local shipping industry calendar. They have progressed in leaps and bounds and they are now the single largest gathering of maritime executives in the Middle East. This year we hope will be the biggest and best TMS Awards yet and we look forward to welcoming guests from across the industry, and across the world, to Dubai this October for an evening that will not be forgotten.”