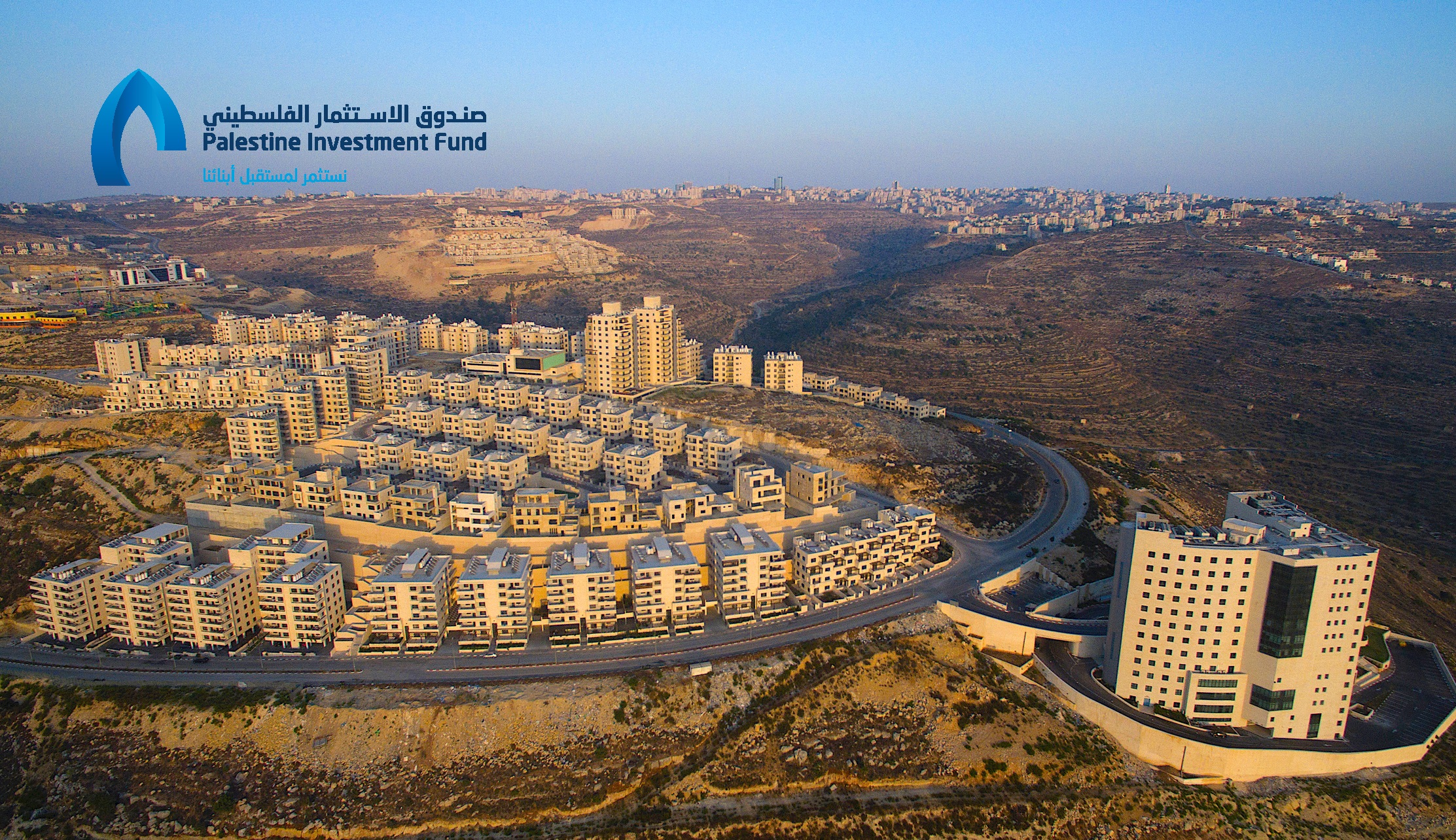 PIF: another milestone towards economic independence

Palestine Investment Fund (PIF) provides strategic leadership and financial support for crucial developments
PIF›s goal has always been to achieve a strong, self-reliant economy and this remains the main motivation and basis behind its strategies and plans.

Described by Palestinian President, Mahmoud Abbas, in its forthcoming annual report as «embodying the highest levels of integrity, transparency and good governance», PIF has emerged as one of Palestine›s leading national institutions, bringing pride to Palestinians and its supporters across the globe.

PIF recently celebrated its various achievements by giving investors a glimpse of how bright the future could be. During the year, projects were launched to the value of $1.3 billion. Significant moments have included the laying of the cornerstone for the Palestine Cement Factory, the inauguration of Jenin’s power plant, the ongoing creation of youth employment programmes – including the newly launched Ibda programme – and continuing support for health, agriculture, small and medium enterprises, real estate and renewable energy projects across the country.

According to Dr. Mohammad Mustafa, Chairman of the Board at PIF, the last year has given his fellow board members and investors reason to be thankful: “In line with our announced strategies, PIF has succeeded in multiple sectors during this past financial year. These strategies include investing in our economic infrastructure, achieving the highest possible degree of energy security, and investing in productive sectors that can create jobs, increase growth rates and decrease dependency on the Israeli economy. Agriculture, manufacturing, as well as the development of Jerusalem’s economy remain among our top priorities.”

Realising energy security
PIF has crowned its achievement in the past year by laying the cornerstone of the first power generation plant in Jenin governorate. The plant will serve nearly 40% of the electricity needs of Palestine, with a total investment of around $600 million. Dr. Mustafa commented: “The project is being developed by the Palestine Power Generation Company, with contributions by leading Palestinian investors. The plant will operate on natural Palestinian gas that we hope to extract by using our available national natural resources.”

Integrating the use of both traditional and alternative energy sources, PIF has also started the “Noor Palestine” solar energy investment programme. Its aim is to establish small solar power generation plants with a total production capacity of 35 megawatts in the first phase at an investment of around $50 million. To achieve this, PIF has signed memoranda of understanding (MoUs) with several municipalities to construct solar power generation plants. In addition, similar MoUs were signed with the operators of 25 artesian wells in Tubas governorate for the same purposes.

Palestine’s first cement factory
Sanad Construction Company, one of PIF’s subsidiary companies, laid the cornerstone for the Palestine Cement Factory in Bethlehem. Once built, the factory will contribute to advancing state sovereignty and economic independence. With the creation of a national cement industry, the local market will have access to high quality cement, and 1,500 direct and indirect jobs.

Dr. Mustafa said that Sanad Construction Company completed its Initial Public Offering (IPO) of six million shares at the end of 2016. The IPO offered 10% of the company’s overall shares for sale, with a total value of $14.1 million. The IPO was extremely successful, attracting both small and large investors, and arose from PIF’s belief in partnering with the public. It is also a perfect example of how the communal approach to economic development works.

Boosting healthcare
In the healthcare sector, PIF has increased its investment in the Arab Specialized Complex Company (mother company of Specialized Arab Hospital in Nablus city and Istishari Hospital) to around 20% during 2016.
Tourism sector: promising opportunities
Based on the Board of Director’s firm belief in PIF’s role in developing and nurturing promising economic sectors through direct investment, PIF took a decision to form a new specialist investment portfolio in the hospitality and tourism sector, carrying the ancient Canaanite name of Jerusalem, Yabous. PIF has increased its investment in the Arab Hotels Company, owner of the Ramallah Movenpick Hotel, to reach 54%, adding it to PIF’s other investments in this sector such as Grand Park Hotels in Ramallah and Bethlehem, the Jacir Palace, Bethlehem’s Convention Palace, and Ibis Hotel in Jerusalem, among others.

Palestine for Development Foundation provides sustainable social investment
PIF’s corporate social responsibility is clear to see. Palestine for Development Foundation aims at developing the skills and capacities of individuals by making it easier to access the labour market, and to act as positive agents within their communities. Those goals will be achieved through various programmes fostering the culture of entrepreneurship, and drawing upon a knowledge-based economy that leads to developing a national economy based on innovation.

The “Ibda” [Start] programme for youth employment combines PIF’s expertise in finance and provides support for entrepreneurial projects that includes training. The programme provides access to finance for youth start-ups and the expansion of existing businesses, offering loans at attractive rates. This will hopefully lead to job creation and encourage entrepreneurship.

A $30 million loan by the Arab Fund for Economic and Social Development helped Ibda get off the ground, which in turn has been supported by an agreement with the International Labour Organization and the Palestinian Ministry of Education to provide the required training and capacity building schemes for young people. This will open up the horizons and increase the potential of the young people supported by the programme.

Palestine for Development Foundation continues to work on the Economic Empowerment Programme for Palestinian Refugees in Lebanon. This programme has been expanded to include new partners such as the Arab Fund for Social and Economic Development, and the Silatech organisation. Around 2,100 projects across various sectors have been financed so far, with a total value of nearly $3.67 million. PIF is committed to supporting fellow Palestinians in the region who were affected by the Nakba and who are unable to return to their rightful homes; PIF is therefore delighted that this economic empowerment programme in Lebanon has directly benefitted around 12,000 Palestinian refugees.

The future is promising
As for PIF’s financial achievements, it is noteworthy that during the past 13 years it has changed from significant investment in overseas projects, to investing in Palestinians and projects based Palestine.