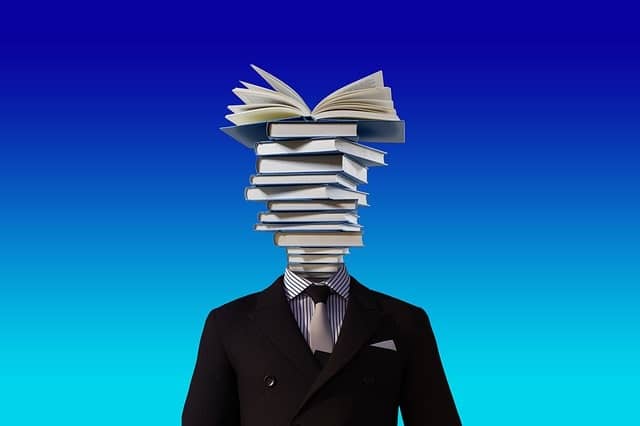 Back in the 18th century, Fredrick the Great, King of Prussia (what is known today as Germany) passed a circular order to his people to start planting and eating potatoes as an alternative resource to bread that was getting expensive and in short supply at that time. People in Prussia were ignorant and did not accept to consume potato as they were arguing that it looked cheap, dirty and had no taste or flavor. They may have believed that the royals were dumping this vegetable on them so that they could have more bread for themselves.

The King decided to plant potatoes in his royal farm and asked his guards to protect them while they were told to overlook civilians who were trying to steal potatoes from the royal garden. He assumed that whatever was worth guarding was worth stealing. And what happened, when people learned that potatoes were only eaten by the royal family, they started stealing it from the king’s gardens and unconsciously changed their initial mindset and started planting potatoes secretly in their fields.

King Fredric rebranded the idea of potatoes in people’s minds by shifting the context of potatoes being common vegetables targeted to the lower income civilians towards being a luxurious food that only the royal family eat and enjoy.

In behavioral science, this is called the Framing Effect, it is simply refers to the fact that information can be more or less effective according to the context in which they are presented.

So it’s no surprise that we’re tied to our habits and mindsets, in fact, studies revealed that 95 per cent of our brain activity is handled by our unconscious brain with 45% of our daily activities being on autopilot, when we’re just 5 per cent at a given time in our rational state providing full attention and doing complex thinking.

These studies of habit provide us with a solid structure of how our minds are set-up and how we can proactively rebrand and disrupt our beliefs and sub-conscious behaviors.

In reality, we have hundreds of cognitive biases that manipulate our behavior all the time yet most of people are not willing to admit that they are biased. This is a critical concept where can easily be explained in psychology with people who are Egocentric, Narcissist or even who have a high level of Cognitive Dissonance.

Let’s think about it for a moment. How many times have we judged a group of people on the basis of what’s available to us and not what’s accurate (Availability Heuristic Bias)? And in how many incidences have we tried to prove ourselves right by looking for resources that prove our beliefs and ignore what they contradict (Confirmation Bias)?

Dose it ring any bell?

Behavioral scientists have found that most of the times we don’t think before behaving as most of us assume we do, in fact, we often provide excuses to our actions after doing them. The thing we have yet to realize is that we habitually do these things without being conscious about them.

In reality, we face these circumstances in our everyday lives and, with repetition, they turn to habits that we will end up having no control on them unless we make extra effort to trigger our conscious brain, challenge the status quo and try to shift away from our default state.

So how habits are shaped?

Our habits are shaped by storing our repeated behaviors into our long-term memory where we sub-consciously activate using our System 1 brain. This system is based on instinct and repetition and does not depend on logic to execute unlike System 2 which is based on our attention and complex reasoning.

System 1 connects the dots in our memory and attempts to assemble a relative pattern that may or may not make sense based on the amount of information and experience we have collected and processed so far. That’s why when children start walking, they may unconsciously walk on the street or fall off the balcony because they have no prior experience to allow their brain activate with proper responses.

That is why the development of System 1 is vital to our survival. However, we need to think and use our attentions and senses to acquire new knowledge and skills, but once we have processed that information in our mind and turn it into a habit, we’re on autopilot.

It is quite interesting to understand how our brain functions and how we are exposed to so many biases that we don’t have direct control over them. Psychologists and neuroscientists, however, have discovered key drivers of our actions and have established various models of how and when we could disrupt our behaviors and change our mindset if the right context was founded.

When we believe in a set of emotional feelings, standards, rules and regulations that we have gained over the spans of our lives on the basis of our accumulated experiences, cultural and environmental variables, we have produced different sets of perceptions and emotional responses that will be triggered in some certain contexts. Those responses are the result of our mindsets that we have developed along the time.

Mindsets can be formed at the individual level as well as at the level of organization or society, with the latter being a contributor or a consequence of social norms. We can experience that when we associate money with happiness due to our perception of this fungible asset as a primary utility in our lives, raising our children with physical punishments and fears as we might believe that it’s the best way of raising a child, or even adapting the norm and falling under the Status-Quo bias as we might be afraid of the unknown and its associated risks.

Although our mindsets are not necessarily good or bad, the ability to disrupt it gives us an opportunity to challenge our actions and find more choices instead of going blindly with a single response stored in our minds.

Though the mindset and habits are not actually the same, they have several common characteristics that can lead one to another. A mindset can be a result of habit/s, while habit/s can contribute to the generation of certain mindsets. For example, if we drink coffee repeatedly every day, it can turn into a habit, but at the same time, it can create stereotypes such as “we can’t survive without coffee”, or “it’s essential for our brains and diets”, etc.

Negative mindsets can change societies and create undesirable social norms. When we look at history, we can see how kingdoms used to assume that war and violent were the only ways to survive, or how we repeat ourselves in social or cultural disruptions by denying, misunderstanding, or reinforcing our outdated beliefs, only to find ourselves adapting to what we were attacking few years later.

We are a biased living being, and we need to admit it, and by accepting that, we have taken the first step in rebranding our mindset. Yes, even though it seems difficult to practice, questioning our behaviors and decisions may open our eyes to new alternatives that we haven’t come across before.