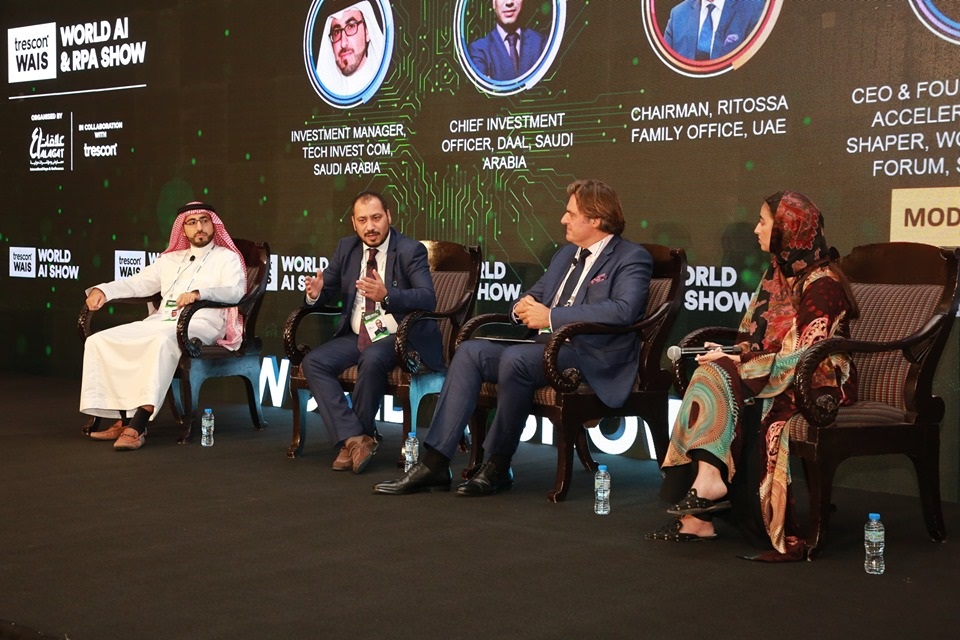 Saudi Arabia is taking its economy to the next level by channelling a major part of investments into emerging technologies through its PIF (Public Investment Fund). Majority of CEOs in Saudi Arabia are seeing the favourable impact that AI, Robotics and Intelligent & Cognitive Automation can bring to Saudi’s economy. As a part of its Vision 2030 plan, the country has earmarked billions of dollars in AI-based technologies, making it one of the main pillars of its economic development strategy. According to a global study conducted by PWC in 2017, AI could contribute to US$135 billion (12.4%) to Saudi Arabia’s GDP by the year 2030 that is the second-highest share in the region after the UAE.

In line with Saudi Arabia’s ambitious Vision 2030 reform program, the 10th global edition of the internationally acclaimed AI conference, World AI & RPA Show was held in Riyadh on Monday and Tuesday where regional and global AI experts convened to contribute to the global conversation on artificial intelligence. The conference was organized by Alagat in collaboration with Trescon and with the support of Arab Robotics & AI Association.

The theme for the two-day global conference was specifically designed to give momentum to the Vision 2030 roadmap which explicitly spells out Saudi Arabia’s attempt to diversify its economy by maximising its investment capabilities in innovation and technology. The opening day focused on discussions from Saudi’s top government authorities, and decision-makers from global enterprises on why digital transformation is critical to achieving Vision 2030 & how AI & Automation can play a vital role.

“We are hoping to generate more than twenty startups yearly. We are also helping SMEs with the adoption of AI and data analysis, and different sectors by launching multiple Hackathons and AI Bootcamps.”

He noted “The emergence of e–banking and growth in digital channels are increasing the problem of fraud and cybercrime creating more avenues for attacks. It’s only going to get worse, where it is easy to scale attacks. However, the growth of data and the capacity for analysis is an equal match to address this concern.”

“RPA is allowing you to have a platform to integrate AI technologies into your automation within your organization,” said Hilel Baroud.

He added that the future will be all about customer experience, customer interaction and automating whatever humans are not good at and that we will have collaborative interactions between humans and robots and AI brains cohesively working together to produce a better environment and services to customers.

Lewa Abukhait quoted, “Saudi Arabia is one of the few countries in the world where you can find potential for scale, given its mass-market and purchasing power within the community. The Saudi Arabian ecosystem provides the right platforms to identify real problems and the latest AI potential solutions at a scalable model.”

As the RPA market embraces an explosive growth globally, World AI & RPA Show saw an active participation from top implementers and solution providers such as Automation Anywhere and Master Works; UiPath and Xocialive, Appian and Darktrace that assessed RPA in their businesses, ground-level applications, use-cases and how the shift to automation technology is crucial to Saudi Arabia’s economy.