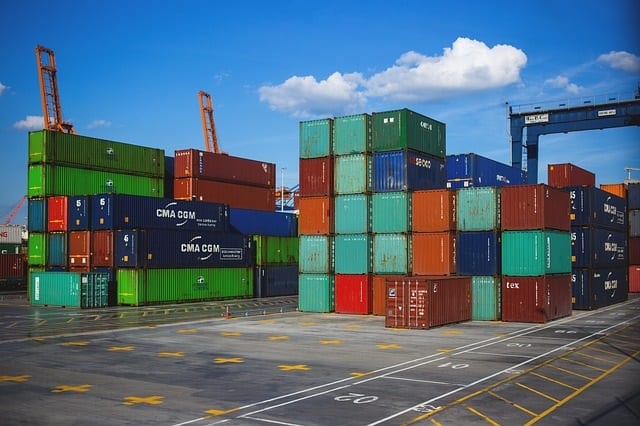 According to recent research by Mordor Intelligence; Freight and logistics industry in UAE was supposed to witness a CAGR of ~5.8% during the forecasted period of 2020-2025 due to the presence of developed logistics infrastructure and the strategic position of the country as a transshipment point. These promising figures were confronted by the unprecedented and unexpected situation resulted from the outspread of Coronavirus which changed the formula allowing new insights to take place. The main question now is how did shipping companies deal with this global emergency? And will their way of handling the crisis determine not only their future but the one of the entire industry?

Amidst the preparations for the Chinese New Year and the promising year of 2020, COVID 19 started hitting the world and reshaping its plans.

Freight and Shipping companies are always in the front line, and from the very beginning of the outbreak of the Coronavirus in China in November 2019, which is a huge market for e-commerce industry and a large portion of the international shipments come from there, they realized that unprecedented measures need to be taken to cope with this unprecedented situation.

More than 200 freight and shipping companies in the UAE found themselves amongst unanticipated situations where they had at the same time not only to meet their customer’s needs but also to anticipate them. So how did they solve this dilemma?

The answer falls under two magical words; flexibility and agility to change, to cope, to adopt new methods, and to anticipate and expect even amongst all this uncertainty that accompanied the global emergency.

Pplus is one of the regional shipping companies that was established in Kuwait in 2005 and adopted from the very beginning an innovative approach that focuses on the future.

According to Ahmed Jumayee the COO of Pplus” The adoption of this approach helped the company, that operates in UAE through an equipped operation team and a state-of-the-art fleet of vehicles, handle the situation in a better way maximizing the pros and minimizing the cons”.

Jumayee believes that it was necessary to handle the crisis on two parallel levels; dealing with the current situation and while keeping an eye on the daily and even hourly updates planning for the near future.

The COO of Pplus emphasized that it was very challenging for the team to deal with the situation as they needed to double and triple its efforts and worked 24\7 to maintain the same level of service without affecting the interests of the customers.

According to Juamyee Pplus office became a beehive where every single member of the team was assigned a specific task. “The leadership of Pplus always believes that acting fast is the ideal approach and especially during times of crisis”, The COO declared.

Ahmed Jumayee listed the actions the company took during this unprecedented time: “Quick yet vital steps were taken; a crisis committee was formed to take the critical decisions thorough out the crisis, the leaders were educated about the social and economic context of the situation for them to take well-studied decisions, responses and transparent communication with customers were developed taking into consideration the new procedures and policies set by the government and the airports, reorientation of the ecosystem was adopted, and most importantly the safety of the employees who were at the front line since then until now was considered as a high priority that won’t be gambled under any circumstance”.

Jumayee declared that the situation resulted from COVID 19 brought new concepts for remote work: “Our Customer Support team was provided with the latest systems needed to communicate and interact with customers while working from home where they were fully operating as if they were working from the office thanks to the developing systems that all of them were equipped with and trained on by the beginning of the crisis. Our connections and communication with airports and airlines made it easier for our team to keep our customers informed with the updates”.

According to Jumayee Pplus enhanced its current resources and benefitted from all team’s potential converting this crisis into an opportunity to grow and thrive. Shipping was one of the most growing industries during the crisis and although studies are now taking place to understand customers’ behaviors companies should now focus on capturing this moment of success and build on it.

It becomes obvious that the companies who had a well-planned strategy from the beginning and who were able to use the digital tools wisely are the ones who benefitted the most of the situation.

The extraordinary standards that the customers enjoyed during this crisis raised the bar and paved the way for a new era for shipping and logistics companies.