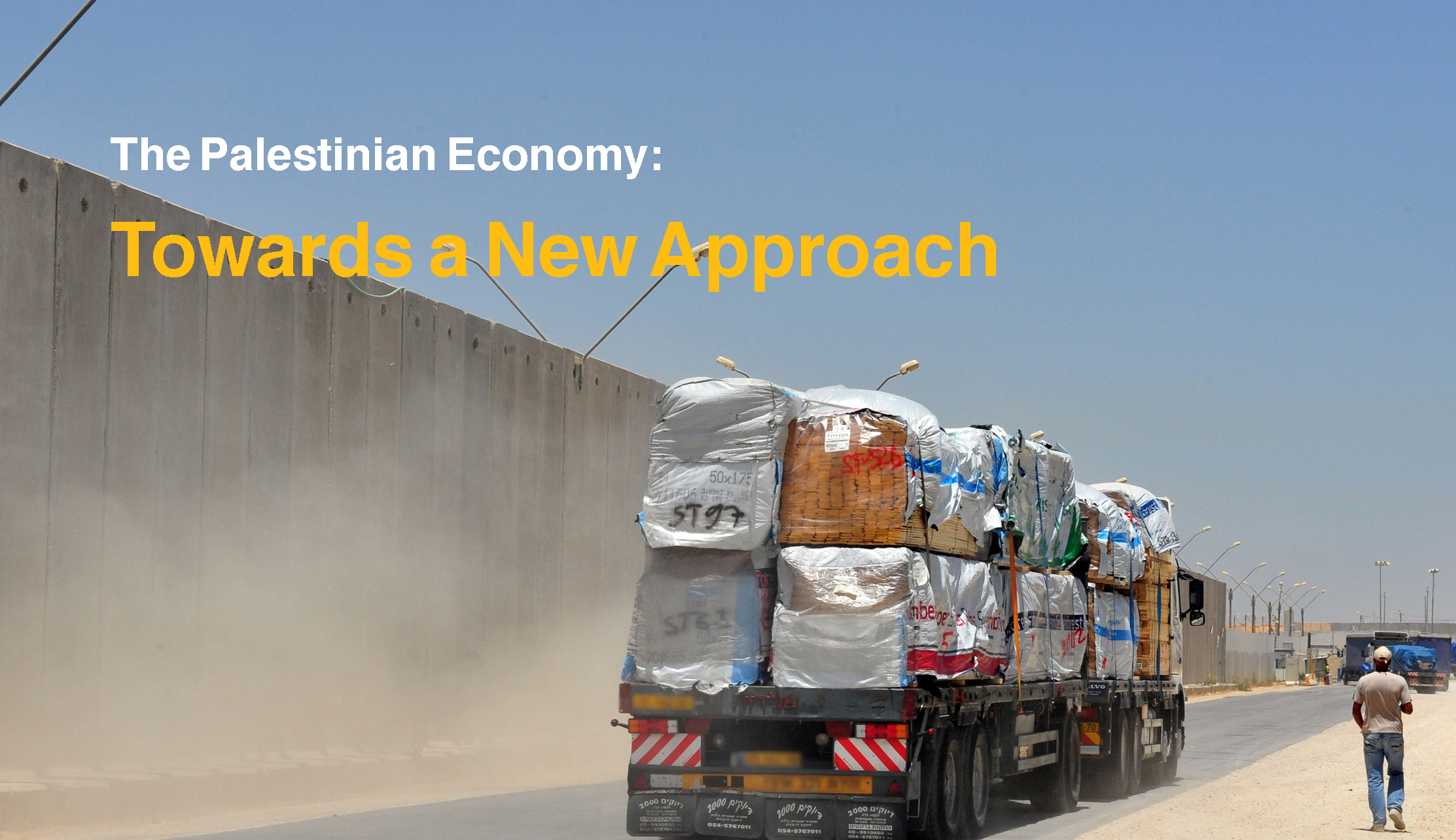 Towards a New Approach

Speech by His Excellency Dr. Mohammad Mustafa, Economic Affairs adviser to the President of the State of Palestine, at the Joint Economic Conference between the Palestinian Economic Policy Research Institute (MAS) and the Korean Institute for International Economic Policy (KIEP), 15 June 2015.

The imperatives of promoting economic transformation

I would like to start by highlighting the importance of promoting economic transformation and its central role in accelerating national independence.  After decades of political effort aimed at independence, and at the backdrop of an Israeli position of rejecting any fair solutions that reflect the skewed balance of power in its favour, the Palestinian leadership has recently started implementing a new strategy aimed at changing the balance of power and accelerating independence.

Under this new strategy, the national independence program has achieved several successes on several fronts over the last three years, including international diplomacy, international law, and popular resistance. It has also become clear that achievements are needed on the national economic development front.

Since its inception, the Israeli occupation sought to deepen the dependency of the Palestinian economy, in a manner that makes disengagement from it difficult, dangerous and costly. This has resulted in many structural distortions in the labour market, external trade, and public finance, which are reflected in all economic indicators. It is clear that ending the occupation is a prerequisite for sustainable economic development.

GDP growth has been steadily declining and reached approximately -0.5% points in 2014. The unemployment rate has increased in Palestine and reached 27% at the end of 2014 (with approximately 44% in the Gaza Strip). 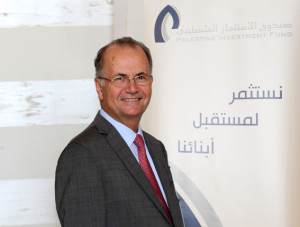 As for public finances, despite the decline in the budget’s current deficit in 2014 by about 4%, it remained high and exceeded $1327 million. This has been accompanied by a decrease in the levels of external support to cover the budget’s deficit, which amounted to about a billion dollars. The tax clearance revenues collected by Israel remained high, comprising about 75% of net revenues in 2014.

These worrying indicators cannot be separated from the Israeli occupation, and all of its arbitrary policies aimed at weakening the Palestinian economy and maintaining Israel’s hegemony. 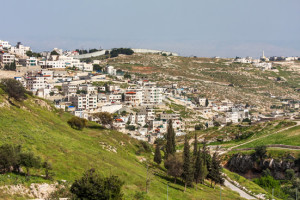 The question remains: what can be done in light of this bleak reality?

The Palestinian leadership has long realised the importance of ending economic dependency on Israel. There is a consensus at all levels (Central Committee of the PLO, the Government, and Civil Society) on the key role of the economy in changing the balance of power and building an independent state. Accordingly, the leadership has decided to review the existing economic relations with Israel, and this a review that is being conducted at all levels.

Today I will present an initial initiative that could serve as a key element of the strategy required to change economic relations with Israel.

This initiative aims to strengthen the independent capacity of the Palestinian economy through investing first in selected sectors of strategic importance. There is no doubt that the choice of strategic sectors to focus on is an important factor in the success of this strategy. These should be selected based on clear criteria. For example:

First, they should be of strategic nature, both in terms of importance to the Palestinian society and economy, and the ability to generate employment.

Second, there should be significant demand, and therefore significant spending on these sectors, either in absolute terms or as a percentage of GDP.

And third, these sectors should be able to provide local products to replace imports, especially from Israel, in such a manner that national production contributes to a significant decrease of dependency upon the Israeli economy.

It is also imperative that the output of these sectors, of either goods or services, be of good quality in order to reach beyond meeting local market demand towards exporting.

The starting point of this initiative is increasing investment in the energy and food industry sectors, which are the natural candidates that meet the above criteria.

Its strategic importance is clear at both the consumer and productive levels. Accordingly, the availability, quality and cost of energy directly impact the competitiveness of the agricultural, industrial and service products.

On the other hand, Palestine’s dependence on imported electricity and petroleum products from Israel is very high, costing over $2 billion a year in the current period. This constitutes a significant burden on the budget and weakens our national and energy security.

Recently, we have seen a marked increase of interest in this sector by the government and the private sector. There are important measures undertaken by the Government to improve the legislative and regulatory framework of the energy sector.

In addition, a promising investment portfolio in this sector is being established, with a leading role for the Palestinian Investment Fund in partnership with a group of leading Palestinian companies. This portfolio includes several major projects of a strategic nature which will contribute to the achievement of a range of economic benefits, in addition to contributing to the achievement of a higher degree of “energy security”. The most prominent of these projects are:

Its strategic importance lies in its contribution to achieving food security and self-sufficiency. The food industry is also a catalyst for the development of the agricultural sector, as its key outputs are the main inputs for the food industries. It is also interconnected with other important industries such as plastic and paper and packaging industries, logistics services, as well as storage and transportation, among others.

The food industry is one of the major manufacturing industries in Palestine, where the number of businesses operating in this industry is approximately 14% of total Palestinian businesses. It also meets a significant portion of consumer demand and provides job opportunities for approximately 15,000 people in various fields. The food industry is characterised by its ability to export, contributing more than 22% to total Palestinian exports, placing it as second only to the stone and marble industry.

Despite this, Palestine still imports a large proportion of its food products, especially from Israel, where Palestinian Central Bureau of Statistics’ data indicates that the value of imports of these products exceeded $555 million in 2013, compared with exports of about $88 million only.

In light of the significant demand in the local market and the possibility of increasing the volume of exports from this sector, there is a promising opportunity for the development of an investment portfolio in the food industry, and the other related industries mentioned previously.

Investment in the energy and food industry sectors can be a primary and important entry point to economic liberalisation from Israel. There is no doubt that an increase in the volume of capital investment in these sectors would have a qualitative and significant impact on the national economy, in addition to increasing self-reliance, and thus contributing to the liberation of the Palestinian economy from dependence on Israel.

There are also a number of promising sectors that can also contribute to achieving this goal, such as the pharmaceutical and construction industries, information technology, medical services, and others.

Thus far we have highlighted the need to increase capital investments in the development of sectors of strategic importance to the liberation from Israeli domination. However, the available data on the size of the capital and human investment is worrying.

The statistics available indicate that Palestinians have almost stopped investing in the future of their economy during the last 15 years. The volume of capital investment has declined from about 40% of GDP in 1999 to about 20% in 2013, with the majority of investments directed to the construction sector.

The volume of investment in machinery and equipment (needed to maintain the level of productivity) has declined from about 10% of GDP to about 5% during the same period. The overall capital investment, ranged an annual rate of $250 million over the last ten years, representing about 2% of the total GDP, compared with more than double that amount during the period 1994 – 1999.

If capital investment rates do not increase in high added value projects (such as those referred to earlier), the national economy would be in danger, jeopardising the national project as a whole.

That is why I hope that local banks and companies, and the diaspora, as well as multinational companies, play a key role in providing the necessary financing to bridge the gap.

Despite its importance, capital investment, irrespective of its size, would not be feasible unless accompanied by investment in human capital. It is no secret that the growth of productive economic sectors with high added value is not possible without the provision of the scientifically competent and qualified as well as highly skilled labour force. This is evident from the fact that prominent companies always stress their need for talent and not just employees.

It pains me to say that the published statistics on the education sector in Palestine conceal a deep crisis. We must face the fact that our education system has been in a state of decline, which reflects negatively on all aspects of life, including the economy, and that we are now suffering from “a skills gap” between academic knowledge acquired in the education system, and the necessary skills required for the labour market. The time has come to shake the education system and push it towards new horizons dealing with this problem.

The study of successful East Asian countries clearly shows that they have all massively invested in human capital. It is no secret that advanced economies, such as Korea, have built their economies in a manner that distinguishes them from other countries through the optimal use of the highly efficient human capital.

Our ability to improve our economy is closely interconnected with our ability to build a new generation of highly qualified and skilled personnel, who are able to harness technology and science in their work and in their lives.

This requires the development and implementation of a strategy to educate and acquire the skills, and the capabilities of a modern workforce through the development of education and scientific research system, building a system of creativity and innovation, and the creation of high-level training institutions.

I would like to conclude by saying that in order to support and accelerate independence, there is a pressing and urgent need to strengthen the strategic path of economic development, at the backdrop of weak achievements on this front over the past two decades.

This front, along with other strategic fronts aimed at changing the balance of power, must be characterised by innovative and effective approaches that achieve a turn around in economic indicators, toward economic independence and freedom from Israeli control.

I have tried to introduce a new approach based on an initial focus on investment in selected strategic sectors, particularly the energy and food industry. The success of this initial focus will make it possible to gradually implement it successfully across other sectors, resulting in the promotion of self-reliance in growing areas, and supporting the political process and enhancing the prospect of independence.

But this requires comprehensive investment programs to strengthen competitiveness regionally and globally, and at the same time it requires a focus on investment in human capital.

I pray, and I hope, that all parties, including educational and research institutions, the private sector, government, and local and international organisations, civil society, and donor countries, cooperate and make every effort to accelerate economic development as a basic and necessary step towards independence, security and stability.