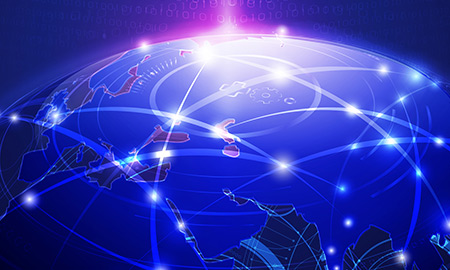 Over 100 government ministers, heads of states and 10,000 senior energy leaders will be attending the Congress under the theme of “Embracing New Frontiers”.

Turkey’s Energy Minister, H.E Taner Yildiz said: “By bringing together the world’s energy leaders, different cultures and people from around the world at the World Energy Congress in Turkey, we intend to set the global energy agenda.  The world’s energy pulse will beat from Turkey at the 2016 World Energy Congress and shine a light on global energy problems.”

The Turkish President will be opening the Congress with 70 sessions exploring energy issues that have an impact on economic growth and competitiveness, energy access, environment, political integration and regional dynamics.  It is the World Energy Council’s premier energy event that is held every three years and represents more than 3,000 member organisations including governments, industry, international organisations and non-profit groups.

Christoph Frei, Secretary General, World Energy Council, said “Energy frontiers are shifting in a dramatic way and many of the challenges are more daunting today than ever before. The climate challenges need a post COP21 way forward – energy access is more recognised than ever as a key development enabler. Extreme weather and cyber risks are putting the energy system at risk today and innovation has changed the energy sector in the last 10 years more than in the 40 years before that.

“The challenge the world faces is that half of the world’s GDP needs to be invested over the next two decades if we are to secure a sustainable energy future and Turkey is in a unique position to provide the right context for critical policy dialogue, sharing of best practices and technology innovation.”

The first 40 keynote speakers coming from 21 countries and including 7 Ministers are confirmed for the 23rd World Energy Congress include:

The names of more speakers who share a focus on addressing the major issues affecting the global energy sector today and in the future will be released on a regular basis.

About the World Energy Council

Founded in 1923, the World Energy Council is the only truly global and inclusive forum for thought-leadership and tangible engagement committed to our sustainable energy future. Our network of 93 national committees represents over 3000 member organisations including governments, industry and expert institutions. Our mission is to promote the sustainable supply and use of energy for the greatest benefit of all. The World Energy Congress is the world’s premier energy gathering.

About the World Energy Congress

The triennial World Energy Congress has gained recognition since the first event in 1923 as the premier global forum for leaders and thinkers to debate solutions to energy issues. In addition to the discussions, the event provides an opportunity for executives to display their technologies and explore business opportunities.