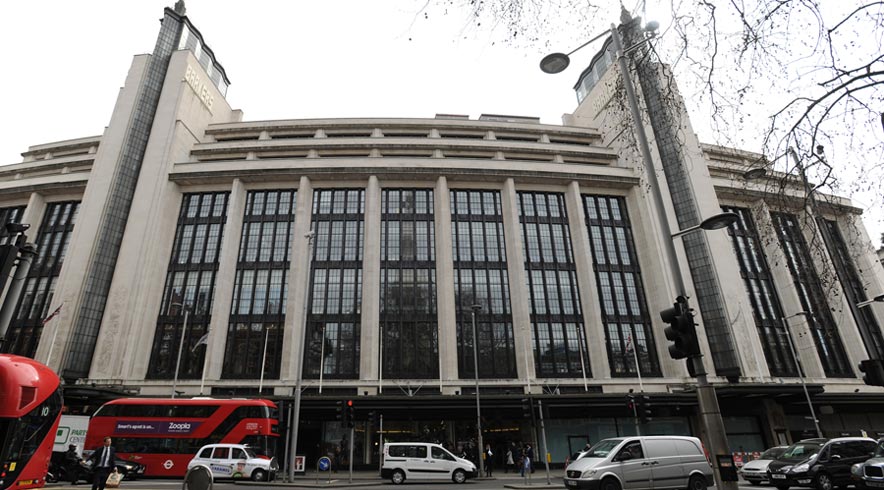 As the hospitality industry in the UAE continues to lead as a driver of employment ahead of 2020, the sector’s leading awards ceremony is recognising its most promising rising stars.

Four exceptional young people – between them helping shape the future of guest services, features and design for the thousands of world-class hotels and restaurants in the region – have been shortlisted for the ‘Rising Star Award’ at the 2017 Middle East Hospitality Awards (MEHA).

From pioneering innovative employee initiatives and launching new brands, to serving as role models to the Emirati community, and even assisting with marriage proposals, it’s all in a day’s work for this group of promising young men and women working for some of the world’s biggest names.

Three of the total of four distinct finalists represent the next generation of hoteliers: Cenk Unverdi, General Manager at Rixos the Palm Dubai; Elham Bolooki, Operations Manager – Future Leader Programme at Jumeirah Group; and Peter Adel, Front Desk Supervisor at Fairmont Dubai; whilst Yasmin Farahmandy, an Interior Designer at Gensler, is becoming known as one to watch for hotel and restaurant design.

“This year, the standard of entries at MEHA has been higher than ever before,” commented Gary Williams, Event Director of The Hotel Show Dubai, organisers of MEHA 2017.

“The young people shortlisted for the Rising Star Award are the talent responsible for driving this innovative and fast-paced industry forward in this region. Without them, the hotel and restaurant sector would become stagnant. As such, it is important to highlight their immense achievements that keep bringing tourists back to Dubai, and further cement this region on the global map for hospitality excellence.”

Cenk Unverdi, General Manager at Rixos the Palm Dubai, was promoted to the position of GM at the tender age of 31. Under his leadership, the resort recorded an impressive average occupancy rate of 90% throughout 2016, and launched the all-inclusive service concept the hotel and brand have since become known for in the UAE.

Speaking about the initiative, Unverdi said: “Being the first of its kind here meant that we had no familiar benchmark or standard from which to build on or learn from, but it was what our guests wanted, and that meant it was imperative for the business. We were very pleased by its enormous success, and it was an invaluable reminder of our importance and influence in the market – we like to take calculated risks and are not afraid to do what’s not been done before.”

Unverdi is known by his staff as being, first and foremost, extremely approachable. He launched the “Coffee with Cenk” initiative to allow any employee the opportunity to sit down with him in the Grand King Suite, enjoying 360 views panoramic views of Dubai, to discuss anything that they may choose.

Identified by the Jumeirah Group as an employee with high potential, 24-year-old Elham Bolooki is an Operations Manager at Jumeirah Al Naseem under the firms ‘National Future Leaders Programme’ – currently placed in the culinary department. The programme aims to train UAE nationals in a five-year-period to become Jumeirah’s Hotel Managers of the future.

During her time at the Burj Al Arab, Bolooki developed an impressive new training programme for the hotel’s housekeeping function designed to elevate staff’s personal confidence. An evaluation found that it had significantly increased job efficiency and satisfaction amongst this employee group. The programme is still being offered at Burj Al Arab today.

Bolooki studied at The Emirates Academy of Hospitality Management (EAHM) based in Dubai, recently identified by Education.com as one of the top ten hospitality management schools in the world.

Marianne Saulwick, Director of Industry Liaison and Professional Development at EAHM, commented: “An Emirati woman achieving in the male dominated world of hospitality, Elham is a wonderful example of the vision of His Highness Sheikh Mohammed bin Rashid Al Maktoum, Vice President and Prime Minister of the UAE and Ruler of Dubai, for the women of the UAE.”

Peter Adel, a 29-year-old Front Desk Supervisor at Fairmont Dubai, started his career as a food runner in an all-day dining restaurant at Fairmont Nile City in Cairo. After being promoted to a server, he was then chosen as one of just five employees from a pool of 800 candidates to transfer to Fairmont Dubai in 2012.

Adel has since become affectionately known as the “Fairmont Kid” due to his eight successful years with brand and unconditional loyalty. He is known for his tendency to go above and beyond the call of duty in all aspects of his role, including guest services. From assisting with successful and memorable marriage proposals to paying for a guest’s lost item out of his own pocket, Adel is cited as a major influence on guest loyalty.

Anuja Ghosh, Training and Development Manager at Fairmont Dubai, said: “When assessing the front office training needs as an LQA mystery shopper during a busy weekend at Fairmont Dubai, Peter touched my heart the moment I checked into the hotel with his genuine humbleness, when handing a coloring book to my four-year old daughter. Keep in mind – Fairmont Dubai is not a family hotel, but he went beyond his call of duty, to make my daughter happy. Peter is guest-oriented, extremely passionate about his colleague-development and highly driven by the results, as his record-breaking upselling numbers in Fairmont Dubai’s 15-year history proves.”

Adel was named “Upselling Champion of the Year” for the Fairmont Dubai in 2016, and has expressed desires to progress in his career to become a Director of Sales and Marketing.

Yasmin Farahmandy, an Interior Designer at Gensler, is a 26-year-old multi-award winning designer and artist, known for her exceptional pieces which have featured in some of Dubai’s biggest hotels.

Despite her young age, Farahmandy’s design experience has led her to build her own furniture line, which is set to launch in 2018.

Sejal Patel, a Lead Designer at Gensler, the global design practice where Farahmandy currently resides, commented: “Yasmin has been paramount to the successful opening and startup of Gensler Hospitality Interior Design operation in the Dubai office for the MEA region. With strong communication skills, leadership potential and extraordinary forward-thinking spirit, these qualities have led her to win numerous awards.”

A panel of ten industry experts including Michelin-starred Chef and Restaurateur Gary Rhodes OBE make up the MEHA 2017 judging panel. The winner of the Rising Star Award along with 16 other categories from ‘Head Chef of the Year’ to ‘Luxury Hotel of the Year’ will be announced at MEHA 2017 on the first night of The Hotel Show Dubai, 18th September 2017, at the Palazzo Versace Dubai.