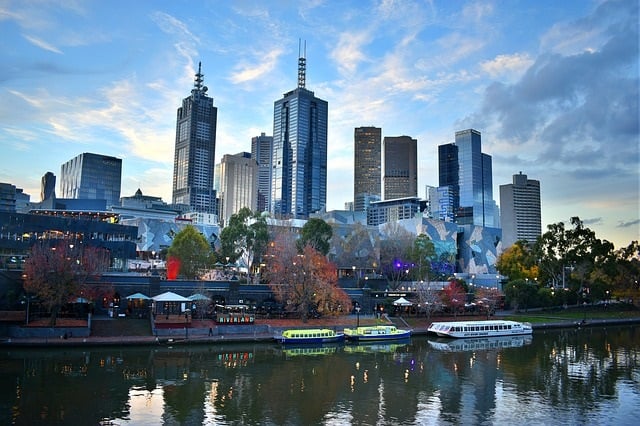 The intrinsic uncertainty surrounding the duration of beleaguered global oil and gas demand and low oil prices has led to varied responses from E&P companies to cope with the current economic climate. Analysis of the impact on the top Australian E&P companies reveals that domestically-focused operators are positioned at the lowest risk to the short-term impacts of COVID-19 and weakened oil prices due to shelter from external market dynamics and robust reserve lives, says GlobalData, a leading data and analytics company.

Joseph Wisdom, Oil & Gas Analyst at GlobalData, comments: “Cooper Energy, due to its domestic-market-focused portfolio, has less exposure to the current external market volatility compared to its peers. Gas prices in Australia have dropped in the first quarter as international gas prices reacted to the suppressed demand. However, with winter approaching and an easing of lockdown restrictions announced, prices could rise again as demand picks up. On the contrary, larger Australian E&P companies such as Woodside Petroleum and Santos Limited have a stronger dependence on exports – primarily LNG to the Asian market.

“Both companies have tried to mitigate the associated impact by deferring FIDs on major LNG projects in recent months; the US$11bn Scarborough project and US$4.7bn Barossa were both expected to take FID this year but have seen delays until at least 2021. The second wave of Australian LNG has been stalled and current conditions are negatively affecting those relying on the liquefied gas exports for primary revenue.”

First quarter 2020 reports from the Australian E&Ps show a consistent pattern of lower revenue from the previous quarter. However, production was varied across the group; Woodside Petroleum and Origin Energy saw increases year on year, but Santos Limited and Beach Energy saw a decrease. Companies may look to cut production as global storage issues continue; Oil Search has stated the possibility of cutting oil production from Papua New Guinea awaiting a price recovery.

In response to the COVID-19 climate, capex cuts have been announced by the majority of the group. The Australian LNG players have reacted with the largest capex cuts with Woodside Petroleum announcing the biggest so far, reducing their 2020 capex forecast by 60%. 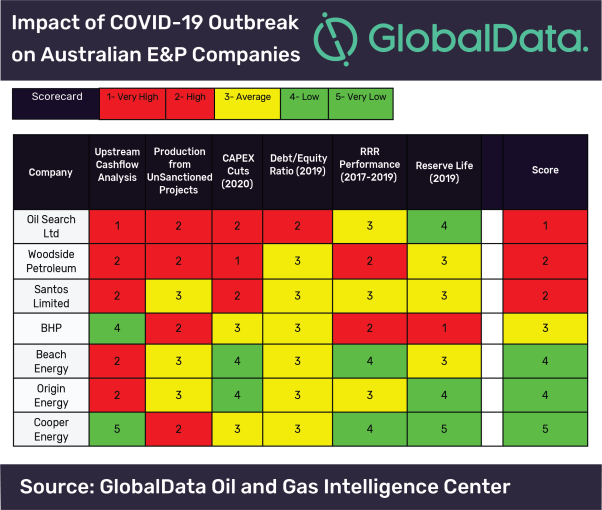 Wisdom concludes: “The Asian LNG glut has led prices to record lows and those companies relying on a stable LNG market are at elevated risk to COVID-19 impacts. Despite a significant fall in the domestic Australian gas prices, those operating domestically are sheltered from external market dynamics and could benefit from increased demand and easing of lockdowns coming into the winter months.

“Both Origin Energy and Santos reported in their Q1 statements that customers have been reducing their volumes via downward quantity tolerances in their contracts. Origin Energy is considering trimming spot volumes from its coal seam gas Australia Pacific LNG asset. However, Woodside utilizes primarily long-term contracts, making it difficult to cut LNG volumes. The speed at which global demand picks up, particularly in Asia, will have the most significant impact on Australian LNG-focused E&Ps in the medium/long term.”