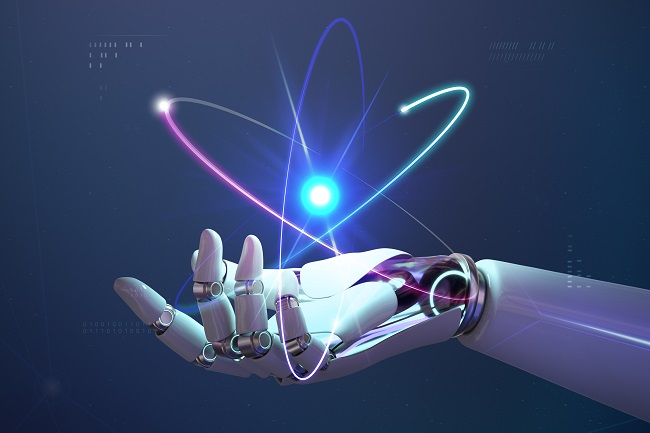 Over the past century, fears of mass joblessness from automation have come and gone in waves. More recently, a series of breakthrough advances in the field of machine learning, alongside new imagination-capturing services such as Amazon’s Alexa and Apple’s Siri, have triggered a fresh upswelling of concern. As businesses ratchet up their ambitions for automation in light of the pandemic, these concerns are likely to continue growing.

So far, at least, technological progress has not led to the end of work. But it has propelled numerous cycles of profound change in the role humans play in the economy. Over the past 150 years, technology has interacted with parallel structural forces, such as globalization, shifting consumer tastes, and demographic changes, to continuously redefine the mix of work.

Looking ahead, it would be a gross oversimplification to imagine that the next generation of jobs will all be software engineers and data scientists. Undoubtedly, digitization will continue to propel rapid demand for these occupations, causing firms to experience labor shortages in these areas for many years to come. And increasingly, most jobs will require a basic level of digital literacy. However, growth in expert technologist roles will represent only one part of the story. This is particularly true as we head toward a world of democratized automation based around low-code and self-service solutions.

Over the next decade, a complex interplay between automation and other forces will once again dictate the pattern of rising and falling occupations. An aging population will increase the need for healthcare workers. The continued shift of domestic work into the formal economy will boost the demand for hospitality and various personal services. And the pivot to e-commerce will decrease the need for sales workers while increasing the need for transportation workers. At the same time, the automation of routine tasks will accelerate the decline of sales jobs, while keeping job growth in transportation and hospitality at lower levels than we would have experienced otherwise. Concurrently, the automation of manufacturing and administrative jobs will hasten the decline set off by globalization in recent decades.

These patterns are emerging across advanced economies, with the same underlying forces at play. In emerging markets undergoing industrialization, the picture is slightly skewed by the continued movement of agricultural workers into other manual sectors, like manufacturing and construction.

To understand how this shifting occupational mix will affect the capabilities required by future workers, we classified more than 2,000 underlying activities across occupations into five categories:

While the boundaries between these activities can sometimes be blurry, the distinctions are helpful in characterizing the shifting nature of work. The more repetitive nature of most physical and information processing activities makes them prime candidates for automation. Problem solving, creative, and interpersonal activities are more variable in nature and more reliant on higher human faculties. Workers will increasingly be able to enhance their performance in these domains with AI-powered virtual assistants. But few experts believe such technologies will progress at a fast-enough pace to render human involvement obsolete anytime soon.

In the long run, we see at least one positive headline emerging from automation: The days of menial jobs that leave us feeling less like humans and more like placeholders for machines may soon be behind us.

The big challenge ahead will be determining how to transition workers from declining occupations to jobs of the future. Fortunately, the list of jobs that displaced workers in lower-skill occupations can perform, when given the right training and support, is nearly endless. The Internet has changed the economics of knowledge, giving workers in many occupations access to the information they need to do their jobs with the click of a button. In this environment, a worker’s underlying capacity for problem solving, creativity, and interpersonal connection has a much greater effect on performance. So how can business leaders help workers develop these capabilities?

First, consider problem solving. The notion that intelligence is fixed from an early age, with neuroplasticity declining over time, is outdated. The prevailing belief among scientists today is that the brain is more like a muscle, and its performance can be meaningfully enhanced throughout our lives. Research shows that equipping workers with the right set of thinking strategies—including establishing perspective, disaggregating the problem, framing, and deploying analogical reasoning—can greatly improve their decision making at work. We also know that the relationship between IQ and economic success is weak, with many higher intelligence individuals trapped in low-skill jobs that prevent them from fully exercising their potential for solving complex problems.

Second, consider creativity. While true creative genius may be rare, evidence shows that the everyday creativity required for success in jobs of the future can be taught by introducing workers to the right techniques. It is even more important, however, to create an environment that allows workers’ creativity to flourish. This requires high levels of both formal and informal interpersonal interaction, as well as a clearly communicated openness to fresh ideas and tolerance of failure.

Finally, consider interpersonal connection. Emotional intelligence is primarily determined by personality type—in particular, what psychologists call “agreeableness.” Research shows a negative correlation between agreeableness and income level, which could suggest that, in recent decades, those who adopted a more aggressive approach to interpersonal interactions have achieved more professional success. However, empathy, introspection, and behavioral adaptation will be increasingly critical in the jobs of the future. And today’s low-skill workers will have significant value to bring to the table in this respect. There is also ample evidence that interpersonal skills can be actively cultivated, particularly through behavioral modeling.