India-based corporate law firm AZB & Partners has emerged as the top mergers and acquisitions (M&A) legal adviser in the Asia-Pacific region during the first half (H1) of 2022 by value as well as volume, according to the latest Legal Advisers League Table by GlobalData, a leading data and analytics company.

According to GlobalData’s Financial Deals Database, AZB & Partners has topped the list by advising on 57 deals worth $79.8 billion.

Aurojyoti Bose, Lead Analyst at GlobalData, comments: “AZB & Partners was the clear winner leaving behind its peers by a significant margin. It was the only firm to advise on more than 50 deals during H1 2022. Moreover, it was the only firm whose total value surpassed $70 billion.” 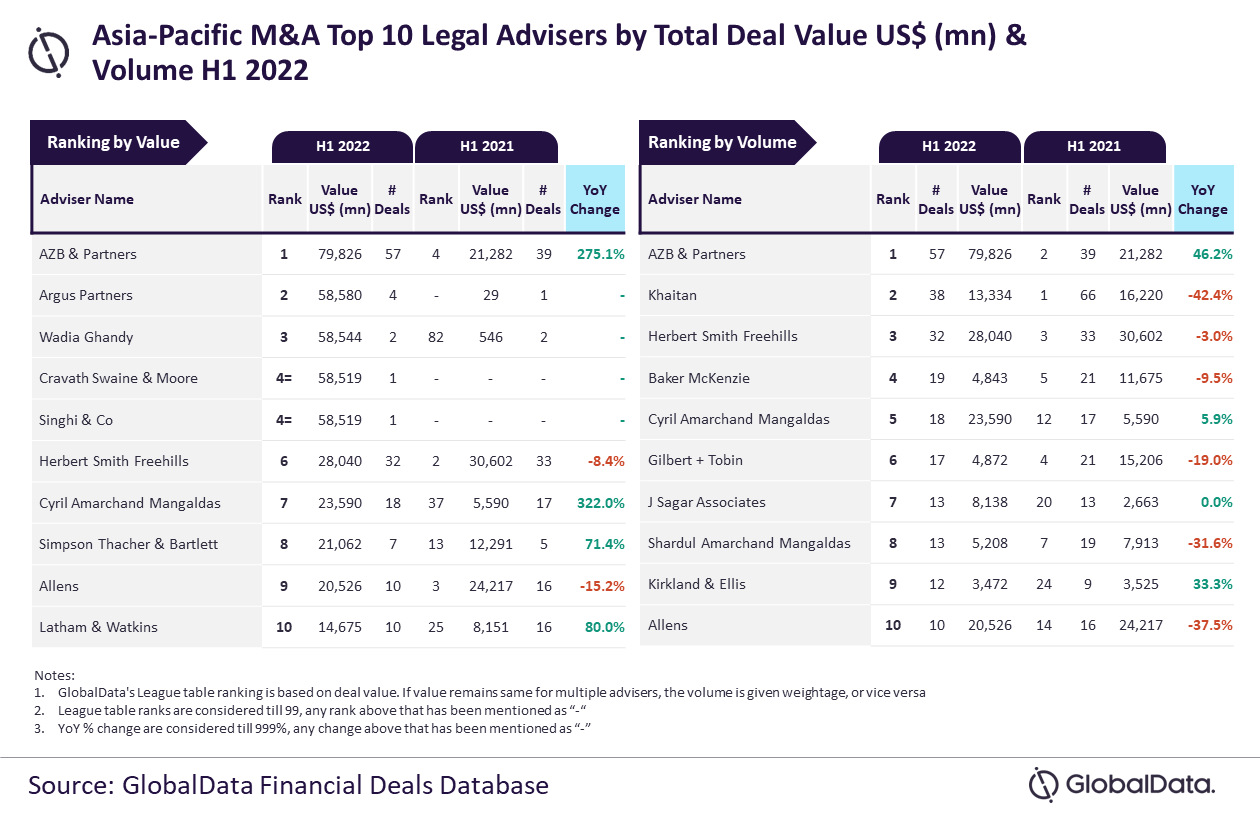 On the other hand, Khaitan occupied the second position in terms of volume with 38 deals, followed by Herbert Smith Freehills with 32 deals, Baker McKenzie with 19 deals, and Cyril Amarchand Mangaldas with 18 deals.