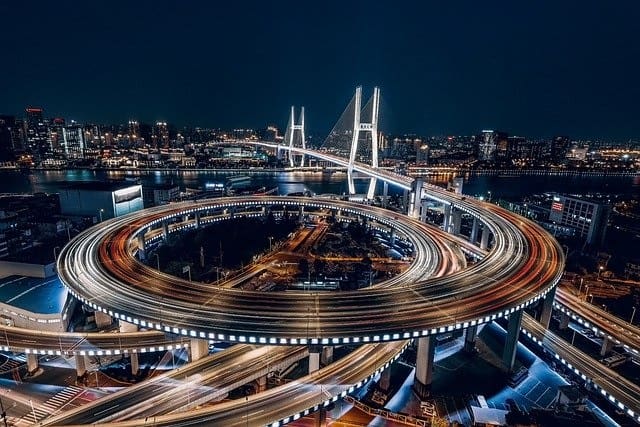 Chinese trade was severely hit after the coronavirus outbreak as the authorities locked down major cities to slow the virus spread. However, with more and more countries lifting COVID-19 restrictions, China exports have witnessed unexpected growth rates in the last few months.

According to data presented by BuyShares.co.nz, China exports hit $237.6bn value in July, a 7.2% jump year-on-year.

China’s economic development has largely profited from its export-led growth strategy. In 2013, the country overtook the United States as the world’s largest trading nation, with more than $2.2trn export value of goods that year, revealed the World Trade Organization data.

The increasing trend continued in the next twelve months, with the combined value of exported goods jumping over $2.3trn by the end of 2014. In 2016, China exports plunged 25%, falling to $2.09trn, the sharpest drop since the 2008 financial crisis. However, during the next year, the export demand recovered, reaching over $2.2trn value. Statistics show the total export value continued rising, reaching over $2.4trn in 2018, a 10% jump year-on-year.

The World Trade data showed that in 2019, China exported nearly $2.5trn worth of goods. However, this was only a 0.5% increase year-on-year, mostly due to the sharp fall in sales in the US market amid ongoing trade tensions. Nevertheless, the US and the EU remained China’s most significant export partners, with a 17% market share each. Hong Kong ranked as the third-largest destination for China’s shipments with an 11% share. Statistics also showed automatic data processing machines, textiles and mobile phones were among China’s top export goods last year.

In January 2020, the total value of monthly exports from China hit nearly $292.5bn value, revealed the China Customs data. However, due to the coronavirus lockdown, this figure stumbled to $185.1bn in March, almost a 37% plunge in two months.

With the global demand improving and more countries lifting COVID-19 related restrictions, China exports recovered to $206.8bn in May. The increasing trend continued by the end of July, with the combined value of monthly exports rising to $237.6bn, a $37.4bn increase in two months.

The country’s exports have been boosted by record shipments of medical supplies and surge in demand for electronic products. Statistics show that in July, exports to Australia jumped 15.8%. The ASEAN countries and the United States followed with 14.1% and 12.1% increase, respectively. However, sales to Japan fell 2% last month.

As the world’s largest importer, China has witnessed a surge in the import demand in the first two months of 2020, with the combined value of imported goods rising to almost $300bn, a $108bn jump since December 2019. However, statistics show this figure dropped by 44% in the next 30 days, falling to $165.2bn in March. In July, the total value of imports to China amounted to around $175.3bn, a 0.6% increase year-on-year.

The China Customs data show the monthly trade surplus, as a major growth factor for an economy, also recovered after a sharp fall in the first two months of the year. In early 2020, China reported a monthly trade deficit of $7.1bn, the first time since March 2018.

However, statistics show that in March, the monthly trade balance of goods recovered to $19.9bn, and continued rising ever since. In July, the trade surplus in China amounted to $62.3bn, a 41% increase year-on-year.