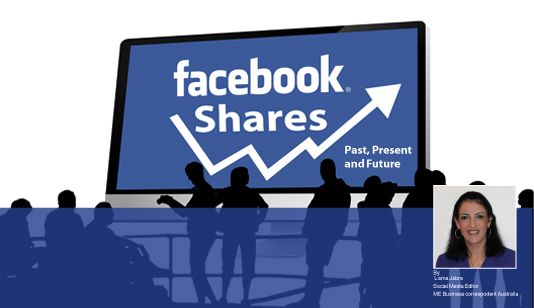 Facebook is the largest social media website on the planet.Ten years since its creation, the website received 1 billion mobile users per month during the first quarter of 2014. The social media giant has regularly acquired a billion unique visitors per month since September 2012. Facebook’s initial public offering (IPO) in 2012 raised an incredible $16 billion, but was this an indication that their stock would go through the roof? What is their stock price at present and what are the chances of it improving in the future? These are the questions we will try to answer in this article.

In order to get a feel for Facebook’s “empire” we need to go back to where it all began. In early 2004, young Mark Zuckerberg was studying at Harvard University. He and his friends created “the Facebook” program to be used in the student dormitories. Assisting him were Eduardo Saverin, Dustin Moskovitz, Chris Hughes and Andrew McCollum. This initial “Facebook” was launched in 2004 but was only available to students at Harvard. This would soon change.

Eventually it would be used in other Ivy League universities and, by mid-2004, Zuckerberg and his college buddies had moved to California and rented a home that substituted as an office. They soon found a major investor for Facebook in the shape of Peter Thiel, co-founder of PayPal, who produced the funding capital they required.

In 2005, Facebook went worldwide and social media would never be the same again. Facebook took the notion of socialising and sharing online to an entirely different level.

Users liked what they saw so Facebook continued to bring out new features that separated their social media domain from their competitors. By 2007, the website had 100,000 business pages and Facebook was becoming a credible avenue through which to advertise to the masses.

In 2009, Facebook surpassed MySpace.com, its closest competitor, as the largest social media website and during this same year their cash flow went into the black for the first time. Facebook was taking social media where it had never been before. But were they moving too fast?  Zuckerberg said they were moving at just the right speed. Many large companies tried to buy Facebook, but Zuckerberg was patient. By 2011, he decided it was the right time to consider taking Facebook public and so began the preparations.

With support from their underwriters, Goldman Sachs and Peter Thiel, Facebook raised the money needed for their IPO. The S-1 filed by Facebook claimed that the company had annual revenues of $3.7 billion in 2011, of which $1 billion was profit. On 18 May 2012, Facebook opened on the stock exchange at $38 a share … and investors held their breath. Would the company experience a first day “pop” on the stock market?

There would be no first day, second day or third day “pop”.  What did happen were technical glitches to the site on the first day of trading. When trading ended on the second day, Facebook stock had fallen to $34.03 – struggling to find ground.

By August 2012, the stock had bottomed out at $20.01.  Even so, just a month later, Facebook surpassed a billion users per month for the first time.

When the stock exchange rang the bell for close of business on 19 February, Facebook stock was holding strong at $68.06 a share; price per share, this means a rise of 79% since the initial IPO.

The very same day, Facebook purchased the mobile company WhatsApp for $19 billion and in March, they purchased the virtual reality company Oculus for $2 billion.

These purchases required around $4 billion in cash (with the rest in Facebook shares) and created much excitement. The stock subsequently surged but many questioned the reasoning behind the acquisitions. After all, neither one of the purchases were directly related to anything Facebook was doing at the time.

WhatsApp is an instant messaging service serving smartphones handling over 10 billion messages a year. It also allows users to send images, audio messages and videos. Since “sharing” is involved, you could justify WhatsApp to a certain extent, but Oculus is an entirely different technology. So why?

Oculus creates virtual gaming goggles that take gaming to a different level. The technology is relevant, and it is obvious that major game console manufacturers are paying close attention to this acquisition, but this purchase still makes it seem like Facebook was heading in a different direction than simply the sale of advertising.

Recently, Facebook acquired Ascenta from the UK. They then announced the Connectivity Lab and Internet.org. Facebook have announced the intention to use drones to enable those in remote areas to connect to Facebook – a bold move, and one that Google is also pursuing. By 19 May 2014, stock price was listed at $59.21 at close of day.

The future outlook for Facebook stock seems to be up in the air. Some analysts suggest that stock could soar as high as $100 per share, with others predicting problems unless Facebook gets some “bang for its buck” from these recent purchases. The determining factor for Facebook stock prices will be decided on trust.

Facebook investors are looking seriously at recent purchases and the $4 billion that came out of a $13 billion bank account. Although Facebook is far from the poorhouse, $4 billion is still a substantial amount to spend on what some would consider as risky moves. There are those who believe Facebook is betting heavily on this technology to be “the next big thing” – if it is, then stocks could soar but if they flop … the stocks could baseline.

Let’s face it, Facebook has encountered some trust issues from the very beginning. There have been at least 40 lawsuits over their IPO and the first day glitches that cost many people a lot of money. There are trust issues also in that they use Facebook members’ personal information for their own gain. If Facebook stocks are going to soar higher, several things are going to need to happen.

Primarily, they need to work on their trust problems. In addition, they cannot allow the Facebook website to go stale. They will need to keep it fresh and come up with new ideas and features to keep the public interested. Furthermore, they will need to make certain their recent investments are successful. Facebook is on top of the world when it comes to social media, but their competition will not waver in pursuit of their glory.

The future of Facebook shares is uncertain. The short-term outlook is stable, but the long-term predictions rest upon numerous speculations and possibilities.

CEO Mark Zuckerberg is confident they have made the right decision for their investors. The question will be whether he has convinced them thoroughly. Only time will tell.