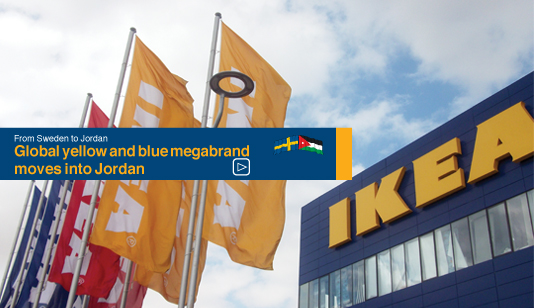 Once upon a time nearly a century ago, a five-year-old boy began his first business by selling matches to his neighbours. By the time he’d turned seven, he’d discovered he could buy matches in bulk in Stockholm, and re-sell them individually at a very low price, whilst still making a good profit.

This little boy grew to become the world famous entrepreneur behind the famous yellow and blue Swedish megabrand, IKEA – Ingvar Kamprad. Mr Kamprad was raised on a simple farm near the village of Agunnaryd in southern Sweden and, even at such a tender age, knew that he wanted to grow this small business … by the age of 17 hed created IKEA (in 1943).

Since then, IKEA Group has grown into a retail megabrand with over 139,000 workers in 27 countries and over 300 stores, generating annual sales of more than €27.9 billion (US $38 billion) (IKEA 2013 figures).
IKEAs vision is “to create a better everyday life for the many people”and their business idea is “to offer a wide range of well-designed, functional home furnishing products at prices so low that as many people as possible will be able to afford them”.

However, IKEA does not forget that it inhabits an ever changing environment, both economic and ecological. Many of IKEAs products are wooden, and as a gesture towards social responsibility and preserving the environment, IKEA joined the Forest Stewardship Council (FSC) in 1993. The FSC sets international standards for responsible forest management, and accredits independent third-party organisations that certify forest managers and forest-product producers to these standards.

Driving through the streets of modern day Amman, Jordan, mega-billboards announce the long awaited launch of IKEA Jordan. Half an hour out of the city, on the airport road, yellow and blue flags mark our approach to the unmistakable yet big blue building. When Middle East Business visited IKEA one week before its launch, one could sense the passion and hard work – just like an enormous yellow and blue beehive, buzzing with activity. Employees were undergoing training, running evacuation/emergency simulations, with maintenance teams checking the elevators while others cleaned and arranged the stock showroom and warehouse areas.
With brand values like humility, leadership, enthusiasm, value-for-money, renewed spirit and responsibility, employees must have felt both challenged and encouraged at the same time.

More and more international brands are moving or investing in the Middle East area, against all odds. And IKEA takes all challenges seriously. That’s why IKEA, the Swedish company, has decided to go bigger and open a branch in Amman, Jordan. Its mission is to offer a wider range of well designed, functional home furnishing products at low prices for Jordanians. This comes at a time where the economic atmosphere in Jordan looks gloomy, and the level of expenditure is in decline. Which is the perfect time for the arrival of such a store.

This megastore opened on March 6. Hundreds of people attended the launch, all happy with the big achievement. Ammans IKEA store has created hundreds of jobs at a time when unemployment is rising amongst Jordans youth. It has also created hundreds of indirect jobs and contracts for the supply-chain required to build its big stores including builders and construction materials.