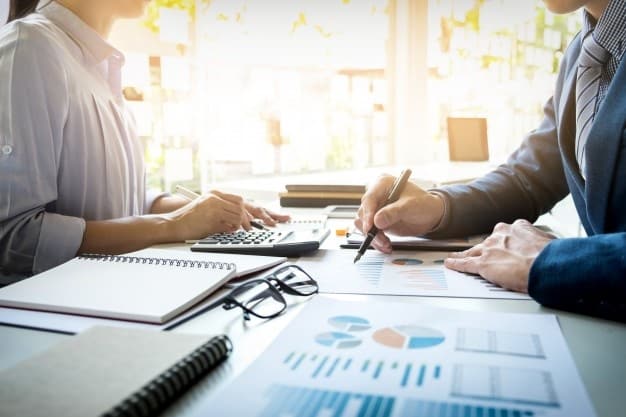 How are the big four consulting firms mentioned on social media?

Smitarani Tripathy, Influencer Analyst at GlobalData, comments: “The COVID-19 pandemic has led to a monumental shift from traditional office work to work-from-home since 2020. However, top employers, including the big four consulting firms, are more convinced about the productivity gains achieved while employees seek the autonomy and flexibility.”
However, Deloitte Touche Tohmatsu Limited (Deloitte) turned up as the most mentioned company among the big four consulting firms on basis of social media conversations of Twitter Influencers and Redditors in 2021*, according to GlobalData, a leading data and analytics company. 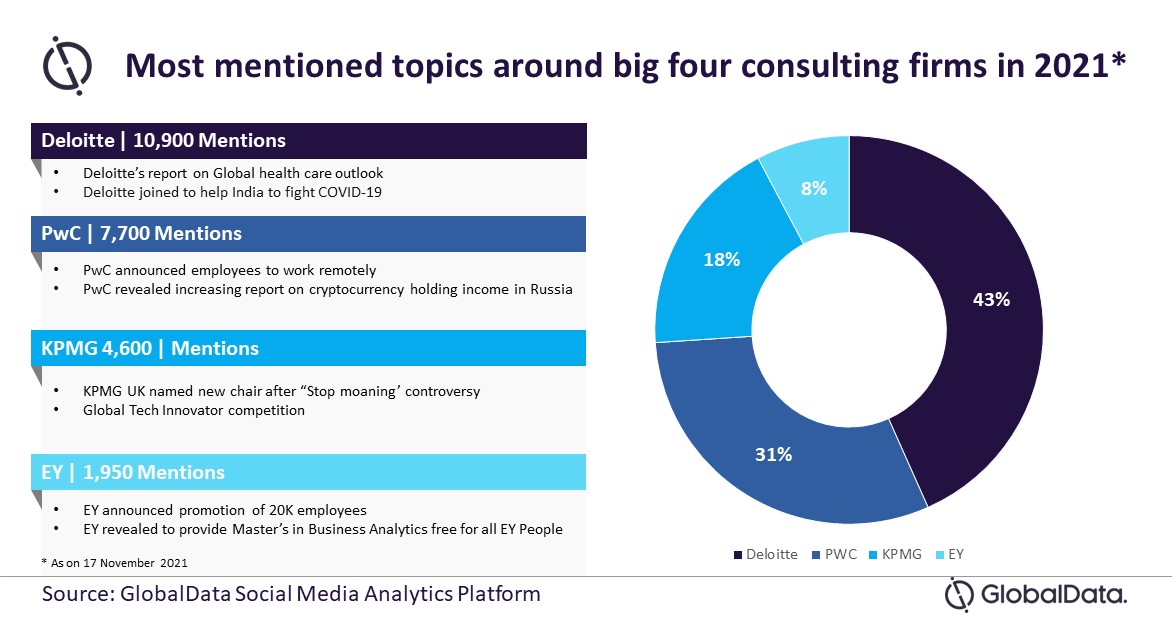 The Influencers’ discussions on Deloitte in 2021* were mostly related to the reports published by Deloitte on ‘Global health care outlook’, ‘Growing sales of electric vehicles’, and ‘Cost of natural disaster due to climate change in Australia’.

Tripathy explains: “The conversations on Deloitte were largely contributed by tech experts tracked by GlobalData’s SMA platform, followed by the CEOs. The key focus of discussions among the tech experts was Deloitte’s report on AI application in healthcare. Tech experts opined that AI and other digital technologies are now in focus to resolve complex clinical and non-clinical problems as the pandemic has enlightened doors for implementation of new technologies.”

Conversations around Deloitte also surged when the company joined in the list of 40 US companies to create a global task force to help fight the spread of COVID-19 in India.

PwC emerged as the second most discussed consulting company. Social media contributors discussed largely on the company’s announcement to allow all its US client services employees to work virtually and remotely. Influencers on Twitter explained the company’s step to adopt permanent remote work to accelerate the future of work, as preference is changing due to the COVID-19 pandemic.

Another key topic to drive conversations around PwC was related to the findings on its report that people in Russia have been increasingly reporting their income from digital assets, mainly cryptocurrency holdings.

Discussions around KPMG were spiked up the most in 2021*, when the KPMG UK named new chairman after ‘Stop moaning’ controversy. Other topics to drive conversations around KPMG were the company’s report on ‘Impact of AI on the technology industry’, and Global Tech Innovator Competition.

KPMG also released Australian fintech landscape 2021, which made spike in social media conversations. The reports revealed the count of active fintech companies increased from 701 in 2020 to 718 in 2021, majorly driven by merger and acquisition.

Twitter Influencers were mostly active on conversations around Ernst & Young Global Limited (EY) in 2021*. Discussions were majorly led by the company’s announcement on promotion of 20,000 employees including managers, senior managers, directors and executive directors across the globe.