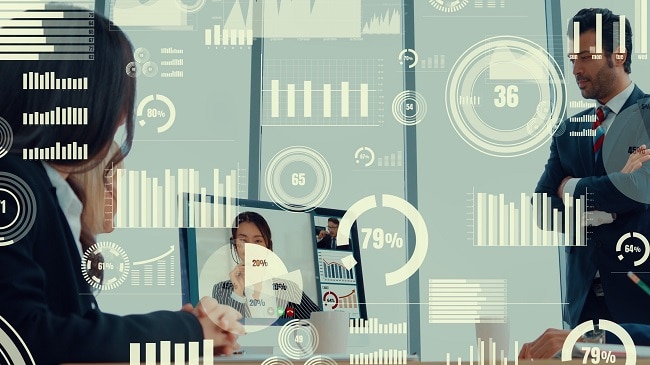 2022 has been a rough year for the world’s largest tech companies. After a series of disappointing results, the stock prices of Apple, Alphabet, Microsoft, Amazon, and Meta slumped, wiping off trillions of dollars in their market values. Still, the social media giant Meta suffered the most brutal hit.

According to data presented by TradingPlatforms.com, Meta’s stock value plunged 70% year-to-date, the biggest drop among the big five tech companies.

Almost $750B Wiped off the Stock Value

Meta’s move to the Metaverse dragged down profit, as the company lost a shocking $9.4bn in the nine months of 2022. Investors have been concerned about Meta’s rising costs and expenses for some time. In the third quarter, they jumped by 19% YoY to $22.1bn, while profits plunged by 52%. The company’s operating income was down by 46% from the previous year to $5.66bn.

The rising costs and plunging profits led to more than 11,000 layoffs, or 13% of Meta’s workforce, and caused its stock value to plummet by $750bn since the beginning of the year. More than the loss of any other major tech company. According to YCharts data, Meta’s market cap stood at $307bn last week, down from $1.05trn in January.

Amazon follows Meta when talking about the stock value drop. The e-commerce giant narrowly missed sales expectations for the third quarter, but what mostly spooked investors was its guidance for the important holiday quarter, which predicts a significant slowdown in year-over-year sales growth. Immediately after the announcement, Amazon’s stock value plunged to its lowest level since early 2020 and down 45% for the year. Although it slightly recovered since then, the tech giant still lost $509bn or 35% of its stock value this year.

Apple, Microsoft, and Alphabet also count their losses in hundreds of billions of dollars. In October, Alphabet reported its weakest quarter-over-quarter growth since 2013, except for the period early in the Covid-19 pandemic. Revenue growth slowed to 6% from 41% a year before as the company faced a continued decline in online ad spending. Also, its stock value dropped by $470bn or 28% year-to-date, the third-largest decrease among the Big five.

Microsoft lost $526bn or 22% of its stock value in 2022, while Apple has seen the smallest market cap drop of all five companies, with its stock value falling by $270bn or 10% this year.

The YCharts data show the five tech giants have collectively lost more than $2.5trn in stock value year-to-date. Last week, their combined market caps amounted to $6.5trn, down from $9trn in January.