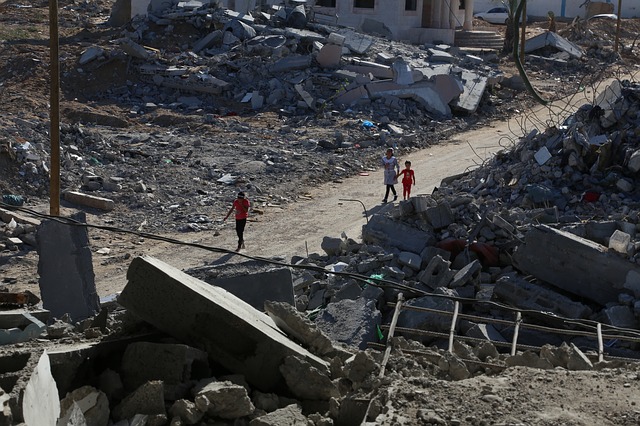 United Nations Resident and Humanitarian Coordinator for the Occupied Palestinian Territory James Rawley presides over the launch of ILO projects as part of the UN-wide response to the loss of Palestinian livelihoods and economic opportunity in Gaza.

“Enabling the community in Gaza to access decent work opportunities is the economic brick and mortar of sustainable development and is as much a necessity as the physical reconstruction effort,” said Mounir Kleibo, the ILO Representative in Jerusalem. “That is why targeted interventions such as those launched by the ILO are intrinsic to restore dignity to the people of Gaza and trust in the process of reconstruction.”

ILO-funded projects launched on Monday included a partnership with the Islamic University of Gaza to improve employability among engineering students as well as persons with disabilities. In partnership with the Women’s Affairs Centre in Gaza, ILO projects targeting employment of women graduates and sheep breeders were also launched during the visit.

Rawley’s mission to Gaza also consisted of an ILO-funded project launch with the Gaza Chambers of Commerce, Trade, Industry and Agriculture to improve the employability of persons who were laid off during the 2014 conflict. An existing ILO local economic development project in Gaza’s fisheries sector  was also expanded during the visit.

The ILO estimates that the 2014 conflict in Gaza raised unemployment from 32.6 per cent to 36.9 per cent and caused an estimated daily loss in economic activity of US$ 508,000 per working day since August 2014. At the Cairo Conference on Palestine in October 2014, countries around the world pledged US$5.4 billion towards the physical and economic reconstruction of Gaza. However, funding has fallen well short of pledges and the United Nations has called upon donors to fulfil their commitments.