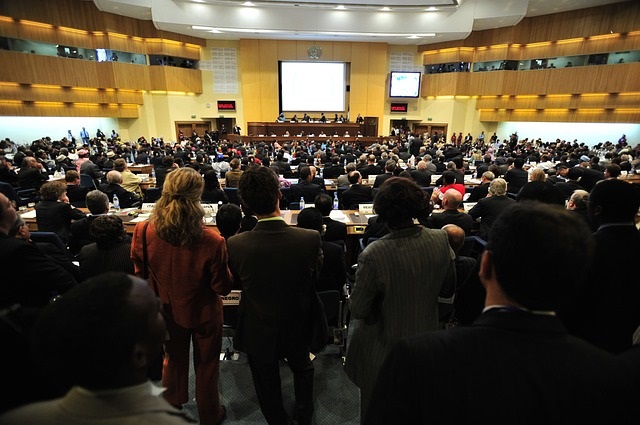 Middle East Business Magazine a Communication Partner – The 4th EU-Arab Summit, the leading initiative of economic and political dialogue between Europe and the Arab world, concluded with great success. The Summit which was held last October 29-30, in Athens, under the auspices of the Hellenic Presidency,  was organized by Al-Iktissad Wal-Aamal and Delphi Economic Forum while Consolidated Contractors Company was the strategic sponsor.

The successful inclusion of workshops -in parallel with the main event- which took place during last year for the very first time, featuring CCC BIM Center and Education workshops, was a great addition to the Summit’s range of topics. Therefore, this year two workshops were held, on Startup Entrepreneurship and Real Estate. The Startup Convention, a Consolidated Contractors Company initiative led by its own staff,  intended to promote public and private discussion as well as the exchange of experiences regarding the Startup ecosystem. The aim was to bring together public sector representatives, startup hubs, incubators, accelerators, uprising startups, as well as domain experts for wide-ranging discussions with attendees on knowledge transfer, startup success stories, and the means available for them to pave their way to success and support the uptake of entrepreneurship in both Europe and Arab regions. The Real Estate workshop hosted real estate companies from EU and Arab countries covering various subjects, such as the current investment opportunities in Greece, international residential development, the current legal framework to obtain Golden Visa in Greece, integrated engineering services that can be offered to potential investors and wealth management. The indisputable success of the workshops precludes the need for the permanent establishment of similar initiatives.

Within the 4th EU-Arab Summit context, there were also many business-to-business meetings between officials, companies, organizations, and chambers of commerce from European and Arab countries, such as Kuwait, Saudi Arabia, Lebanon, Palestine, Egypt, Algeria and more.  BIM & Sense1 were once more among the significant companies which participated in having their own presentation stand in Megaron’s foyer. A spot where many great networking relations were created and strengthened during these two days, in front of the stands of the esteemed sponsors who highlighted their presence to the Summit. Their participation in the EU Arab World Summit is always highly appreciated since they comprise one of the most essential and noteworthy roles of this event.

Middle East Business Magazine’s Editor in Chief has participated in the summit and tackled the challenges and opportunities of the investments between the EU and the Arab world.

Several organizations partnered with the Summitsuch as Swiss Arab Network and the Palestinian Businessmen Association and Greek Chamber of Commerce.