Between 19 and 20 February, the Startup Campus V4 Global Tour has started in Istanbul, teaming up with the World Business Angels Investmet Forum (WBAF) as the Official Regional Partner. Six Hungarian and two Polish innovative companies were introduced at the world scale conference for partners such as Türk Telekom or Celebi. The aim of the Startup Campus V4 Global Tour is to introduce the ecosystem and startup companies of the Central European region. The mission of the programme involving 10 cities and venues is to present the economic and innovative opportunities of the V4 countries.

The innovative ecosystem of the region can only achieve long-term success on the global market if they join forces and cooperate with each other. The events are always organized as part of a bigger conference, which assures an excellent opportunity for the startups to expand and raise funds in the country. DLD Tel Aviv in September and Gitex Dubai in October are among the tour destinations. 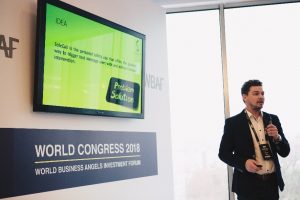 „The event gave us a chance to know the Turkish startup community better. We see a serious possibility in cooperating between the two innovative ecosystem. As a first step we are planning to organize a 1 week long European introductory series of events for those 10 Turkish startup companies that were involved in the programme. Budapest, Hungary can be the best meeting point to the Turkish innovative companies wishing to enter the European market.” – said Zsolt Kovács, the initiator of the Startup Campus V4 Global Tour.

The above-mentioned event in Budapest for the Turkish startups would be the first event of Hello Tomorrow Hungary on the ”Future of Autonomous & E-Mobility” on 8th June, 2018.Hello Tomorrow was born in 2011 in Paris with the purpose and mission to support the transfer of deep technologies all the way from the lab to the market. To achieve this a global ecosystem is built that is conducive to deep-tech innovations. Since its foundation over 13,000 applications from deep-tech startups have been recieved thanks to the network of universities and incubators in over 100 countries. Thousands of startups have been accelerated through fundraising and collaboration with industry leaders. 10 local innovation hubs have been established over 4 continents. Just recently Hungary was put on the global map of Hello Tomorrow. The mission of the local Hello Tomorrow Hub in Hungary is to accelerate the transfer of breakthrough technologies into real world solutions by discovering, highlighting, empowering and connecting the most promising Hungarian deep-tech entrepreneurs with the right local and global enablers

The Visegrad Cooperation or commonly V4 is a regional organizatin including the Czech Republic, űpoland, Hungary and SLovakia. The aim of this cooperation is to jointly represent the ecnomic, diplomatic and political interests of these Central european countriesand to coordinate their future plans. Currently Hungary serves as the term president. 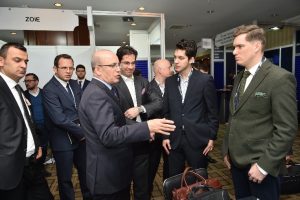